We’re more than halfway through 2019, a year that has seen some truly massive movies, and watched others shrivel up in the light of the summer sun. Let’s take a look at one list of what failed to meet expectations, and add our own accordingly.

The folks over at WhatCulture made a concise video rundown of the movies that have stunk up the 2019 atmosphere (so far). While there will no doubt be several additions to this list as we head into 2020, as a person who watches a lot of movies and reads many, many reviews as part of my job, WhatCulture’s round-up seems to nail it in terms of accuracy. They also focus on some of the potential positives of the films instead of just ripping them apart, which is a nice touch.

In some cases here, “disappointing” doesn’t mean the movie on the whole is terrible, but rather that it did not live up to its promise or hype. In others, it’s clearly a matter of plain bad filmmaking. Of course, they might have left some of your own least-favorites this year off the list, so be sure to tell us in the comments what made you want to throw popcorn at the screen.

Watching this video, I was struck by how many movies detonated on landing because of a dull, leaden script. The acting could be good, the special effects could be on-point, the cinematography innovative, but in the end the whole thing falls apart by dint of a crappy story and/or painful dialogue. “The dialogue feels like someone’s been reading a book on how to make t-shirt slogans,” WhatCulture says of X-Men: Dark Phoenix. Ouch. There are so many fantastic screenwriters out there—what are you doing, Hollywood?

Let us descend, you and I, in order of increasing disappointment.

“The script is poor, the characters pretty roundly awful, and it lacks any kind of substance.” We may have to finally let our favorite big red guy go. Please, can we just let him go back to the enchanted chest of wonders Guillermo del Toro keeps in his basement? He’s safer there.

With a script that was “butchered” and “awful,” the last installment in this X-Men franchise couldn’t rise from the ashes. (Sorry.)

A tale about aging white male comedians looking for glory on a road trip and starring Richard Dreyfuss, who is very far from Mr. Holland’s Opus, and Chevy Chase, who by most accounts is not a very nice person, the clips shown above made me feel uncomfortable. I’m glad that this movie slipped past my radar entirely.

According to WhatCulture, this Steven Soderbergh-directed look at basketball and capitalism doesn’t stick the landing. I haven’t seen it, and some reviewers were full of praise, so I’m thinking this might not have met some expectations, but it’s no Dark Phoenix.

The video bemoans that the Matthew McCounaghey/Anne Hathaway-starring “neo-noir thriller” Serenity was marketed as a straight-up mystery and didn’t lean hard enough into its actual completely and utterly bonkers twist. Maybe with better marketing this movie could’ve made more of a splash, but it’s also a lot. Also, Serenity was a vague, nonspecific, forgettable title back when the Firefly crew first used it in 2005. 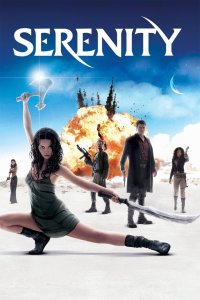 Not bad, but “a lot slower and more dull than anyone could have possibly imagined it was going to be.” How do you take a movie about elite special ops soldiers starring Oscar Isaac, Pedro Pascal, Ben Affleck, Charlie Hunnam, and a bunch of other boldface prettyface names, and make it boring? Triple Frontier is considered such a flop that it has prompted Netflix to dial back their movie-spending budget.

This is apparently a film about the early days of heavy metal band Mötley Crüe, and typing out that sentence is just about as much effort as I can muster to care about it.

This one feels personal. As a big fan of both Tessa Thompson and Chris Hemsworth, and of movies about aliens, I really wanted the rebooted Men In Black to work. But the movie felt lifeless and dull. It wasn’t so terrible as much as it was stupid and assumed that you, the viewer, were also stupid, and had never seen a film before in your life. What a waste of a terrific cast.

Another “neo-noir,” this time based on a Dark Horse Comic and of the action variety, Polar stars everyone’s favorite Danish Hannibal Lecter, Mads Mikkelsen, as a retired assassin who ends up doing a lot more killing. The movie was released on Netflix. “Too dull and too weird for its own good,” declares WhatCulture.

WhatCulture would seem to concur, giving Glass the #1 most disappointing slot and declaring that the movie “got Shyamalan’s bad mojo on it to a detrimental level.” It is, ultimately, “a boring, messy affair.” Unwilling to tarnish my fond memories of Unbreakable, forever preserved in the amber of 2000, I skipped this one, and it appears to have been one of my better choices.

Do you agree with the picks here? A few more from your Mary Sue staffers: Dumbo, Pet Sematary, What Men Want, and Godzilla also made us feel the burden of dashed expectations. We’re crossing fingers this list won’t grow too long by the end of the year.