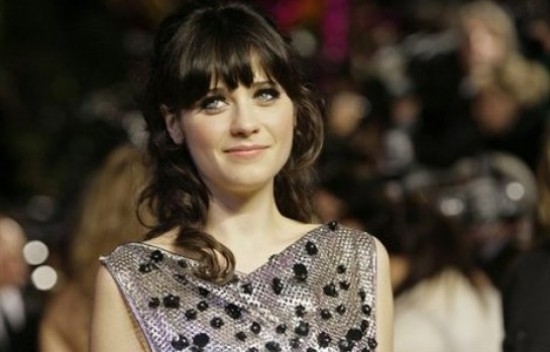 It is a point of girl geek pride that the very first computer programmer was one of our own, Lord Byron’s daughter Ada Lovelace, who had a fondness for math, foreign languages, and analytical engines. Production Weekly got it all started with the following tweet on the 17th. “Zooey Deschanel in talks to play Ada Lovelace in “Enchantress Of Numbers,” Bruce Beresford plans to direct the period drama this fall.” Then The Nod got a hold of it. And then Gizmodo. And then every geek boy in the world wet themselves. Because OMGYOUGUYS, it’s ZOOEY!

Meanwhile, I was busy praying this would never come to be. 5 reasons why Zooey Deschanel as Ada Lovelace is a terrible idea:

Update: Whew! It’s not happening after all.

1. Zooey is beloved by geeks because she’s the prototype Manic Pixie Dream Girl. She shows up and messes up your well-ordered life by explaining vinyl records and breaking the kinds of laws that no one enforces (like jaywalking). She does not make your life more ordered by introducing you to Quicken.

3. And honestly, it’s not just her career we’re talking about. She puts out twee albums and married Ben Gibbard. Ben Gibbard? Come on. Now every pasty sensitive boy thinks he can snag a model.

4. So, the movie hasn’t started filming at it feels deeply like they cast her to get the buy-in of the “geek” market, believing that that market is exclusively male. A movie about the first geek girls. A team that doesn’t seem to believe in geek girls. My brain hurts.

5. Do you know who’s super good at playing smart? Her sister EMILY. Hell, everyone loves Emily. She’s television’s foremost smart geek girl on Bones, and what is Ada Lovelace if not the spiritual forebear of Dr. Temperance Brennan?

In conclusion, ugh. I’ll Netflix it.