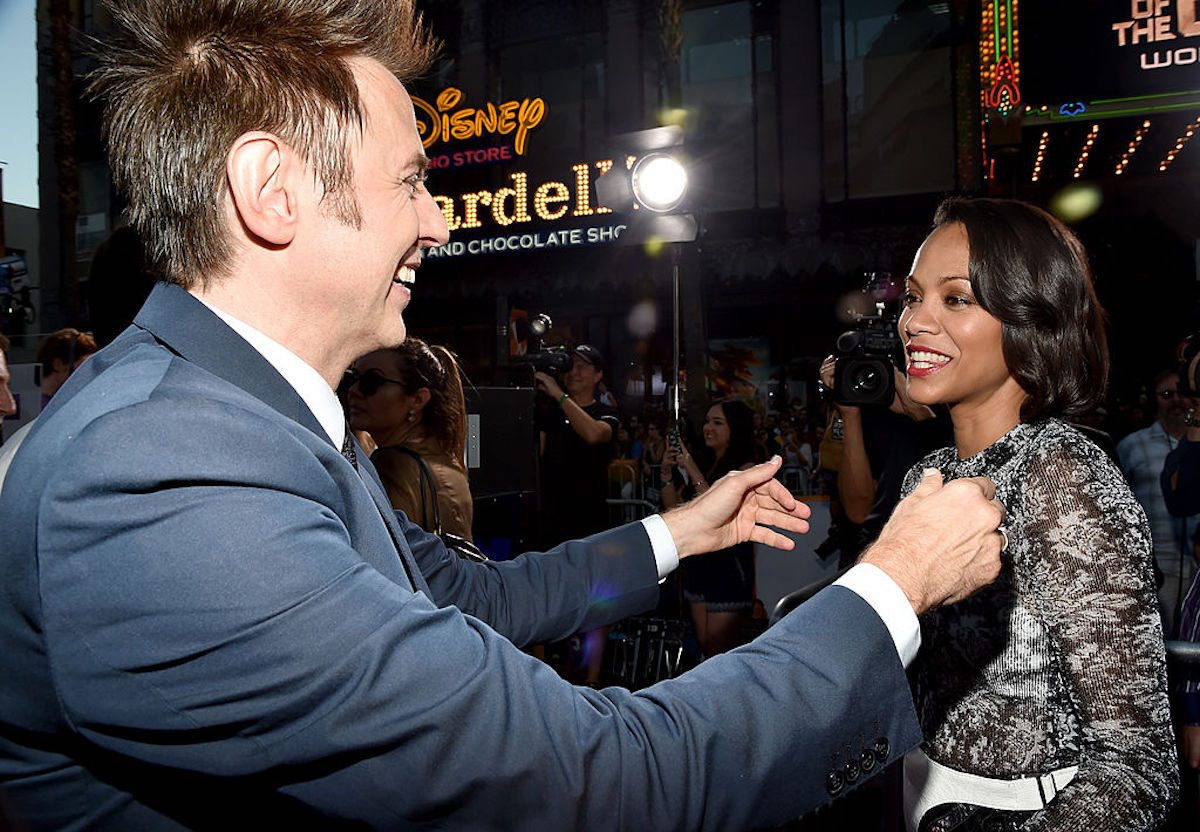 Actress Zoe Saldana has a really excellent take on Disney’s surprise restoration of James Gunn to the Guardians of the Galaxy franchise.

Much ink has been spilled about the Gunn conundrum, but I’ll spill a bit more for those just catching up. When Gunn was reinstated to the Marvel Studios franchise in an unexpected move last month, I agreed that this was the right thing to do. While Gunn’s old, off-color Tweets were certainly in poor taste, they were just that—decade-old news—and for me the most troubling element of the whole debacle wasn’t the Tweets, but rather that Disney had so quickly caved to pressure inflicted by an online alt-right brigade targeting Gunn.

Gunn was targeted because he was an outspoken critic of President Trump and his administration, and it was frightening to watch the mission to take him down prove so successful. Disney’s knee-jerk action—kicking Gunn to the curb the same day the resurfaced and compiled Tweets spread across the Internet in a viral campaign—was at fault.

Gunn’s sincere apology for his “totally failed and unfortunate efforts to be provocative” Tweets, which he deemed “stupid, not at all funny, wildly insensitive”—and his refusal to bad-mouth the studio or anyone involved—also demonstrated the right kind of approach a famous person should take when caught in a scandalous crossfire. He kept his head down thereafter and was almost immediately courted by studios keen to take advantage of Disney’s mistake, handed the reins to Suicide Squad 2 over at DC in the interim.

It’s definitely the case that Gunn had the advantage and privilege of good will that might not have been extended to a woman or person of color in his situation, but his reputation as a director was also well-earned. The entire Guardians cast was so distraught by his firing that they signed an impassioned letter of support shortly after the incident, standing by Gunn and writing that they were “discouraged by those so easily duped into believing the many outlandish conspiracy theories surrounding him.” Actors like Dave Bautista were outspoken about their outrage to the point of jeopardizing their own future in the MCU.

Now Gamora herself is here with some keen insight into the Gunn Matter. Zoe Saldana was asked about his reinstatement at the recent red carpet for Laika Studios’ upcoming animated movie The Missing Link (wherein she voices the female lead). When asked by Variety, Saldana answered that she was “proud” of the Disney higher-ups’ decision to “step up” and reverse Gunn’s firing.

“I’m really excited, and I’m proud of [Disney CEO] Bob Iger and [Disney Chairman] Alan Horn for stepping up and making a decision to reinstate James Gunn,” Saldana told Variety. She then made a point about the good lessons that can be learned from what happened that I hadn’t considered:

“I think the theme of redemption is a theme that we weren’t ready to discuss in 2018 because it was important for women to also strive to make workplaces more ethical and more professional. Not just for women but for men, as well,” Saldana said. “But leaving that space for redemption, for error, and then coming forward with so much humility and saying, ‘We acted impulsively and we’re going to rectify this,’ Disney is a big entity and they make content for younger audiences. You’re sending a strong message to kids, and that, I commend them for it.”

The mutual themes of both redemption and acknowledging error are often lost in the furor and hubbub that follows a big public incident, because they so rarely play a part. Too frequently we see people accused of troubling behavior either vehemently deny any responsibility or going underground without engaging first, hoping everything will just blow over. This is not what happened here. It was correct for Gunn to apologize for his past behavior, but the punishment should fit the crime, and context is something that needs to be seriously considered and often is not in the nonstop churn of our Internet-based news cycles. It’s even more rare to see a studio reverse such a high-profile call, and Saldana is correct in pointing out that there’s a lot of positive takeaways here for everyone.

“And obviously, I’m happy to have my captain back on board because we were panicking,” Saldana added. “No other person can be like James Gunn for ‘Guardians.'” From Saldana’s comments on being excited and having their captain back, we can assume some momentum has resumed in the stalled Guardians franchise. With Suicide Squad 2 now first on Gunn’s slate, however, and that movie still in casting while aiming for a 2021 release date, when we might really be returning to space with Saldana and company is anyone’s guess.