Zoe Saldana Is Not Having Your Snobbishness About Marvel Movies, ThankYouVeryMuch 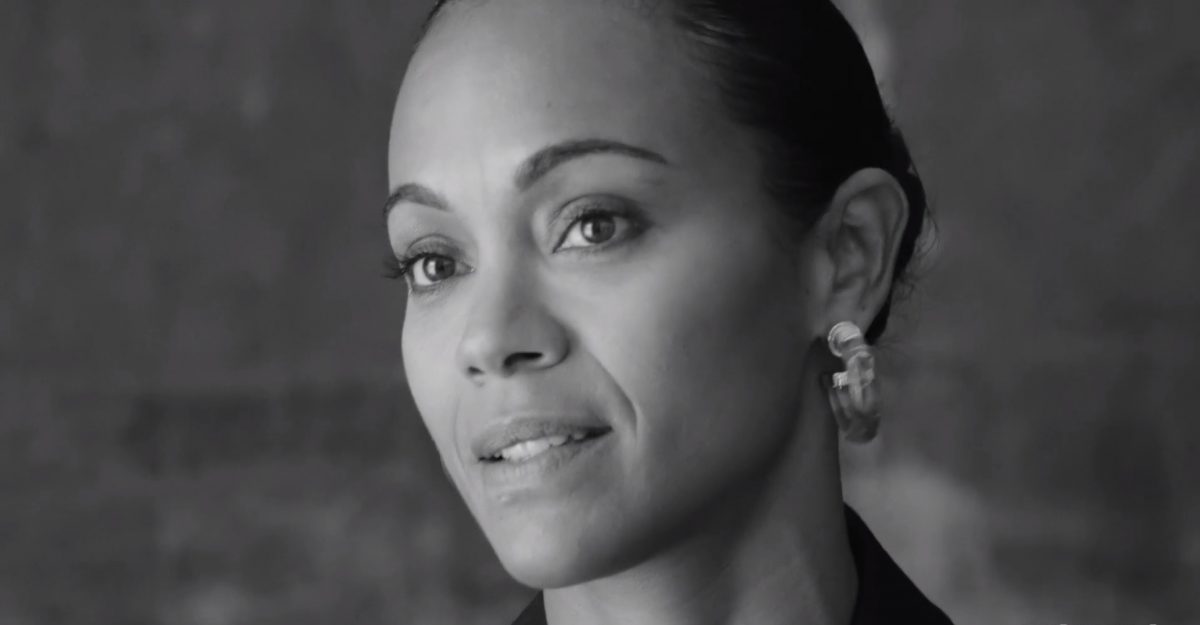 It would be easy for someone who has zero actual experience with superhero stories (other than the truckloads of money they rake in) to dismiss them as fluff, and dismiss those who participate in them as sellouts, but we know better. We know how powerful a superhero story can be: as an allegory, as inspiration to both children and adults. Zoe Saldana has no time for Hollywood execs who look down on her, her talent, or her integrity because she’s chosen to play Gamora.

In an interview with Net a Porter, Jennifer Dickinson talks to Saldana and wonders aloud why Saldana doesn’t have bigger name recognition than she does, considering that she has a healthy mix of indie fare and huge blockbusters on her resume, including a role in the biggest cinematic universe going right now. Saldana ties it to two things. The first, is snobbishness around genre films:

“I’ve been in rooms with people in this industry who are great at what they do, but they’re absolutely elitist and they look down at movies like the Marvel films or actors like myself. They think we’re selling out in some way. Every time they speak I feel so disappointed in them, because whenever you see pictures of people in this industry who donate their time to children in need, it’s these actors that live in the world that you feel is selling out. It’s these actors that understand the role that they play inspires a five-year-old who has one dying wish to meet a superhero. That actor takes time out of their life and sits down with that five-year-old and says, ‘I see you, I hear you, and you matter.’ Those elitists should be a little more cognizant about what playing a superhero means to a young child. Because you’re not just dissing me, you’re dissing what that child considers important in their world.”

Saldana also brings up the issue of representation, and the fact that genre stories are often more inclusive by nature. She says that sci-fi women like Aliens‘ Ellen Ripley or Terminator‘s Sarah Connor have inspired her since she was a kid, calling them her “true north.” Now, she’s proud that she might be something similar for other young people who might not feel seen “I feel so proud to be living in space, to be playing green and blue aliens, to inspire, primarily, the younger generations,” she says. “I remember what it was like to be young and to feel completely excluded out of the mainstream conversation of life because I was just little and unimportant and ‘other’.”

When Dickinson wonders about Saldana’s stardom, she asks, “But Saldana is a star. A star of some of the biggest films and franchises of all time. So why isn’t she in the same one-name or even nickname league as Angelina, J.Law or Reese? Why aren’t you sick of seeing her on the cover of every magazine?”

You might have noticed that the three other women she mentioned were all white. And so, after coming up with several other reasons why she’s not on as many magazine covers as other people, she sighs and says, “I think it has a lot to do with race.”

“‘Color doesn’t sell’ – they hide behind that excuse. But in reality, if you are in a position of leadership, that means that you have the responsibility to guide the narrative and re-shape it and put it on the right track. When you’re not setting that trend, then you are no different than the shackles that are binding you.”

Well, the fans know what a star Saldana is, even if her own employers often don’t.