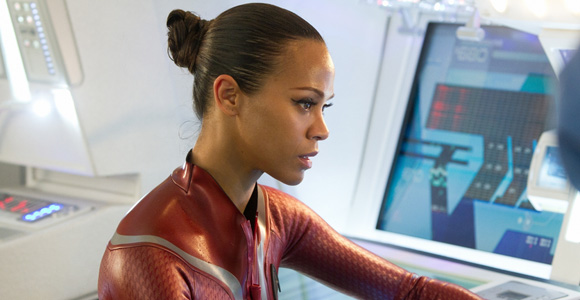 When Marvel’s Guardians of the Galaxy was first announced, many were shocked that such a team was being translated to the big screen. Considering Marvel movie fans are used to the Captain America-types, it’s certainly a departure. But perhaps that’s a good thing? Star Zoe Saldana seems to think so.

In an interview with MTV, Saldana spoke about how GotG will stray a bit from Marvel’s current hero structure.

“[It’s] a new way to view superheroes. I mean, I love sometimes the consistency of what the classics have left behind, but I need innovation, you know, and you can only have so much of ‘I’ll save you!’ you know, after a while it’s like ‘Oh god, does he go to the bathroom? Is he hungry? Like, does he cry? Does he feel?'” she told them. “And not only do we cover that, we actually cover, we’re making heroes out of thieves, and they’re Robin Hoods and I love that because I’m an underdog. And I always like the longer route, the hardest route, because that’s the only one that’s going to teach you great lessons in life and these characters are absolutely amazing and they have a full blown redemption.”

She also touched on her personal experience working on the film and the folks surrounding her.

“To sink your teeth into such meaty characters and to be a part of such a story that is very unique and obviously has everything that I love – it has space, it has a kooky director that literally has just cojones, you know? It has amazing actors that you would have never thought to put them all together and somehow we’re all here, giving 150% and loving the story that we’re doing,” she said. “It’s gonna be very…I hope…I never like to shoot myself in the foot to seem that confident that I may come across as arrogant, but I’m rooting for it a great deal because it was amazing.”