Finally: A Barcode Scanner for Zebras 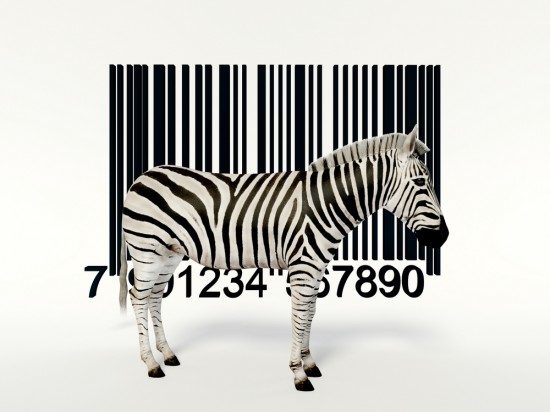 Ok, not exactly a barcode scanner, but close enough. A new system called StripeSpotter allows researchers to automatically catalogue and identify zebras based off their markings alone.

Here’s how it works: using a digital image of a zebra, the user defines an area on the zebra. From this, the software creates a “StripeString,” a sequence of white and black bands. Put enough of these strings together and you have a “StripeCode,” a unique identifier for each zebra, which is entered into a database. By comparing the ratio of white to black in the StripeCode, the system can differentiate between animals with great accuracy.

StripeSpotter can also identify other animals that have pronounced patterns in few colors, such as giraffes and tigers.

Now, this may not be useful to everyday folk like you and me, but I think we can all agree that it’s about time this technology existed. With barcode history going back more than 60 years, we can finally scan a zebra as we would a six pack of beer.

(via New Scientist, image via ShutterStock)