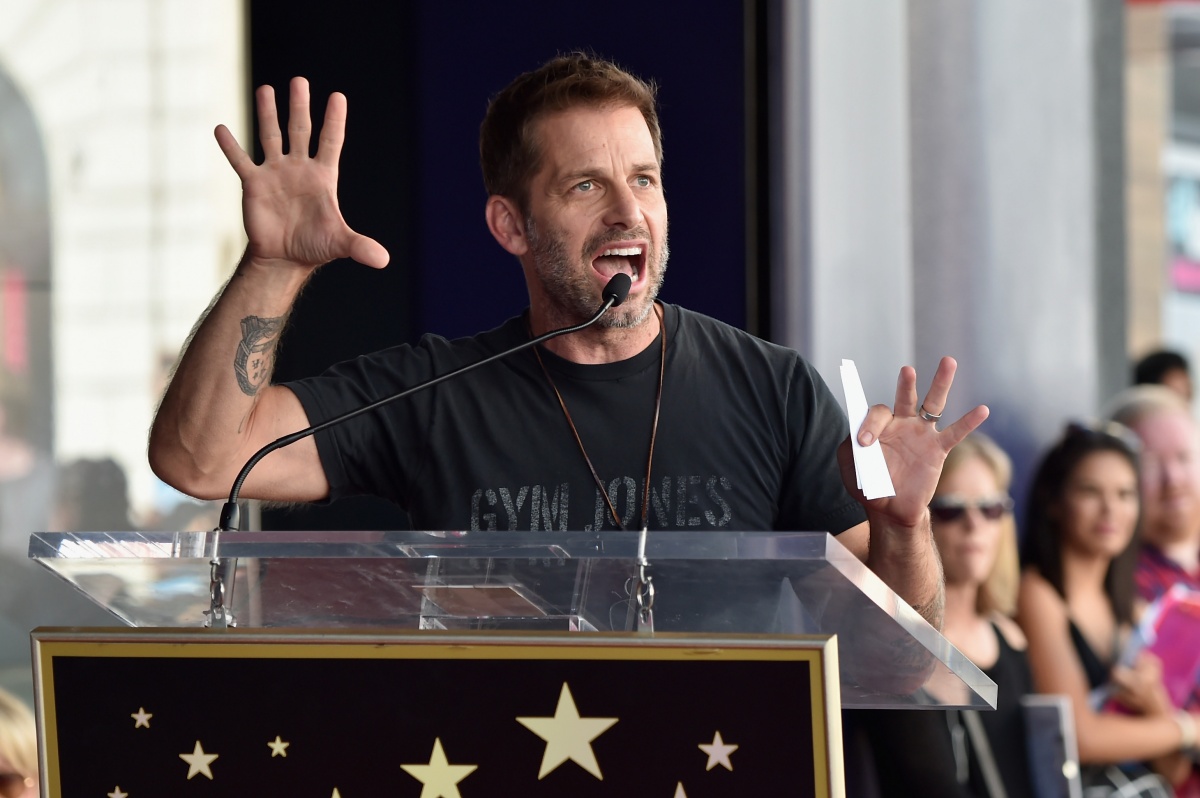 As soon as my work day ends, I will be watching the Snyder Cut of Justice League, and I am already filled with anxiety about it. I’ve tried to avoid spoilers and reviews because I want to form my own opinion, but one piece of Snyder news did pop into my feed that I did care about. During a live fundraiser for the American Foundation for Suicide Prevention, Zack Snyder condemned the event’s affiliation with the Geeks + Gamers organization.

Your Money Geek explained that Geeks + Gamers are part of an anti-SJW brand of YouTube content makers with “a history of racist, sexist, and bigoted attacks against franchises that they perceive as pushing ‘woke’ narratives.” So Star Wars, Star Trek, and basically anything that attempts to be inclusive but also good.

Here is what Snyder reportedly said:

“Just a quick thing before we get started, I know that on our donation page we still have the Geeks + Gamers logo. I just want to say that, we talked about this, we’re really not affiliated with Geeks + Gamers as far as I’m concerned. I really just want to make that clear. I also just want to say, in light of recent events I think […] if Justice League teaches us anything it’s about coming together. There’s no room for hate. I just think it’s an important message. As a father of Asian children, it hits close to home.”

Of course the people of Geeks + Gamers have turned against Snyder in some way following this, but I think, while this might be a little too late for many—it is time he addressed that segment of his fans.

I’m on the record of being wishy-washy about the Snyder Cut. My opinions change often depending on new information (like any person), and the toxicity of many behind the SnyderCut is off putting. Snyder himself, however, seems to be a decent person. People who work with him like him, he is an advocate for diversity, and he hasn’t even had a whiff of a MeToo scandal, unlike so many others.

My feelings on his films and his Randian ideology that is apparent in his films are not a hatred of him personally, which is something that people forget. Criticism about his work and his filmmaking choices were never a blight on his personhood. Creative differences are just that, and as a DC fan, I’m allowed to disagree with a take on one of my favorite superheroes.

As a fan, it is frustrating that because of some cult-like overseers, we are not allowed to have an unvarnished opinion on this film. Whatever we feel will be viewed in “a way,” and that’s not a fun experience going into any movie—let alone a movie about characters you like. I own every DCEU film out so farm and I’m gonna continue to watch them and support them when they are good, but my biggest hope is after this we can all take a breath … and move on.