Zachary Levi Gets Roasted for Out of Touch Election Post 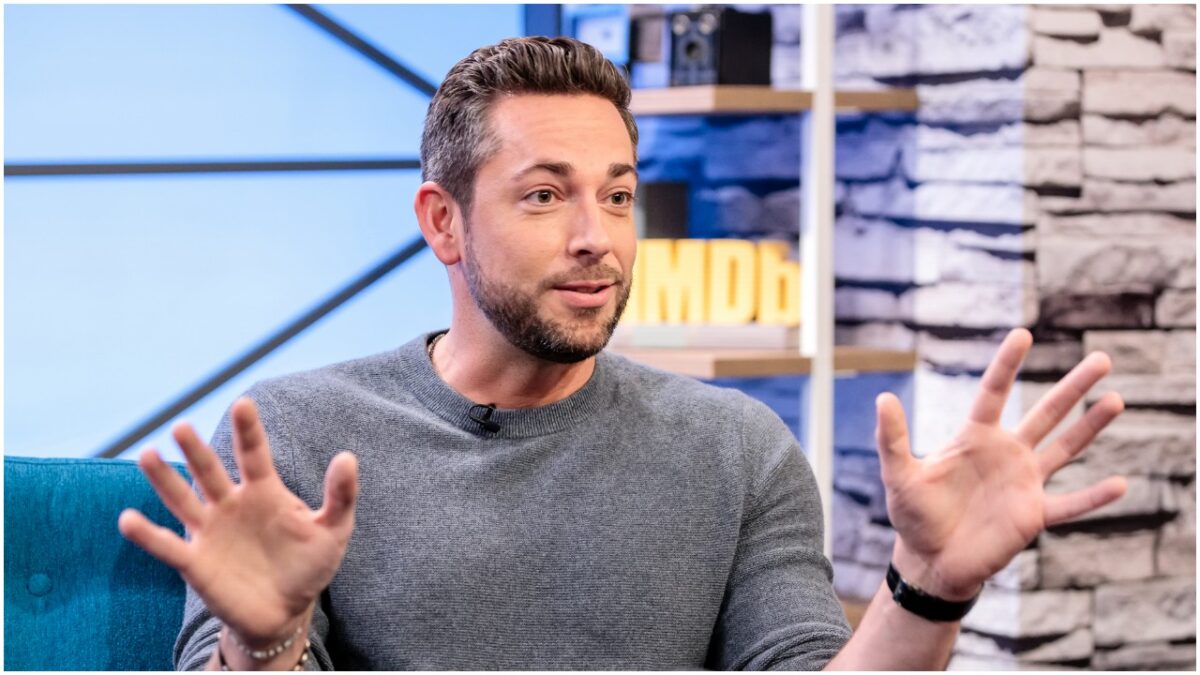 As the dust settles in the wake of Joe Biden’s decisive victory over Donald Trump, countless folks are wondering what the future holds for our deeply divided nation. Will Biden be able to bridge this national rift? Will liberals be able to forgive Trump voters for electing a racist, sexist, narcissist sociopath? And will pundits and politicians stop asking democrats to reach across the aisle and compromise with republicans, something that republicans are NEVER ever asked to do?

Shazam! star Zachary Levi took to social media to post the following message to his fans:

I rejoice with those who are rejoicing, and I weep with those who weep. We have a long road of healing before us. My hope and prayer is that Joe Biden and Kamala Harris answer that very call, in the same way I hoped and prayed that Donald Trump would do the same. But regardless of how our leaders may lead, we have all the capability in the world to treat each other with humanity, and grace, and patience, and kindness, and compassion, and humility, and love. May we all make a concerted effort to employ these gifts immediately, liberally, and without judgement or shame. 🙏

Dude, read the room. Dems have spent the last 4 years in constant terror as Trump and his band of racist asshats strip away protections from people of color, LGBTQ+ people, women, Muslims, immigrants, disabled folks, and many more. He put kids in cages. He tried to take away healthcare during a global pandemic. He ignored coronavirus and now 250K Americans are dead. And all the while, his supporters were emboldened to commit acts of hatred and violence in his name, which he never discouraged. He couldn’t even denounce white supremacy despite being given countless opportunities to do so.

Trump supporters have waged a constant war of anger and aggression, from the “f-ck your feelings” mantra to marching in Charlottesville chanting “Jews will not replace us!”. Not every Trump voter was trolling the streets with an AK-47, but those that didn’t remained silent and complicit as their fellow conservatives targeted journalists and people of color.

And now we’re supposed to show compassion for the “lock her up” crowd? I don’t think so. A follower tried to explain the nuances of the situation to Levi, who continued to gloss over the divide:

With all due respect, I disagree. To minimize & trivialize all Conservative concerns into these trite examples shows a great lack of explored empathy, in my humble opinion. Don’t just buy the headline or clickbait or funny meme. Dig deeper. You’ll find a human. Much like you. 🙏 https://t.co/y6uGozgZq4

It of course begs mention that Levi is a rich white guy, so he hasn’t experienced any of the fallout the rest of us have from the last four years. But dude, LISTEN when people are talking. While Levi assured follows he was “no fan or supporter of Trump”, he fails to call out Trumpism for the moral cancer that it is.

I am no fan or supporter of Trump, and I find his behavior to be vulgar, callous, narcissistic, and lacking empathy. And while I’m not a Conservative, I know many who backed 45 not because they liked him, but because he was the only candidate they felt cared about their needs. https://t.co/6JuzZKWyF6

Just because MAGA folks are sad, doesn’t mean we have to be their shoulder to cry on. Don’t ask abused people to comfort their abusers. As A.R. Moxon wrote, “Historians have a word for Germans who joined the Nazi party, not because they hated Jews, but out of a hope for restored patriotism, or a sense of economic anxiety, or a hope to preserve their religious values, or dislike of their opponents, or raw political opportunism, or convenience, or ignorance, or greed. That word is “Nazi.” Nobody cares about their motives any more.”