Eat your heart out, Upworthy. 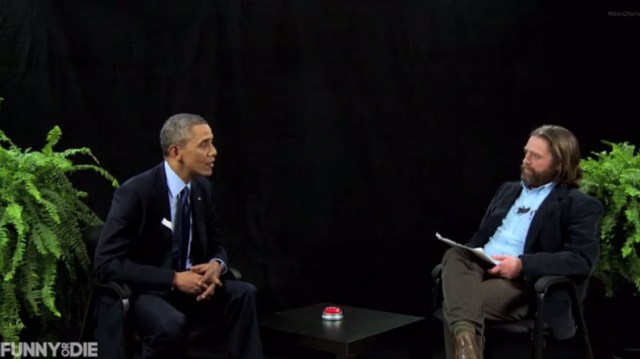 Say what you want about whether or not Obama’s appearance on Zach Galifianakis’s Between Two Ferns web series was undignified and unbecoming of such a high-ranking political official, but you’ve gotta admit: it appears to have paid off.

According to a Center for Medicare and Medicaid Services spokesperson Julie Bataille, 19,000 viewers of the Galifianakis video had continued on to Healthcare.gov as of yesterday. White House Senior Communications Advisor Tara McGuinness has also been charting the Funny or Die video’s referral progress on Twitter:

Funnyordie video has 11 million views. http://t.co/a7HUExG0vg traffic for yesterday was up almost 40% from Monday.

Of course, there isn’t any data on how many of those viewers actually signed up for Healthcare.Gov in the first place, and we bet that some of them only clicked through to the site to see just how badly the Microsoft Zune guy did in designing it. And considering that 19,000 or so clicks only translated to 40% of traffic, that can’t mean the site was getting a lot of views in the first place. So, Obamacare fans can’t exactly call this is a home run just yet.

Now that National Healthcare has officially gotten the Galifianakis bump, though, he should consider using his talents (those talents, in this case, are asking dumb questions) for other important causes. Just imagine what he could do for all those dying puppies and kittens if he had Sarah McLaughlin on the show.