Things We Saw Today: Comic Book Honors a Three-Year-Old’s Legacy by Turning Him Into One of the First Navajo Superheroes 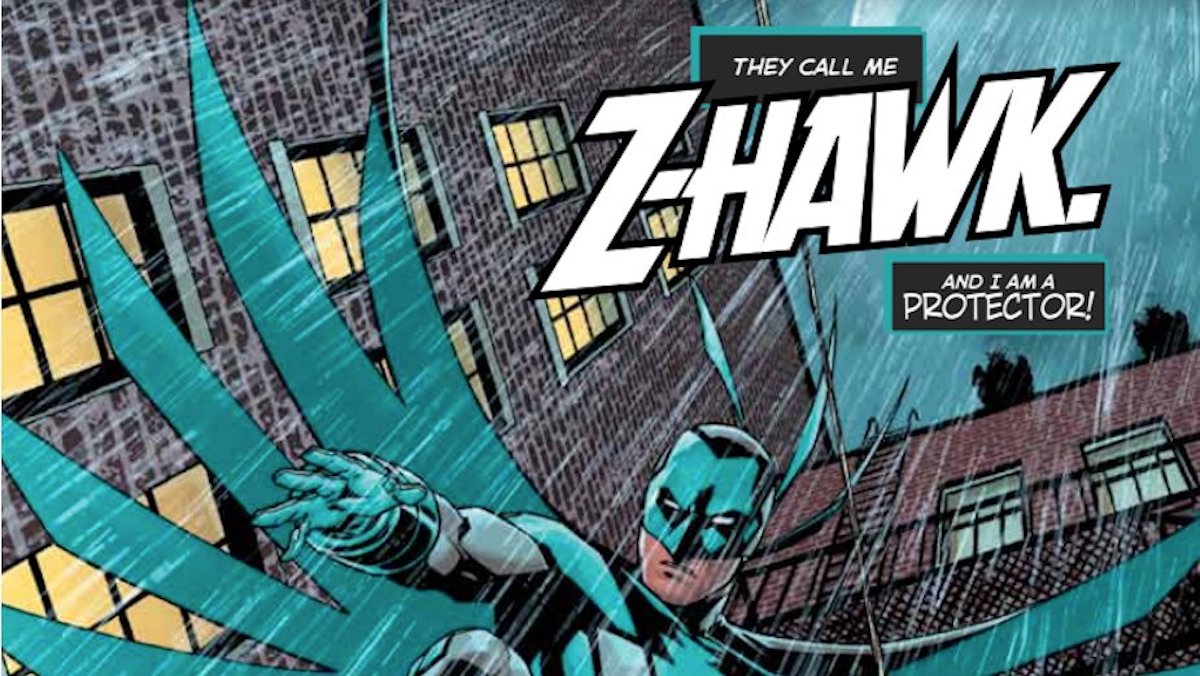 At this year’s virtual NYCC, a comic book called Zaadii: The Legend of Z-Hawk was unveiled. The comic was inspired by 3-year-old Zaadii Tozhon Tso, a young boy who loved superheroes and was tragically killed by a distracted driver in 2015. Renowned comics creatives Gail Simone, Jim Calafiore, and Jeffrey Veregge have created a comic book as a tribute to Zaadii, turning him into a Navajo superhero for the ages.

The comic was commissioned by Travelers as their latest in the Travelers’ Unfinished Stories series, intended to honor victims of distracted driving and raise awareness. Simone, Calafiore, and Veregge worked with Zaadii’s family to design the story. The young boy adored superheroes and often wore a Batman costume and a cape he was loath to take off.

In a press release, Simone is quoted as saying, “It’s an honor to get to tell this story in memory of this very special child. With the help of his wonderful family, we feel like we are sharing his dream with the world, while hopefully reminding people of the dangers of distracted driving.”

The entire comic book is available to read for free at Travelers.com/Zaadii.

Zaadii fights for environmental justice as a lawyer by day and the superhero Z-Hawk by night. He’s a protector, always doing what’s right with the help of his friends and the guidance of his ancestors.

The comic was also tweeted out by NYCC’s official account:

Meet Z-Hawk — the Unfinished Story of Zaadii, a little boy lost to distracted driving. Created by @Travelers to honor Zaadii’s memory, we’re releasing #TheLegendOfZHawk in its entirety on Twitter so everyone can know his story. Read the whole comic in the thread below.👇 pic.twitter.com/IqUsDG6m4G

Not only can you read about Z-Hawk’s superheroic adventures, but you can watch an NYCC panel that features “Comic writer Gail Simone, artist Jim Calafiore, Zaadii’s mother Rachel Tso, and John Morris from Travelers [as they] sit down to discuss the making of our superhero, the life of Zaadii, and the dangers of distracted driving.”

The loss of Zaadii is a tragedy, and it is incredibly moving to see what these stars from the comics world have created as a tribute to him. “Our hope is that Zaadii’s message, and his memory, will live on through this book,” reads the first page. There are Native American superheroes in comics, but this is a very special edition to that pantheon.

Further representation shaped by Native creators is important going forward. Veregge, who is of the Port Gamble S’Klallam Tribe in Washington state, is also overseeing an upcoming Marvel comic that will feature Native stories as told by Native people. That book, Marvel Voices: Indigenous Voices #1, is planned for a November 2020 launch to coincide with Native American History month.

What did you see?