The schadenfreude is strong with this one. 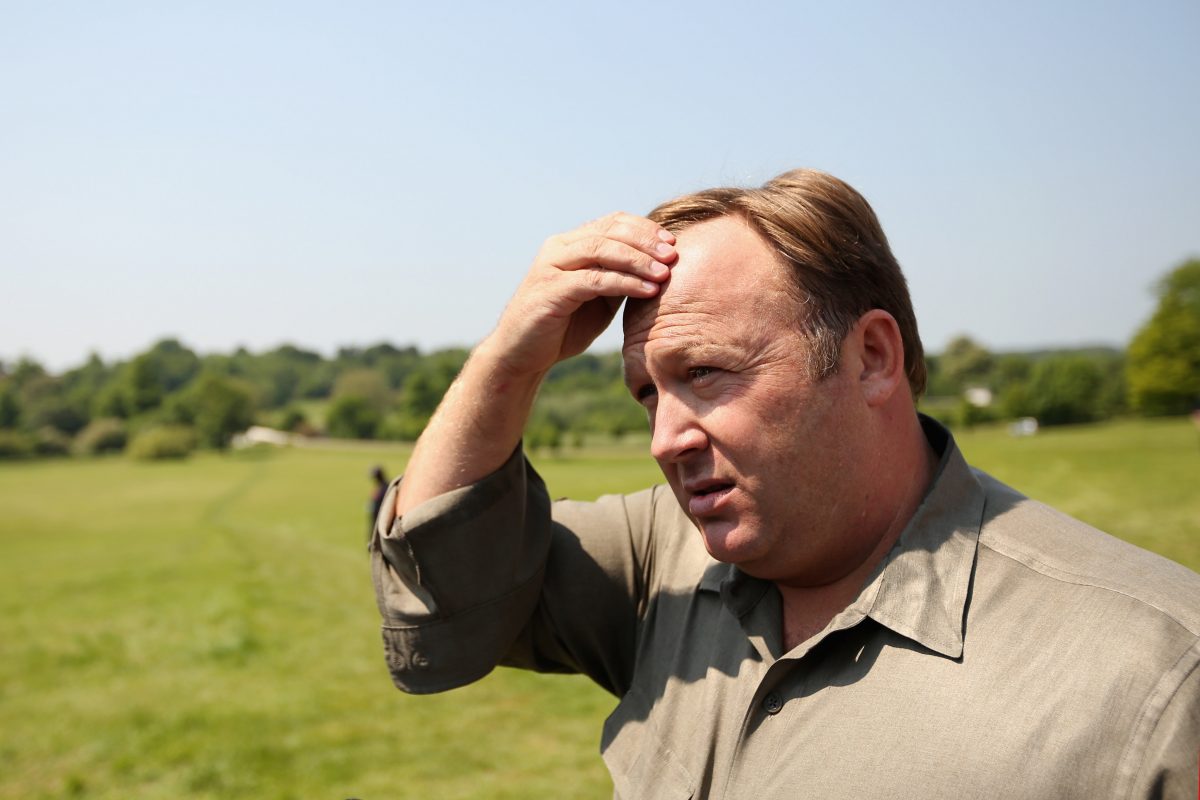 Don’t you love it when bad things happen to bad people? YouTube pulled four videos posted by Alex Jones’ alt-right Infowars channel for violating policies against hate speech and graphic content. Anyone familiar with Infowars already knows it’s a cesspool of racism, lies, and phony supplement infomercials, but this time they apparently crossed the line.

The videos in question featured Jones railing on Muslims, airing a video of a child getting shoved called “How To Prevent Liberalism” and more of the egregious bullshit for which he is known. “We have long-standing policies against child endangerment and hate speech,” YouTube said in a statement. “We apply our policies consistently according to the content in the videos, regardless of the speaker or the channel.”

In addition to pulling down the videos, YouTube has issued a “community strike,” which means Jones cannot live-stream for 90 days. If a channel receives three strikes in a 90-day span, then they are terminated by the company. Infowars received their first strike in February, when they went after Parkland shooting survivor and activist David Hogg, calling him a “crisis actor.” The strike was dropped after 90 days.

While it’s affirming to see companies like YouTube take responsibility for the proliferation of hate speech online, their policy doesn’t go far enough in protecting people from the vitriol of noted shitheels like Alex Jones. Facebook is also under criticism for not suspending Infowars, with an open letter from Sandy Hook parents Leonard Pozner and Veronique De La Rosa, who wrote that, according to Mark Zuckerberg’s lack of response, “our lives are less important than providing a safe haven for hate.” (Jones has been at the forefront of the disgusting Sandy Hook “truthers” movement, claiming the elementary school shooting was faked.)

Companies like YouTube, Twitter, and Facebook continually shrug their shoulders and hide behind the First Amendment as an excuse not to moderate or police their sites. Facebook VP of product Fidji Simo said, “I find Infowars absolutely atrocious. That being said, we have the hard job of trying to find a sense of balance between freedom of expression and safety.”

But like … why? Alex Jones spreads dangerous misinformation about everyone from Hillary Clinton to the families of the victims of the Sandy Hook massacre. Truly, what kind of monstrous piece of human garbage do you have to be to go after the parents of slain children? And how is that not suspendable behavior? And how are death threats against grieving parents not a clear sign of a lack of “safety”?

These multi-billion dollar companies have the means to effect radical change in online discourse. But they clearly don’t care enough to do so. Just because our country has freedom of speech, it doesn’t mean that Facebook or YouTube are required to amplify lies. Get out from behind the First Amendment and take serious steps towards a less toxic, less abusive internet.