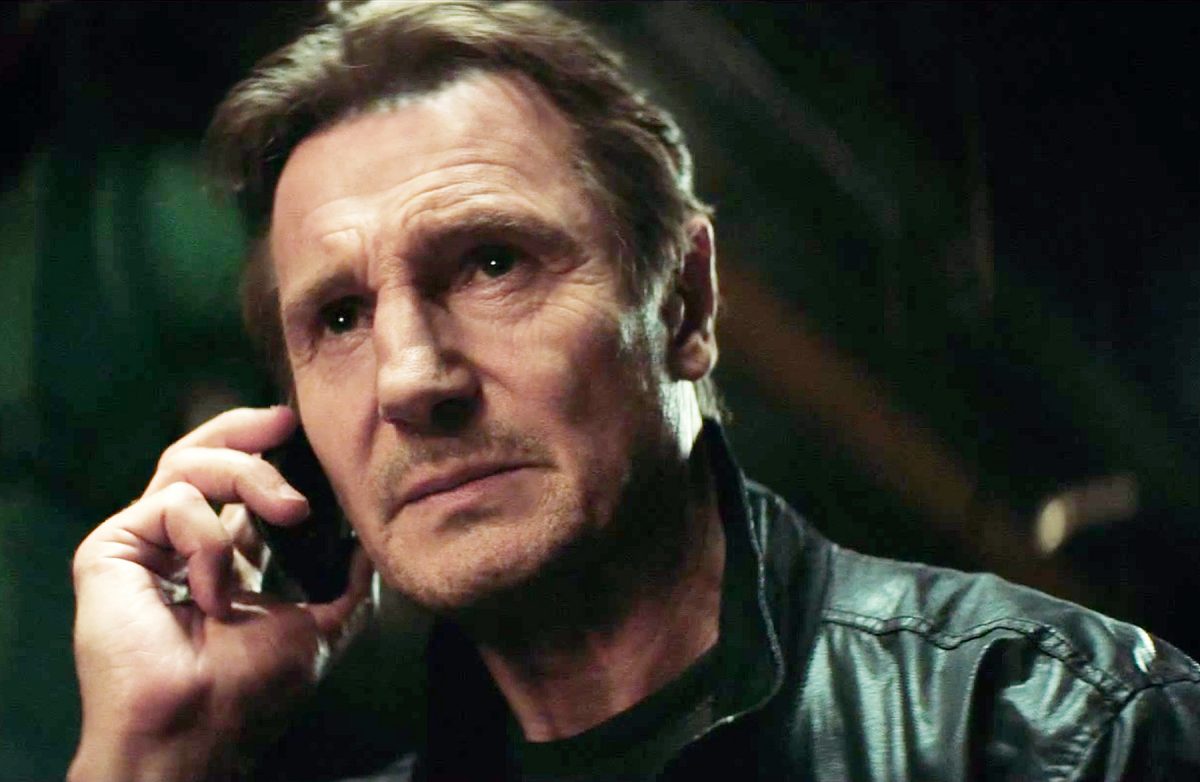 As reported yesterday, during an interview, Liam Neeson talked about how, following the rape of a female friend years ago, allegedly by a Black man, he was walking around with a weapon, going into pubs, waiting for a “Black bastard” to start something with him so he could kill him.

He wasn’t looking for the person whom attacked his friend, mind you; this was just going to be a random Black man who could be the living target of his rage.

I wish I could be surprised that there is some ferver over trying to defend Neeson’s statements, but it’s all too predictable, and rather than just raging, I’m going to just present this as “rationally” as possible, since I have been watching so much ContraPoints.

Some people are looking to commend Neeson for being so “open” about his racist past and admitting he made mistakes, but that gives Neeson way more credit than is warranted based on what he actually says in the interview.

At no point does he admit those actions were racist. At no point does he speak explicitly about doing the work to unlearn those behaviors, and while he admits that, after a week of this, he shocked himself out of it, there is no acknowledgement that the reality of the situation was that he wanted to kill an innocent Black man.

Neeson’s inability to use those words to describe those actions is what makes it not a man speaking the truth about his racist past, but a man who is rambling about something and realizes mid-way he’s gone too far on the record.

Of course, as reported by The Guardian, the damage control has started. In an interview with Good Morning America, Neeson spoke about the original interview and tried to clarify he is absolutely not a racist because he got help:

“I’m not racist. I was brought up in the north of Ireland. The Troubles. The 1960s, ’70s, and early 80s … There was a war going on in the north of Ireland. I had acquaintances who were involved in the Troubles. The bigotry. One Catholic would be killed; the next day one Protestant would be killed … I grew up surrounded by that, but I was never part of it.”

How does being born in a time of turmoil have any input on whether you are a racist or not? By that metric, we’d have to just excuse a lot of obvious racists because life is shit.

If he is not a racist, then why did he harp on the race of the assailant? Why did he ask what color they were? Neeson insists that he would have reacted the same way regardless of color, “If she had said an Irish, Scot, or a Brit, or a Lithuanian—I know I would have felt the same way. I was trying to show honour and stand up for my dear friend in this terrible medieval fashion … It shocked me when I came down … Luckily, no violence occurred, thanks be to God.”

And again, if he in these interviews was able to say the word racist, the I might have even a smidge more ability to see the educational purposes of this coversation. When former KKK and alt-right members talk about their former actions, they use the words racism, racist, they talk about the biases they had, where it came from. They take accountability for what they did. Neeson wants to have that same moment, but doesn’t want anyone saying he was a racist.

I understand the need to seek vengeance for someone we love whom we think has been wronged, but it is impossible to divorce the larger social reality of what he was doing from his own interpretation of his behavior.

Today is February 5th, 2019. Today should be Trayvon Martin’s 24th birthday. However, because of racism, and racist profiling, and being assumed to be a threat, not just a Black teenager living his life, he was murdered. As I mentioned in my last piece, we just had a case of a Black gay man being beaten in a hate crime, by people who seemed to just be looking for a Black person to brutalize.

Regardless of whether he sees himself as a racist or not, Neeson’s actions are part of a long, long, long narrative of hyper-sexualizing Black men and rationalizing violence against them for the sake of white womanhood.

During the interview, Neeson also said that, “We all pretend we’re politically correct. Sometimes you scratch the surface and discover this racism and bigotry.” Well if you discovered that, why can’t you say the word about yourself?

“Political correctness” is not the reason one shouldn’t, in an interview, talk about their murderous inclinations towards a minority group and then expect no consequences for that conversation—especially with such a lack of introspection.

Hatred is a choice, and every day of that week that Liam Neeson went out with that hatred in his heart, it could have ended in violence. That is racism, and if you’ve really outgrown it, you shouldn’t be afraid of saying it. We all have subconscious biases, yes, but taking it to that level of violence in inexcusable.