Whiskeys and donuts all around! 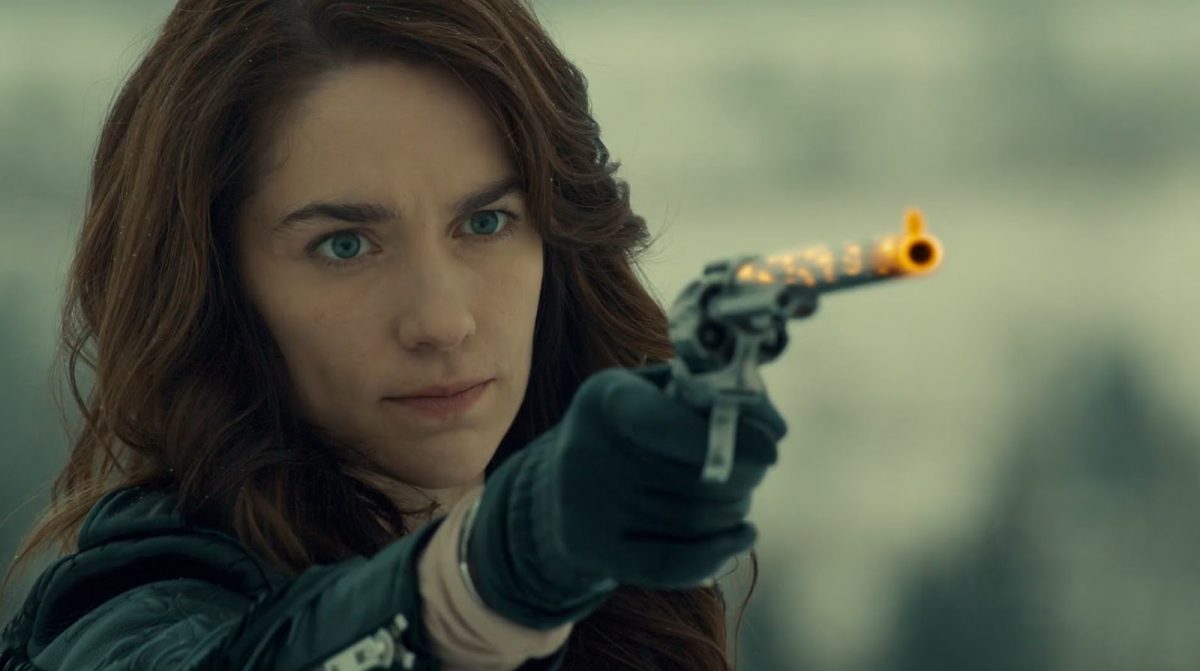 In what is quickly becoming an Earper Comic Con tradition, it was announced that cult series Wynonna Earp would be returning for a fourth season. Fans at the show’s panel quickly responded with screams of delight and excitement. Wynonna herself, Melanie Scrofano, even yelled “no takebacks!” at the network execs sitting in on the panel. Season three of the series premiered just last week on Syfy.

The quirky series, created by Emily Andras and based on the comic book by Beau Smith, centers on the great-great-granddaughter of legendary lawman Wyatt Earp, who returns to her hometown of Purgatory to battle revenants, the reincarnated outlaws that Wyatt Earp killed, along with a variety of other supernatural baddies. While it’s not a huge ratings hit, the series has drawn comparisons to Buffy the Vampire Slayer with its dark comedic tone and complex female characters.

“We are absolutely delighted that Wynonna Earp has been renewed for a fourth season. We are so grateful to Syfy for their relentless and ferocious support of the series and the ‘Earper’ fandom,” Andras said.

The feminist series has a rabid fandom, especially from queer viewers desperate for positive portrayals. Wynonna Earp first premiered in 2016, at the same time that Lexa was killed off on The 100. Lexa’s death kicked off the LGBT Fans Deserve Better movement, which took a serious look at the “Bury Your Gays” trope in television and film. In the wake of losing Clexa, a massively popular queer ship, fans flocked to the sweet romance between Wynonna’s sister Waverly and local police woman Nicole Haught, best known by their portmanteau WayHaught.

WayHaught even addressed the trope head on, by shooting Nicole in season one, only to reveal she’s wearing a bulletproof vest.

Season two gave us an exciting new development that we rarely see onscreen: an ass-kicking pregnant hero. When Melanie Scrofano announced her real-life pregnancy, Emily Andras decided not to have her lead hide behind tables or grocery bags, and made the pregnancy a pivotal part of the season. In an interview with Variety, Andras said:

“But I also am a woman in this industry, I have kids on my own, I’ve been through it. And one of the things I’m most proud of about “Wynonna” is it’s such a female-friendly, feminist show. I was like, if any show is going to deal with this, it’s going to be us. And that’s how I have to sell it to the network. I knew we were going have to work it out, because of course we would. That’s what we do. I knew that nobody could be Wynonna but Mel. There was no show without her. So that was kind of my ace.”

Amazing things can happen when women are showrunners. In such a cutthroat and competitive television landscape, Wynonna Earp is the scrappy little underdog series that keeps on kicking ass. As fans ourselves, we can’t wait to see what’s in store for the series.

(via The Hollywood Reporter, image: Syfy)