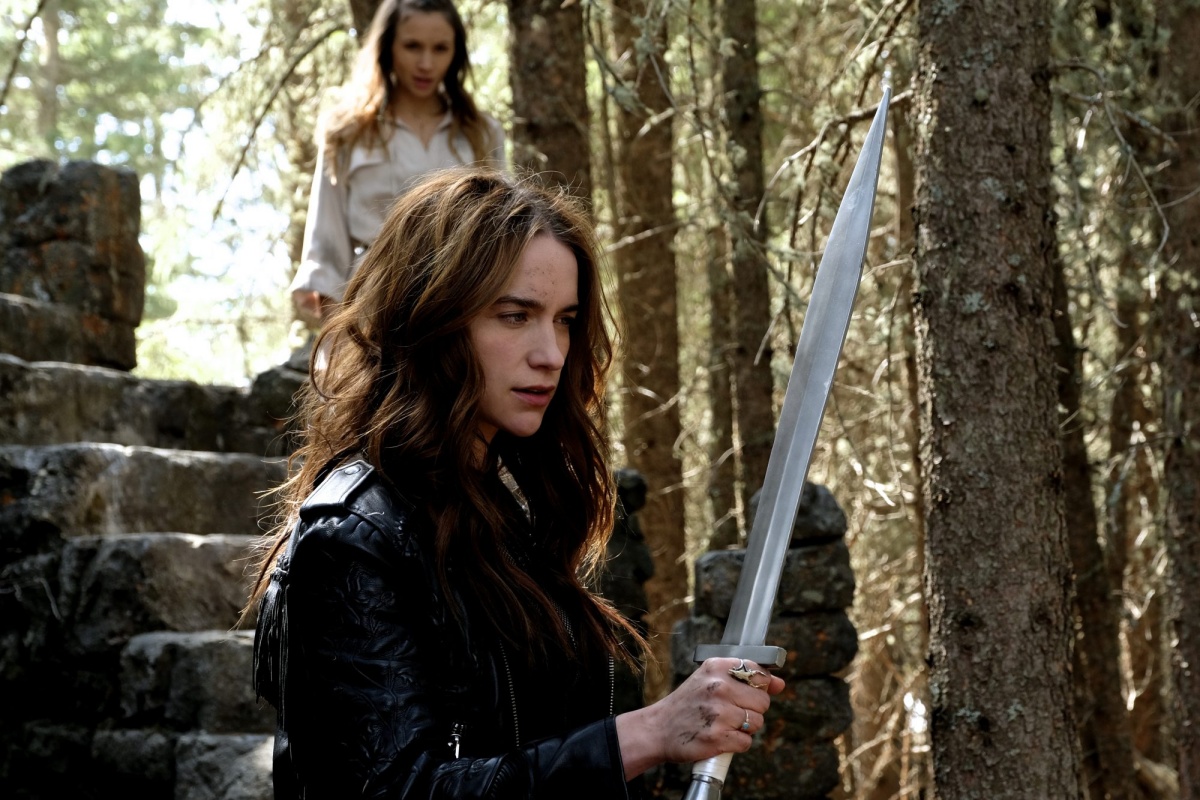 After all the work, blood, sweat, and tears that went into saving Wynonna Earp, news has broken that the show will be ending with season four.

SYFY is ending #WynonnaEarp with Season 4, the network just announced.

The final six episodes will begin airing Friday, March 5 at 10pm, and wrap up on April 9.#SaveWynonnaEarp is scheduled to begin trending right… About… Now. pic.twitter.com/dLs31orhEP

The beloved and already cult-classic series, created by Emily Andras, will come to an end when season four returns to Syfy in March for the final six episodes of the series.

Bittersweet. Extremely emotional (my family is even more alarmed than usual). A bit speechless which is big for me. Proud & sad. Few people ever get to do or have something like this. And we did it with all of you. 🧡 Whatever happens next, it has been my honour. #WynonnaEarp https://t.co/YrMFSZVxPr

“I’d like to thank our wonderful cast and crew, all of whom were instrumental in bringing Wynonna Earp to our loyal and passionate audience,” said creator and showrunner Emily Andras in a statement shared on The Hollywood Reporter. “We couldn’t be prouder of these last six episodes on Syfy, and are thrilled to share them with our beloved fans, who have changed our lives forever.”

While the site says that the Wynonna Earp producers will look for a new home to air the series, there are currently no plans to film a fifth season. Also, I think everyone is exhausted by the constant back and forth from networks. If after all the effort from fans to save the show it can still be cancelled, then that feels like the end.

“We are so grateful to Emily Andras and her incredible team who brilliantly brought light to real issues around identity and sexuality throughout the series four-season run. From the very beginning, this show deeply connected with our viewers — reaching new fans every season, filling up Comic-Con theaters, securing write-in award nominations and even landing multiple fan-funded Times Square billboards. To our Earpers, we are so proud to have shared such an incredible narrative with all of you. Thank you for your passion and thank you for taking this journey with us.”

Wynonna Earp and I have a complex history. I have loved the show from the start, been critical of it, collected merch of it, and have treasured many of the cast members for what they gave the queer fandom. None of that can be understated. I still think the show has failed at race issues, but now I’m even sadder that it won’t have any chance to truly correct it. Wynonna Earp was full of potential and it clearly wasn’t ready to end.

But the thing that pisses me off is how much the fans fought for this show to continue. People waited two years for this season and now they are having this torn from them all over again. Between this, One Day at a Time and Vita, I’m just disappointed that popular queer content is vanishing. Supergirl and Black Lightening are both leaving shortly, Batwoman is doing it’s best to hang on and I’ll be holding on to Pose as hard as I can.

It just feels like a lot after so much fighting.

Let’s just hope that the series gets to end strongly with a WayHaught wedding and no death. Please and thank you. Now I’m gonna cry and rewatch the end of Killjoys.