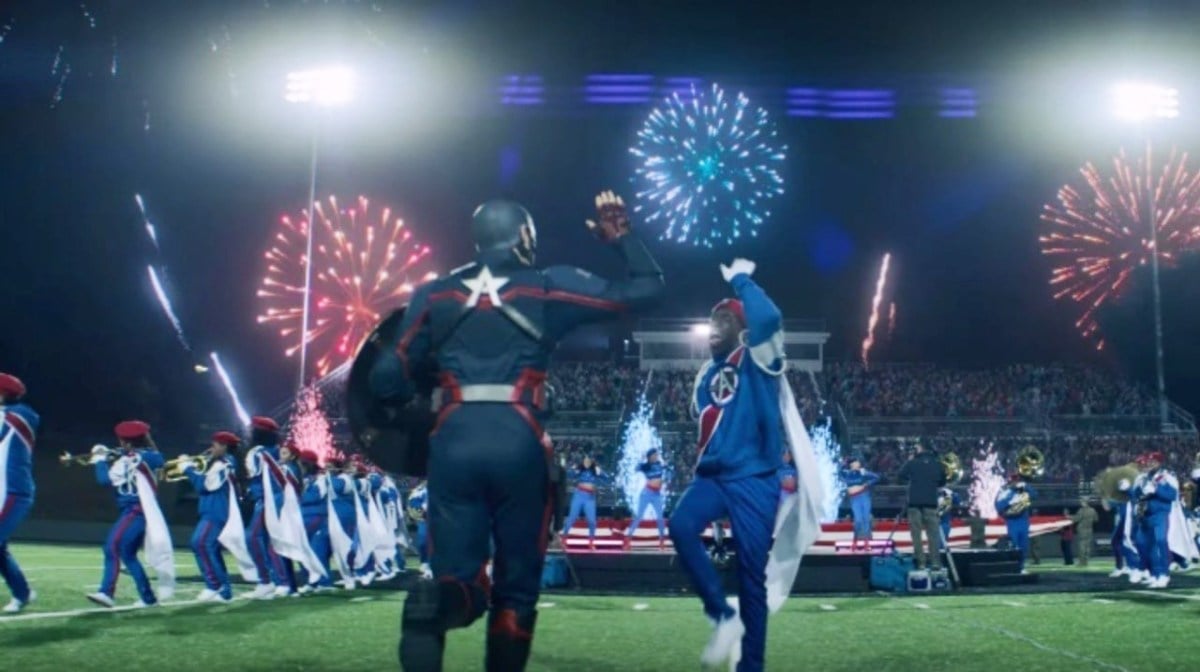 **Spoilers for the upcoming pilot and general plot ideas for The Falcon and the Winter Soldier.**

So we know that John Walker (a.k.a. U.S. Agent, played by Wyatt Russell) is heading to Marvel’s The Falcon and the Winter Soldier, and for fans of the Captain America comics, we know that that isn’t a good thing. U.S. Agent often means a bad time for Sam Wilson and his journey with the shield.

Talking to USA Today, Russell brought up the importance of John Walker’s addition to Falcon and the Winter Soldier and what his carrying the shield means.

“John Walker wouldn’t be in this series if he was causing everything to go well. There’s a dynamic he adds that somewhat complicates the relationship of everybody involved. The shield doesn’t itself represent something that’s singular. It represents what somebody puts on it. So one guy puts his own version of what Captain America is on it and another person puts a version of what it is.”

Since the inclusion of John Walker in the show, I’ve had a feeling about what they’re doing to do with Falcon and the Winter Soldier. Sam Wilson is trying to understand how the shield can be his, especially since he said that the shield felt like it was someone else’s when Steve gave it to him.

What I think is important to remember is that Steve Rogers responds with “It isn’t.” Sam Wilson is beyond deserving of the shield, and I think what we’re going to see play out through the course of Falcon and the Winter Soldier is Sam realizing that the shield (and title of Captain America) is his now, and he’s the man the world needs.

I like what Russell said about the shield representing what someone puts on it because that was something I found interesting about Sam in the pilot. He clearly sees that shield as belonging exclusively to Steve Rogers and not recognizing that the shield belongs to everyone, it’s just who is representing that strength. So when, by the end of the pilot, we see John Walker come out in the Captain America look as the “new” Captain America, it really drives home the fact that it is Sam’s shield, and whatever is about to happen isn’t a good thing for Sam or for Bucky.

After watching the pilot, I know that the show is going to play with the idea of Sam feeling worthy and having to fight for the shield. I trust writer Malcolm Spellman and director Kari Skogland to bring that journey to life and I can’t wait to see what the future holds for Sam Wilson and Bucky Barnes. I just hope that, in the end, Sam Wilson realizes his strength and ability to be the symbol everyone needs and rightfully takes his place as the new Captain America.