Writing While Female: How Being a Woman Can Affect Authors’ Works and Careers

Asking the tough questions about gender barriers in publishing. 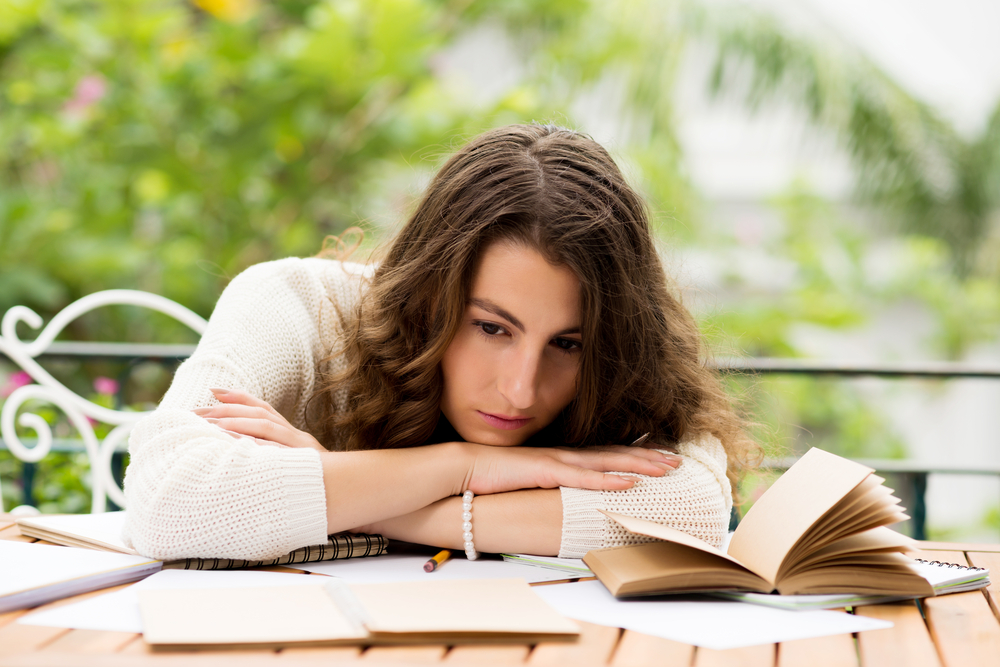 When I began drafting my first novel five years ago, I just started, assuming that developing my story was all I needed to think about. But it didn’t take long for my mind to start nagging me with certain questions: As a female (and feminist) author, was it okay that my protagonist was male? Didn’t I owe it to my gender to present a strong female protagonist? Was my writing feminist enough?

While writing any first draft, it’s sometimes an overwhelming challenge just to figure out what the heck your story is. Extra voices that second-guess those efforts can be serious trouble. So for a while, I tried to ignore them. To say that your story is flat-out un-feminist when you’re only two-thirds through your first draft is premature. But it concerned me all the same, and the questions did not relent just because I found them inconvenient.

As a woman, I felt a certain responsibility to write a book that clearly and actively reflected feminist values. I considered arbitrarily flipping my main character to make him a her. Then I considered adding additional female characters in an effort to pass the Bechdel Test. I ultimately nixed both—something about my protagonist’s gender felt important, though I couldn’t pin down why yet, and adding characters that weren’t relevant to the story for the sake of a one-off conversation felt disingenuous and diluted (not to mention quite difficult, in a story told from the first-person point of view of a male character).

I was stuck, and troubled by what that implied. One thing I should not have been was surprised—being female affects authors’ careers and choices all the time. Much like engineering and architecture, publishing is a male-dominated industry. In a 2010 study by Vida, the publisher that came closest to gender parity in the authors published (Riverhead, a Penguin imprint) still had a slight representation gap, with 45 percent of its published works written by women. Random House rang in second, with 37 percent of its published works coming from women. It kept going downhill from there. For many publishers in the study, less than a quarter of their works were by women. In the followup studies since, Vida has seen improvements, but we’re still nowhere near parity. The study also found that across all the publications assessed, book reviewers were significantly more male, and so were the books those publications reviewed.

These findings inspired Tin House editor Rob Spillman to actively seek out better gender parity, which led to his realization that two-thirds of the manuscripts submitted to them by agents were from male authors, too.

The issue doesn’t stop with the agency’s gatekeepers, though. Spillman also began to notice that when he declined a submission but encouraged the author to send something else, male authors were significantly more likely than female authors to follow up. Similarly, Tor UK said that in the same year as the Vida study, only 32 percent of its submissions came from women. But Tor UK has an open submissions policy (no agent required), so women were eliminating themselves from consideration in this case.

What is going on here? Do women just not care as much about their writing? Are we simply writing less? I don’t think so. More likely, as has been suggested by others before me, women are simply more discouraged by their experiences in the industry.

Even women at the forefront of publishing have cited gendered issues related to their careers. J. K. Rowling, for example, took on her pen name under request from her publisher, who was concerned that boys wouldn’t be interested in a book written by a woman. And yet, this gender-scrubbing is a one-way street: nobody made John Green take on a gender-neutral moniker to avoid deterring YA romance readers, who are largely female—in fact, I haven’t found any examples of this happening to a male author.

Women get deferred in publishing in other ways, too. Writing in The New York Times, Meg Wolitzer questioned how frequently talented female authors are sidelined from recognition for literary accomplishments by being relegated to the genre of “Women’s Fiction.” The issue can be summed up in a single image: The cover to Jeffrey Eugenides’ bestselling literary work “The Marriage Plot,” which featured a gold wedding band. Consider: How differently would this cover have been interpreted had a female name been printed below this image? 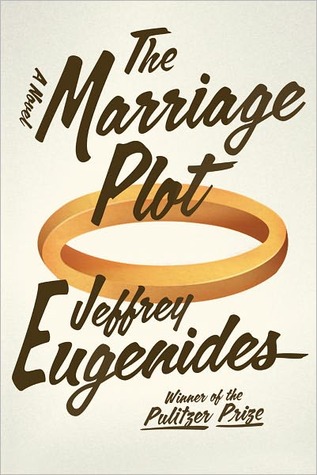 (image via Farrar, Straus and Giroux)

My gut-check matches Wolitzer’s assessment, which is to say there is a very real, if blurry, divide between how female and male authors are marketed, read, and judged. Worse, this separation leads to talented female writers being sidelined while their male peers, writing on the same topics and themes, go on to win awards and critical acclaim.

You could say this is speculation. And sure, to some degree, that’s all we can work from on such a slippery topic. It’s hard to quantify implicit bias. But it’s not impossible, as Catherine Nichols demonstrated in her experiment with literary agent queries. After a long and frustrating hunt for a literary agent with nothing to show for her efforts, Nichols mulled on all she had read about implicit bias in various aspects of society and decided to do an experiment. For her next 50 queries, she sent the same cover letter and sample pages as George Leyer, a male pseudonym. The results were stark and depressing. “Total data: George sent out 50 queries, and had his manuscript requested 17 times. He is eight and a half times better than me at writing the same book. Fully a third of the agents who saw his query wanted to see more, where my numbers never shifted from 1 in 25.”

Not only did George receive more requests than Catherine—he also got remarkably faster responses, and even many of his rejections included encouragement that Catherine did not receive. “My novel wasn’t the problem,” Nichols concluded. “It was me—Catherine.”

Even if a female author manages to jump through the hoops, win over gatekeepers, and reach a high level of publishing success, gender bias can continue to play a heavy hand in her career. Sophie McDougall has openly discussed some of the challenges she has faced on this front. Her experiences have included requests to reduce her female-to-male character ratio in her books; to change who she cites as her influences to include more male authors, even if she hasn’t read them; and even instances where her work is declined because “girls don’t like books about space, and boys don’t like books about girls.”

McDougall said this feedback comes from female publishing professionals as often as men. And in addition to dealing with direct sexism in regard to her writing, McDougall also worries that speaking up about these issues will damage her career by putting off readers or making publishers less willing to work with her.

Meanwhile, male authors seem to enjoy the privilege of writing without considering these issues. At an event in 2013, writer Monica Clark asked Nicholas Sparks how he thought his writing career might be different if he were female. Sparks responded that he did not think that gender affected his career, that all the top writers in his genre just happened to be men because “for some reason, women just haven’t been able to successfully break into the market.”

When gender plays such a heavy role in every aspect of the industry for women, how could it not affect how we think about our writing? On a gut level, all of this makes me want to strip gender out of the process—let’s just make every author name, every query letter, every cover design, every book shop shelf completely gender-neutral. Let’s the work stand alone. But what do we lose when we take away a person’s—an artist’s—gender? Something a bit intangible and indefinable, but also something quite crucial.

Gender matters. Diversity matters. Inclusivity as a way of celebrating that diversity, rather than stripping it away, matters. I believe this—which is why the questions that nagged my writing process have gone on to haunt me as I develop my author identity. For my pen name, I chose E. J. Wenstrom. It’s gender-neutral, but that wasn’t my intent. I just wanted to separate my fiction from years of article bylines. Ironically, I actually chose this name because I didn’t want to hide who I was; I was looking for a name that was separate, but still easily recognizable as me. I considered E. Joy Wenstrom, but “e” is an inconvenient first initial in the digital age. It sounded like “eJoy,” as if I were some kind of digital happiness peddler.

But these are not things that simply happen—they are choices I have made. Does a gender-neutral pen name say something deeper about me? Have I copped out?

The questions continue to nag me about my now-published novel, too. It still doesn’t pass the Bechdel Test, but it does pass the Mako Mori Test. (Should the feminist value of my books be left to a series to tests? Another question to add to the list.) More importantly for me in terms of personal values, important shifts happen in the later acts of my novel that change the context of the entire story, and the themes and messages left at the end address issues like ignorance and male entitlement.

Did this shift happen in the later acts because of the questions that were plaguing me? Were they there all along, waiting for me to write my way to them? I have no idea. And I’d be lying if I claimed that I’ve come to terms with all of it. Sometimes I hate that the feminism of my book is buried. Art, of course, doesn’t work when you wave an agenda flag high and shout it from every page, but then, works like The Hunger Games don’t have to. (Why isn’t my novel more like The Hunger Games?)

But while these voices are highly inconvenient for the writing process and often make me struggle, I’m grateful for them, too. The questions they pose are important to ask. Not just about female representation and equal treatment, but about diversity in all its forms.

How do we move past this systemic bias? I don’t really know. But we’re going to have to keep asking them, and wrestling with them, until everybody is asking the same things, loudly and often. Then, maybe, we can start making some real progress.

By day, Emily Wenstrom is a freelance content marketing specialist. By early-early morning, she is E. J. Wenstrom, a sci-fi and fantasy author. Her first novel, a dystopian fantasy titled Mud, released in March 2016. Connect with her on Twitter and Facebook. Join her email list for a free sneak peek at Mud’s first chapter.