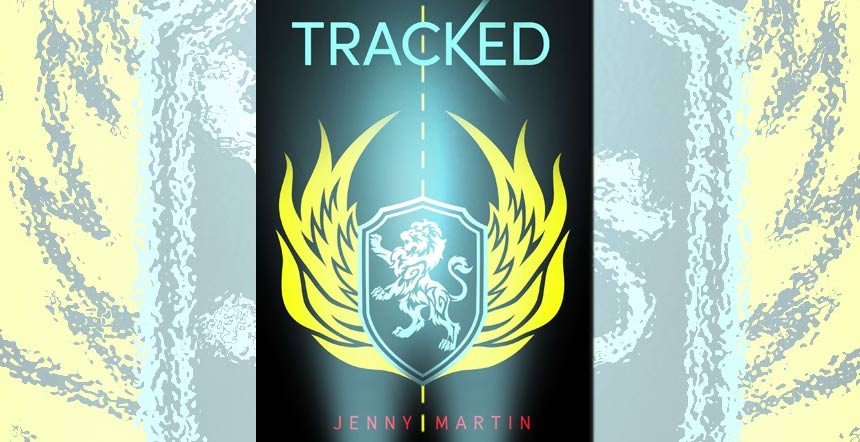 My first novel, Tracked, is about a young driver, who amidst intense interplanetary and geo-political struggle, rockets from street racing obscurity to pro-circuit stardom, defying expectation and upending corporate empires in her wake. Yes, there are fast cars and jetpacks involved.

So it probably shouldn’t come as a surprise that my love for space opera and science fiction goes all the way back to early childhood. In truth, the first movie I remember seeing in an actual theater was The Empire Strikes Back. I recall the final visuals—R2 and C-3PO (All right… Artoo and See-Threepio for the purists) standing beside Luke and Leia; everyone adrift and uncertain, looking out at the stars. The swell of melancholic, yet somehow hopeful music. Zoom out. Fade to black.

Cue the anxiety. That great, big stomach swoop of fear. Was this a joke? Is it coming back on? Is this just an intermission? Then, as we stood up, the wide-eyed realization: My beloved Han Solo is not okay. He is frozen in carbonite and not coming out of this. 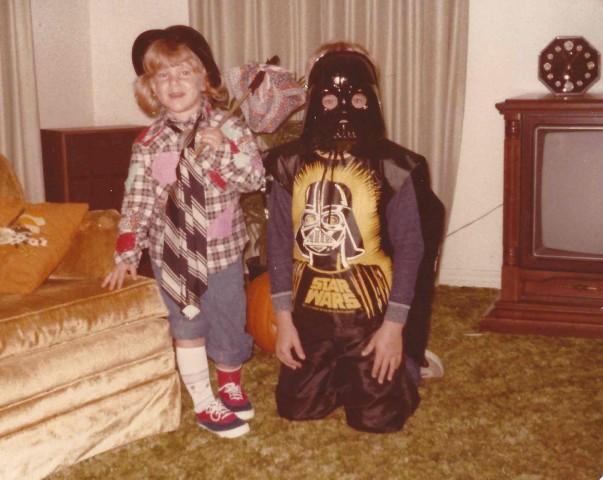 Hey, at least not until 1983. And even though we didn’t know it then, during the closing credits, my dad promised as much. He’s the one who shuffled my brother and I out of the dim theater with a vaguely comforting “It’ll be okay.” My husband has a similar memory. His father reassured, palms out. “There’ll be another one.”

And oh yes, there was another one. I remember seeing Return of the Jedi, too. But for me, Empire was the real gateway… to a lifelong affinity for devil-may-care rogues and galactic adventures. Flash Gordon. Tron. So many more movies and books. Forget playing with action figures; I raided the dress-up box and wore out VCR tapes, all the better to memorize dialogue. Grade school me wanted to be those characters. Teen me wanted to write them, too.

But a funny thing happened over the years. I began to notice things. Flash Gordon didn’t need Dale Arden’s help to defeat Ming the Merciless. The boys in our family didn’t need girls to play war with them. And Princess Leia aside, there wasn’t much room for them in space battles, either. Gradually, bit-by-bit, this too tall, too silly, too brassy girl began to internalize the message: You are not meant to act the rogue. Some stories are not for you.

I never realized how deeply—and subconsciously—I embraced that message until, in the fullness of time, I reached a particularly unforgiving stretch of trackless adulthood. While I found (and still find) the greatest fulfillment in family and career—as a wife, mother and writer-slash-librarian—at the time, my psyche was on the mat. Inside me, where there should’ve been a stronghold of resilience and self-actualized courage, there was bottomless pit of fearfulness and raw timidity.

As a person, I’d stagnated. As a writer, I’d failed. I’d written bad books, and lost my first agent. I found the perfect one, but floundered still. I couldn’t sell. Couldn’t revise. Couldn’t face another round or start a new project. It was if I’d taken the entire list of my perceived shortcomings—along with the pile-up of rejections on my laptop—and materialized it all into a dreadfully seasoned, infinitely self-pitying, all-you-can-eat banquet.

Again, that great big stomach swoop of fear. I hadn’t just forgotten the girl who wanted to be Han Solo. I’d run her into the ground. I’d buried her alive in something far worse than carbonite. And it’d take much more than some little deus ex machina plot twist to exhume her.

At first, Phoebe Van Zant seemed to come out of nowhere. I’d gotten the idea for Tracked—street racer vs. a galactic empire—and just as quickly, I imagined the right girl to put behind the wheel. And let me just say, from the get go, Phee was reckless. Foot to the floor, all the way. This girl ate obstacles for breakfast. And even though I’d never blasted through folded space, or hurtled down a track, so fiercely, she could. Finally, writing was a joy again, from first page to finished draft. Where in the blue blazes had she come from?

As I dug in to revise, the answer became clearer. When Phee said to hell with the rules, I examined my own. I pruned out the lies I didn’t need to believe in anymore. When Phee blazed through suicide runs, I pushed past self-doubt and deleted that inbox full of rejections. When Phee refused to simply wear the dress—to look and act and be everything they wanted her to be—I banished my own insecurities. I gave up looking at the scale entirely. And I took up training to feel fierce and strong, instead. Lastly, and maybe most importantly, when Phee crashed cars and burned out engines and pulled herself out of flaming wrecks, I gave up the long list of shortcomings. I burned that mother down. What’s more, I forgave myself and made the promise: next time, no regrets.

As this was happening—at first, I didn’t even realize it—but as I was sculpting Phee’s thoughts and feelings and motivations, I wasn’t just nailing down the workings of her inner life. In truth, I was really carving out and liberating space for my own. Tracked had become more than just a story to me. In it, I found my stronghold. For somehow, my main character, flawed and reckless as she was, found a way to set free the wildest parts of my heart. She helped me reclaim my old friend, the girl who loved Solo. And at the end of the day, I hope I’m not alone. I hope she does the same for yours.

Jenny Martin is a Texas school librarian. She lives in the Dallas/Fort Worth area with her husband and son, where she is an active member of the YA publishing community. Tracked is her debut book.

The Fast and the Furious meets Firefly in Jenny Martin’s debut, Tracked, published by Dial on May 5th. Tracked has been featured on HuffPo’s Most Anticipated YA Debuts of 2015, and had an exclusive chapter reveal on Hypable. It’s perfect for lovers of spit-fire heroines, adrenaline rushes and dashing and snarky ex-Princes. People are loving it on GoodReads. You should check it out.