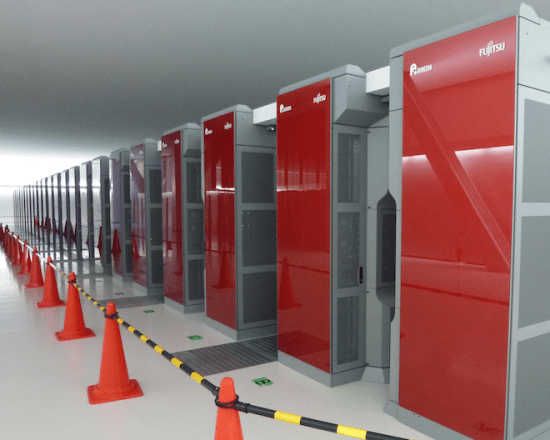 Japanese IT company Fujitsu and the government-funded RIKEN research lab announced that they have pushed a supercomputer past 10 petaflops, halfway toward 11, at 10.51. The computer, called the K Computer, achieves 10 quadrillion operations a second, which is many more operations than we can do per anything. It will be named the world’s fastest computer when the official list is released next week.

The K Computer is quite large, spanning 864 server racks that house over 88,000 connected CPUs that are able to work together. The average performance of the K Computer is estimated to be around 93 percent of its top 10 petaflop speed. Though the barrier is impressive and a record has been broken, IBM and Cray are aiming to launch a computers that reach the 20 petaflop mark sometime next year.

Back in June when the K Computer reached one petaflop, it consumed 9.89 megawatts, which translated to $9.89 million per year, so we can only assume the cost of running a 10 petaflop peak is similarly ridiculous.