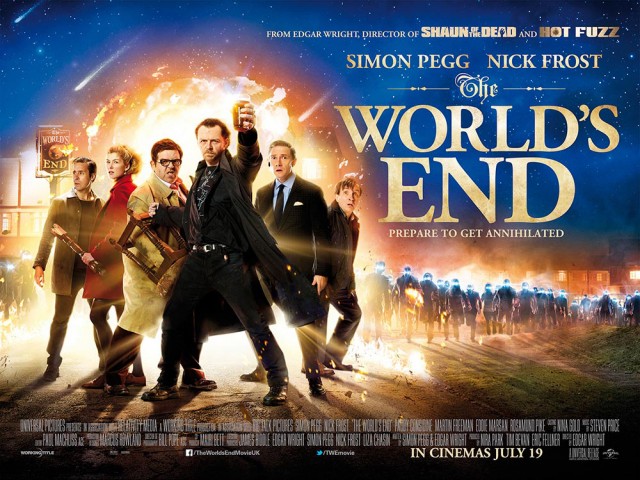 Boy, are we excited for The World’s End to premiere in the USA tomorrow. You know what else we’re really excited about? Getting our hands on the soundtrack, which you know is going to be full of some seriously awesome ’90s Brit pop. Luckily ABKCO Records is pretty pumped about it, too, and want to give out a bunch of copies for free.

If you go onto the ABKCO Records Facebook page, you can sign up to win one of five giveaway copies of The World’s End soundtrack that have been signed by Edgar Wright, Simon Pegg, and Nick Frost.

The soundtrack, by the way, features music from Blur, the Soup Dragons, The Doors, The Housemartins (which, if you’ll remember from that ridiculous Doctor Who extended scene, is one of David Tennant’s favorite bands), and a bunch of other awesome bands. Check out the sampler below:

You can also buy the album on iTunes here if you don’t like your odds of winning  — but if you do happen to win one of these signed babies, let us know so we can all fawn over you with jealousy. I imagine Edgar Wright’s signature is probably extremely cool-looking, just like everything he does.

(via ABKCO Records, image via The World’s End)