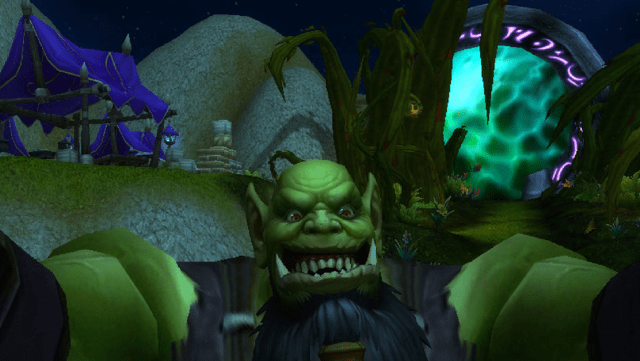 Because honestly, what’s the point of spending all that time crafting yourself a pair of Tankatronic goggles if you can’t see yourself looking cool in them?

The latest 6.1 patch of World of Warcraft includes a new item called the S.E.L.F.I.E. camera, which you receive after completing a 4+ hour 100 level  “Field Photography” mission that asks you to take pictures of “all you can” while in Nargrand. It’s exactly what it sounds like.

Once you complete the mission, you can use the new camera to view your character in typical selfie-pose and then take pictures of them, which are then dumped into your screenshot folder.

Sometimes you’ll even make a duckface!

But that’s not all—it wouldn’t be a proper selfie without an instagram-style filter, right? That’s why the second mission in the series, “Lens Some Hands,” gives you the opportunity to earn a S.E.L.F.I.E. lens upgrade kit that turns your original item into the S.E.L.F.I.E. camera Mark II. This, we’re told, comes with three filters:  Sketch, Black and White, and Death, the latter of which apparently creates a grim reaper to watch you over your shoulder. You know, because selfies are all about reminding yourself of your own fleeting mortality.

If you’re curious—and at the right level to embark on the required quests, of course—the 6.1 patch is now testing across Public Test Realms before it goes live all over World of Warcrafts‘s servers. Blizzard also eventually plans to integrate the selfies into real-life social media so that you can upload them directly to your feeds. What, does the Horde not have its own in-game Twitter yet?

(via PetaPixel, featured image via IGN)