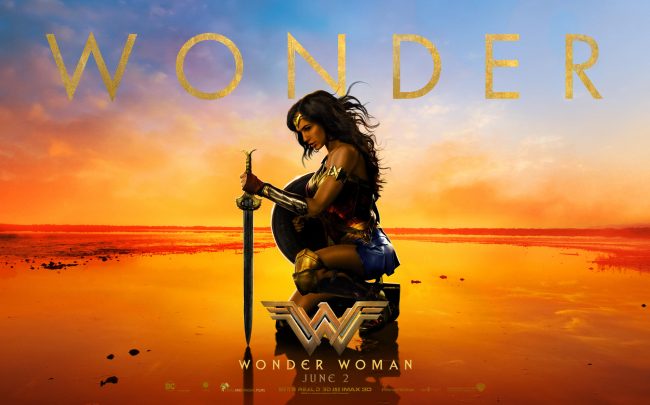 After initial predictions estimated an opening weekend of $83 million at the domestic box office, Wonder Woman soared into theaters with a $100.5 million debut. The film also made $122.5 million overseas for a $223 million global total.

That $100.5 million domestic box office breaks the previous record for best debut weekend by a female director. Director Sam Taylor-Johnson has held the record since 2015, when her adaptation of Fifty Shades of Grey made $93 million on Valentine’s Day/Presidents Day weekend ($85 million if you don’t count the Monday holiday). It also puts Wonder Woman ahead of the opening weekend numbers for both Captain America and the two Thor movies.

The audience was also slightly more female than a usual superhero film, although – get your smelling salts ready! – lots of men also came to see the film. (Men! Watching a movie about a woman! Who’da thunk?) While superhero movies usually pull in a 60% male audience, Wonder Woman‘s was 52% female.

I’m excited that the movie did well critically and financially, but I’m mostly just relieved – because it had to. Director Patty Jenkins didn’t have the luxury of making an okay movie that brought in okay money. She certainly didn’t have the option for a Suicide Squad reshoot bonanza or a critical flop. It’s well-established that Hollywood doesn’t like to hire female directors, and it doesn’t like to make movies about women. For months leading up to its release, Wonder Woman was treated as a litmus test for the market viability of female creatives and female heroes. If it flopped critically, Jenkins would become a mistake hire who couldn’t handle action scenes and superheroics. If it flopped financially, women would be seen as box office poison.

This pressure just doesn’t exist for movies that aren’t about marginalized people. No one, in the wake of Wonder Woman‘s success, is asking, “Why did we ever make that movie about a blonde space Viking? It’s clearly not as profitable as this other movie about a woman! Only women movies from now on!” No. They’re just gonna keep on making Thor movies. (As they should.) It’d be nice if the same were true for movies about and by women, people of color, and LGBTQIA people.

With great reviews and great ticket sales, Wonder Woman seems to have easily passed the test that Hollywood set before it. May its success bring us closer to a world where no film – whatever the race, gender, or sexuality of its protagonists and creatives – has to pass such a test in the first place.

(Via The Hollywood Reporter; image via Warner Brothers Studios)