Wonder Woman kicks ass at the mall, like a true 80's lady. 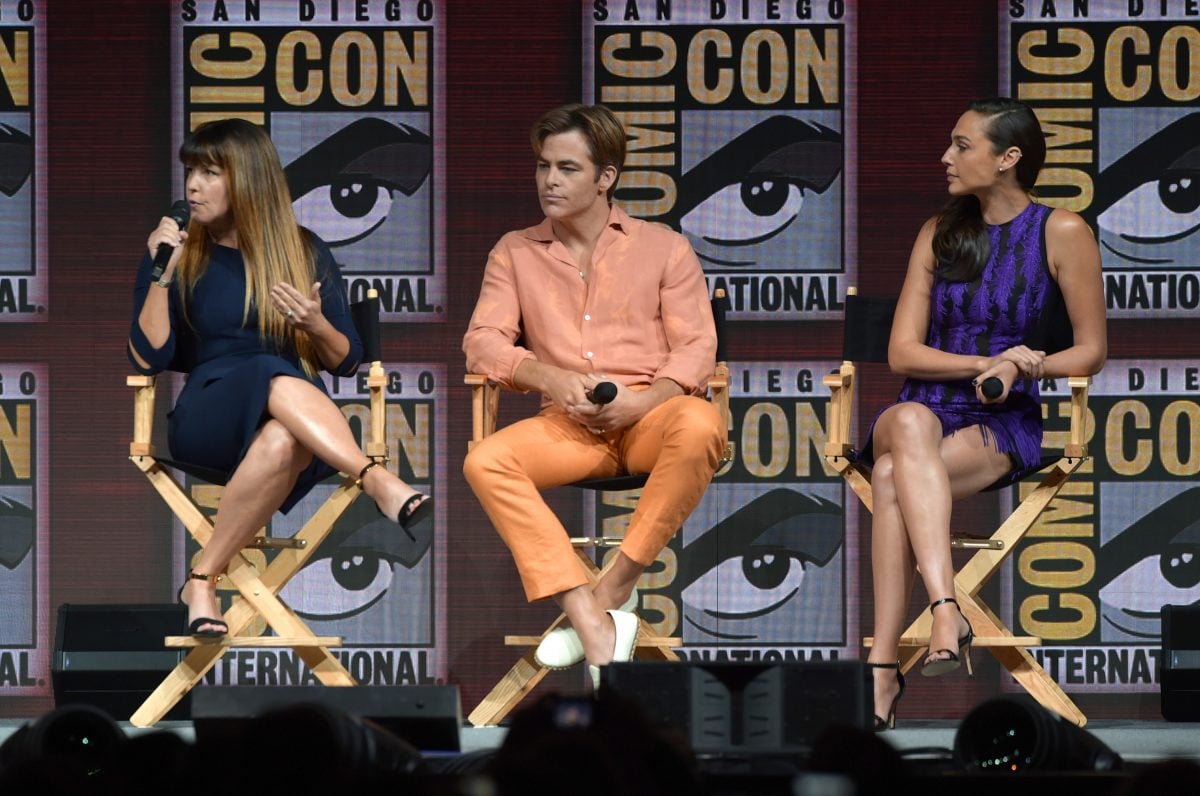 The Warner Bros./DCEU panel drew a massive crowd as expected, as they introduced the director and stars of the hotly anticipated sequel, Wonder Woman 1984. Patty Jenkins, Chris Pine and Gal Gadot took the stage at Hall H, where they played a rough clip from the film, which they are currently shooting in the Washington, D.C. area.

The clip (which is not available just yet) showed Diana in full Wonder Woman armor descending onto a mall, where she saves a little girl and stops some armed gunmen. The little girl stares at Diana in awe (SAME) as she pursues the baddies before lassoing them and crushing their guns. Since we don’t have the clip to show you, I pulled this GIF which will hopefully fill in the blanks (nailed it!):

One of my favorite things about making the first movie in World War I 1917 was getting to know the era. When you dig into these eras, they as metaphors signify things that are true always. There was something about [the 1980s] that symbolized the beginning of modernity and the mechanized world.

I grew up in the ’80s, and this has its own look and feel. The reason I am excited is it showed mankind at its best and worst. It was grand and wonderful, there was great music and there were elegant and beautiful things. But other things about the decade revealed the worst of us. To have Wonder Woman in that period of time that was us at our most extreme, is wonderful.

The three also addressed Chris Pine’s presence in the sequel, which has many fans puzzled about whether Steve Trevor is a ghost, an illusion, or is actually living in 1984. Pine joked, “I am actually not really here right now—I’m just an aura of emotional support for my friends,” while Gadot said “He’s actually the water girl, He comes to set, asks us if we’re hungry…”

Jenkins wouldn’t give up Steve Trevor’s mysterious reappearance, only saying “It’s something I’m super excited for everyone to see the movie to find out, but it’s a very important part of our movie.” Jenkins also discussed the cultural impact of Wonder Woman, saying:

“She is us more than most superheroes. People find themselves in Wonder Woman — people of all genders, races, sizes and disabilities. So [it’s] staying very true to what that original Marston Wonder Woman was: so loving and good and kind and warm yet powerful without a question and open-minded and giving and struggling with her own challenges. [I cared] that she made each of us believe in the Wonder Woman within us. That’s what I care about.”

Gadot also took a moment to talk about the women in her life who inspire her performance:

“I grew up having a strong opinionated mother who was also very warm and loving. And then all of my girlfriends, they’re all very strong and independent and smart and soft and funny. I believe that that’s the way we are, women. And I was just very grateful and privileged to have the opportunity to portray the extreme version of that. I bring only what I believe in, and that’s exactly what I believe in.”

Are you as excited as we are for Wonder Woman 1984?