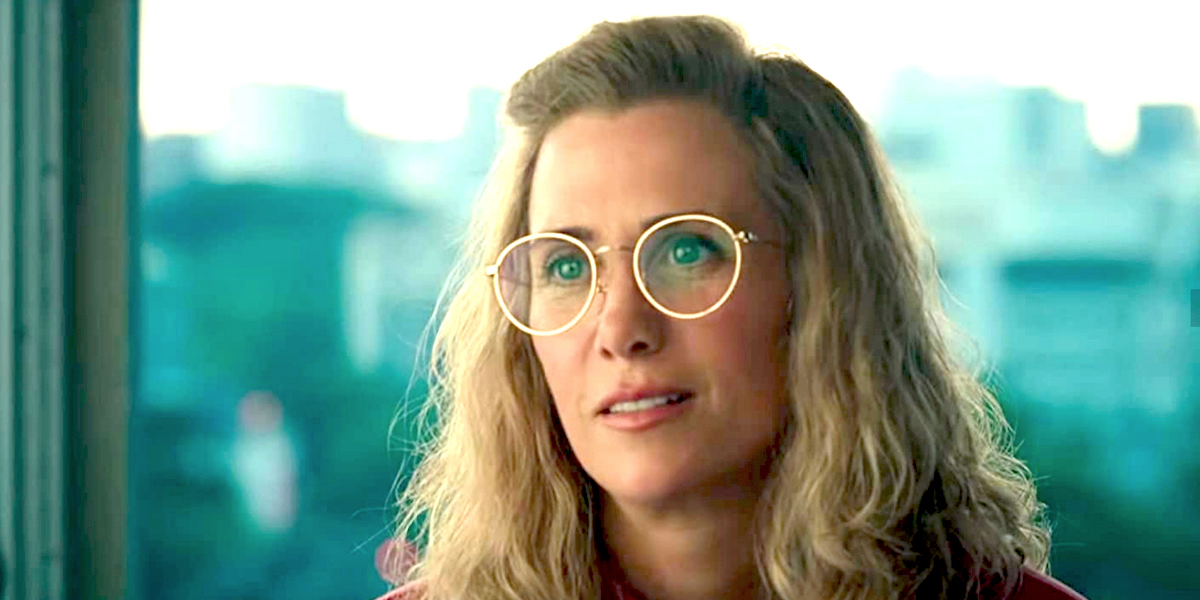 Wonder Woman 1984 isn’t just one of the few superhero movies to have a female lead with the titular heroine, a.k.a. Diana Prince (Gal Gadot). Even in a market already saturated with superhero fare, it’s one of the few to feature a female supervillian. Even juicier—and, potentially, hilarious—is that it’s the Cheetah. How delicious to have a villain who is also a cat, often a symbol of femininity itself?

After all, who doesn’t love a good villain? Even as we’re cheering on the hero, deep down (or not so deep down), we might need the villain just as much, or even more. After all, doesn’t victory feel cheap without a formidable opposing force? Don’t many of us secretly want to emulate them, throw off the rules, and embrace the worst within us, consequences be damned? And just skip all the parts of The Dark Knight without Heath Ledger’s Joker?

There’s a reason villains often become just as iconic, sometimes more so, than the heroes they oppose. The darker realms they tend to inhabit, along with their typically murkier, amoral lifestyles, can only be more interesting than our depressingly ordinary routines, or a hero you can always count on to do the right thing. More unnervingly, onscreen evildoers tend to be directly connected to us. If they’re not dark reflections of our own good intentions gone awry, they’re tragic characters, cautionary tales, or whatever society tries to tell us not to be. There’s a reason many villains (like almost every single one Disney ever gave us) were and still are often coded as queer, a depressingly strong trend which directly ties into the “Bury Your Gays” trope.

Throw in gender, and you get a whole new interesting concoction, especially as films try to stay with the times and put those who were traditionally sidelined (at best, or ignored or vilified at worst) front and center. To have a woman as your opposing force is to explore what a woman is still expected to be, even in our post-#MeToo world.

It could easily go wrong … and in Wonder Woman 1984, it does. Oh, so, so wrong. Cheetah doesn’t just come to embody societal expectations for women, but the wrongheadedness of the movie’s premise. It believes it’s criticizing capitalism, our rampant need to consume more, but what it’s really afraid of is instability. In Wonder Woman 1984, when you empower those not born to it, the result isn’t just unrest, but the unraveling of the social order, the fabric of society, and the world itself.

When we first meet the Cheetah, she’s just Barbara Minerva, delightfully played by Kristen Wiig, and she is indeed everything Diana is not. Naturally, she’s enamored by the effortlessly elegant, confident, beautiful Diana, even if the movie runs away screaming from the subtext of it, which is outright silly, considering … it’s Wonder Woman. This movie kicks off during an athletic event on the all-female island of Themyscira, with a crowd of women cheering on the contortions of various female athletes. I mean, come on. Barbara even walks away from a dinner with Diana with the bright smile of a first date gone right, and is then even rescued from a harasser by Diana … who then leaves without offering a lift or any kind of escort home.

This flagrant violation of the girl code, which is almost on par with the ladies of Quentin Tarantino’s 2007 film Death Proof leaving a member of their group with an outright creep to test drive a car, could be forgiven if Wonder Woman 1984 had any insight to the deeply privileged state in which Diana moves through the world, especially when compared with Barbara. 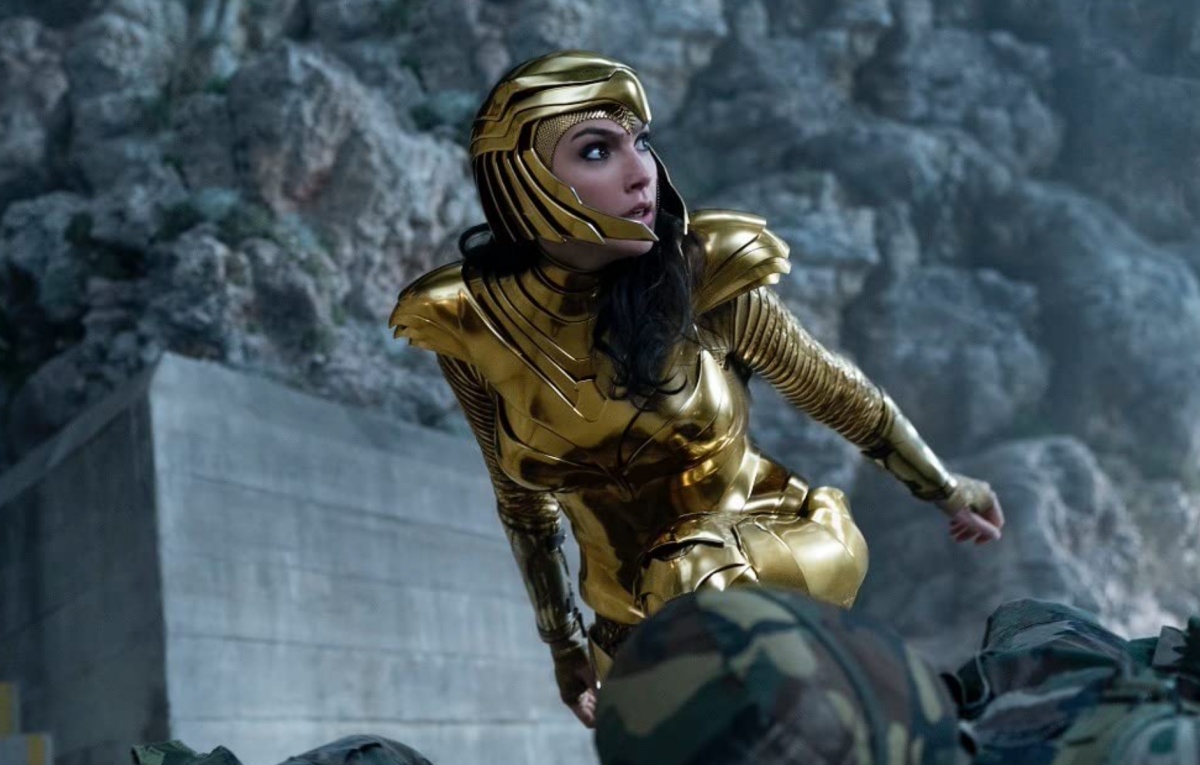 Both women are highly knowledgeable, and deeply competent in their fields, but it is Diana who effortlessly commands not just everyone’s respect, but their attention, with an entire world and a great deal of money at her disposal. Diana commands power like one who was born to it, which of course she was, as a literal princess. She’s also, appropriately, demurely dismissive, not just of the attention she gets, but the spotlight in general.

When Barbara is magically granted powers similar to Diana’s, she reacts in a fashion that sets off alarms, being neither appropriate nor demure, since it almost immediately involves exchanging her long skirt for a more clingy wardrobe and heels. Soon, her coworkers are taking notice of her, as does the film’s main, villain Maxwell Lord (Pedro Pascal), a sleazy businessman/con artist who gets a redemption arc and a backstory Barbara is denied.

Even when Barbara is empowered, Diana continually ignores her, brushes her aside, and talks over her. Barbara’s power is never something to celebrate, and it instantly detracts from her warmth and kindness, with her revenge on the man whose harassment looked to deteriorate into outright assault depicted as a sadistic, bloody beating. This is a woman who has absolutely no intention of sacrificing her power to maintain the status quo, and she suffers for it in a way Maxwell Lord does not.

When she and Wonder Woman have their final confrontation, Barbara has become something more feline than human, while Diana is decked out in glorious golden armor, the symbol of the rightful, divine ruler coming to punish the interloper and set the world right again. Barbara never even gets the opportunity to become tragic because Diana has barely gotten to know her, let alone befriend her, treating Barbara as a source of information while traveling the world and reconnecting with the resurrected Steve Trevor (Chris Pine).

Where Maxwell Lord is revealed as a man who was victimized by the abuse and bullying he suffered as a child, Barbara is given no such exploration. She refuses to redeem herself and gets (non-fatally) electrocuted for it … by Wonder Woman.

It’s not just unnecessarily brutal; it’s deeply upsetting for a heroine who is known for her compassion, and hypocritical in a film that takes pains to remind us we all have our struggles, yet deems some unworthy of compassion. It’s a privileged woman’s view of equality, which centers the concerns of those born with a destiny and a lifetime of chances for success, advocating not for a better world, but more insidiously, the world as it already is.