How Can Anyone Still Argue That Female Athletes Don’t Deserve Equal Pay? 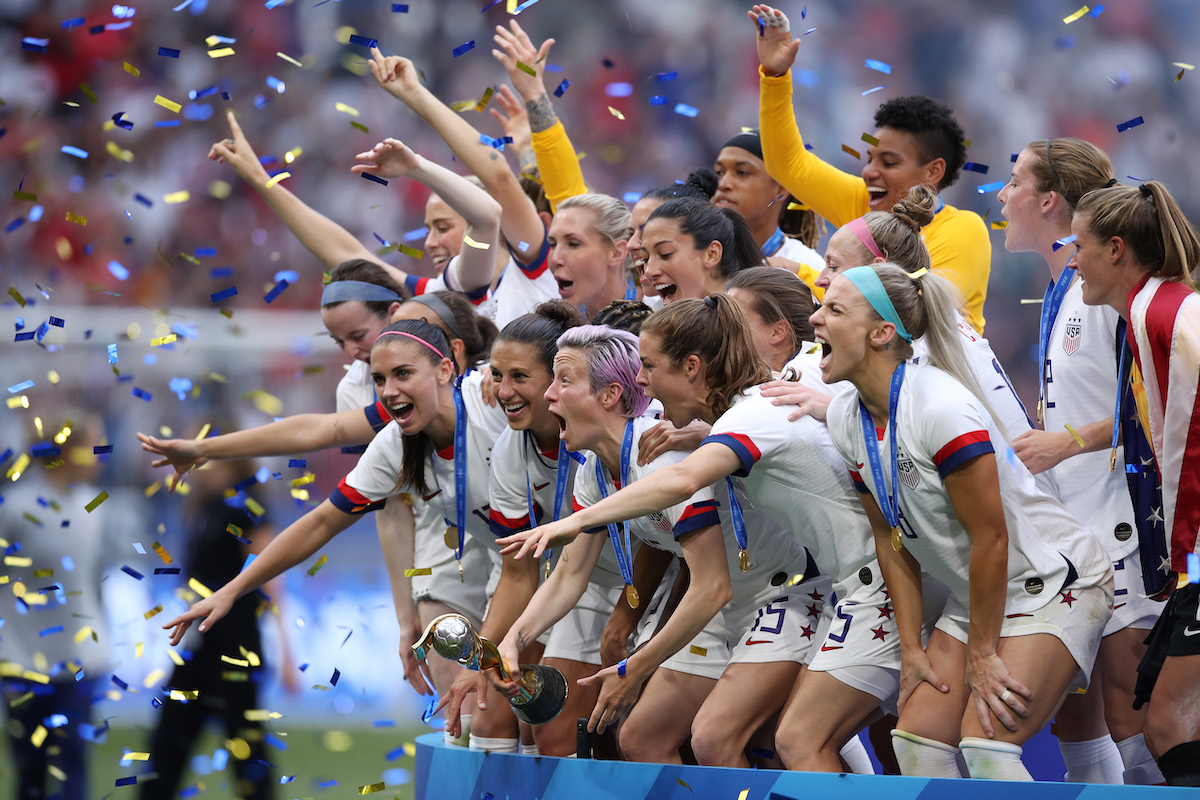 The US women’s soccer team beat the European champions of the Netherlands 2-0 Sunday, winning the Women’s World Cup. That win, in addition to the extreme popularity of the sport that’s grown over the last few weeks, had a lot of fans upset over the unequal treatment of these incredible athletes.

There is now a deafening “EQUAL PAY” chant thundering through the stadium in Lyon.

The New York Times called that chant from the stadiums “deafening.”

The pay disparity between the US men’s and women’s teams is staggering. The Guardian recently broke down the differences in the bonus structures between the leagues, and how male players have access to more than four times the pay women do. FIFA recently increased the prize money for winning the World Cup (just one of a number of bonuses available to players) from $2 million to $4 million, which, as the outlet notes, “[pales] in comparison to what they could’ve earned if they were entitled to the bonuses men got, but it will still be the most they’ve ever won.”

The US Women’s National Team has filed a class action lawsuit against the US Soccer Federation for gender discrimination, and it’s hard to argue that they don’t have a compelling argument.

One of the most common responses to the argument for equal pay for female athletes is that they would only deserve it if they got equal ratings to the men’s games. Guess what, though. They did.

The final games set Dutch TV ratings record, with a reported 88% of the viewing public tuning in to watch the US-Netherlands match. And in the US, ratings for Sunday’s game were 20% higher than the last time the men’s team played in the World Cup, in 2015. Of course, their ratings then may have been higher if they’d advanced to the finals, which they did not. Ultimately, Sunday’s game smashed viewership records worldwide.

Another argument: equal pay if they bring in equal revenue. Again, they do.

On the merchandising side of things, there’s no question:

As for revenue from sponsorships, those grew nearly 50% in 2015, the last time men played in the World Cup, and another 25% when the women’s team won the cup that year. But as the Washington Post reports, the U.S. Soccer Federation sells sponsorships as a bundle, so revenue growth can’t technically be attributed to one team or the other.

However, the Wall Street Journal writes that in the last three years, “U.S. women’s games generated more total revenue than U.S. men’s games, according to audited financial reports from the U.S. Soccer Federation.”

The secondary ticket market for #USA–#FRA is exploding. Women’s World Cup TV audiences around the world are setting unexpected records. USWNT revenues exceeded USMNT’s for 3 years. The message is clear for FIFA and national federations:

Part of that may be due to the recent surge in “woke” marketing trends. WSJ writes that “there are signs the U.S. women’s equal-pay fight has spurred more marketing deals for the federation.” Certainly, there have been a number of really powerful ads to that effect.

Quite the ad from Nike: “I believe that … a whole generation of girls and boys will go out and play and say things like, ‘I want to be like Megan Rapinoe when I grow up.’ And that they’ll be inspired to talk and win.” pic.twitter.com/D0PfztNyXr

That is a great ad. But if Nike, FIFA, and the USSF are all making money off of the backs of women without giving a proportionate pay increase to the women themselves, then even incredibly moving ads like this one are more exploitation than appreciation.

Last month, just a few hours before the start of the first World Cup match, FIFA and the UN’s Entity for Gender Equality and the Empowerment of Women signed their first ever “Memorandum of Understanding” pledging to examine “gender equality for women both on and off the pitch.”

FIFA President Gianni Infantino–the person who inspired those “EQUAL PAY” chants–said that “Together, we will raise awareness about women’s football and its impact in terms of health, empowerment and positive role models for women and girls around the world.”

Hopefully, he plans to follow through on those words. It sure helps that the issue is getting as much attention as it has been lately.

Rapinoe on the “Equal Pay!” chants and the booing of Infantino: “A little public shame never hurt anybody.”

There will surely still be some people who will concede that the USWNT deserves equal pay to the men’s team, but not female athletes in general. But what is so evident here is that the pay disparity isn’t merit-based, it’s 100% gender-based.

The fact that so much of these athletes’ pay comes from bonuses, but that even women at the very top of their sport don’t have the option to earn anywhere close to the men’s rates makes it clear that the entire structure needs an overhaul. And it needs a basic foundation of respect for female athletes that currently just isn’t present.