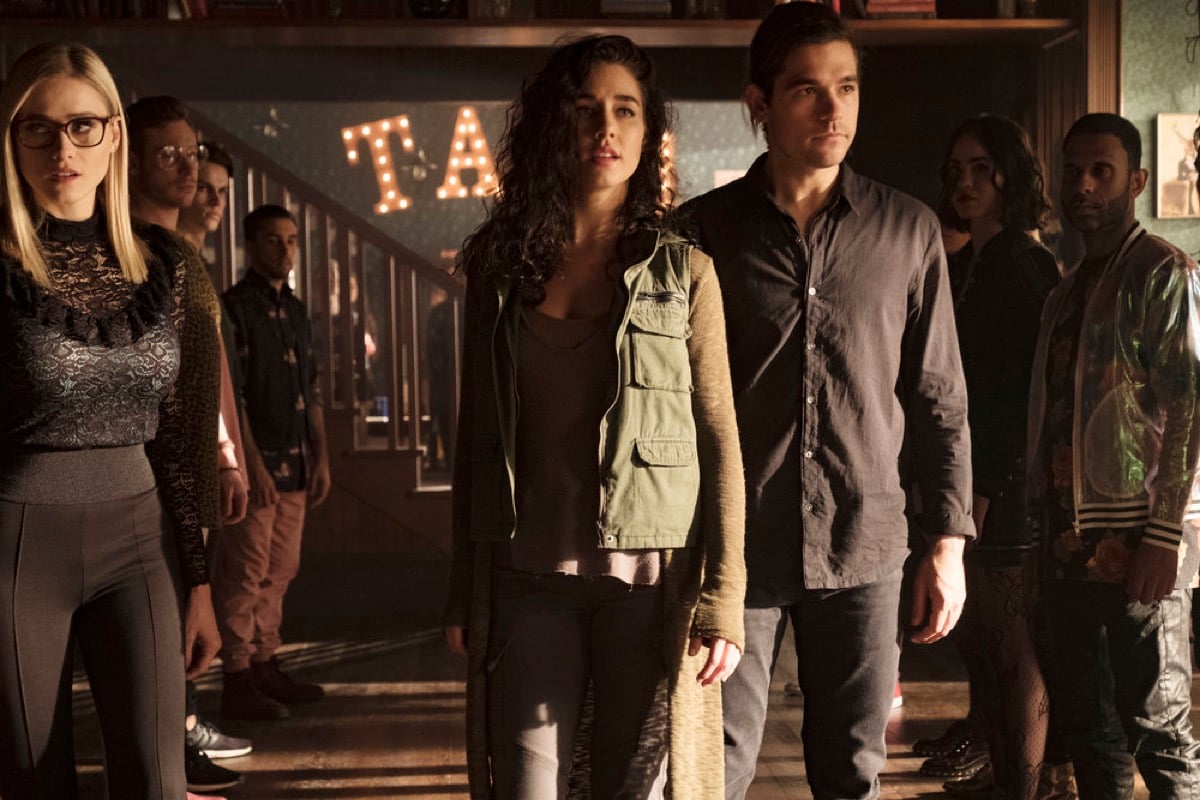 In every aspect of Syfy’s The Magicians, women hold positions of power—no matter the slight shading they were given at the start of the series as characters such as Quentin, Eliot and Penny took center stage—sometimes at the expense of their characterization. Alice, Margo, Julia, and Kady started out as love interests or comedic relief. Without the damnably obvious understanding that they could in fact be three dimensional human beings who loved, quipped, and powered through immeasurable adversity with nothing but unfairly earned perseverance and white-knuckled fortitude, the show ran the risk of being fun, but safe in its depiction.

Since then, the series has taken great strides in its ability to tell stories that reflect our world while simultaneously leaning into the lunacy that occurs in a universe full of magical beings and creatures, but its greatest and most effective feat has been the redefining of its core group of twenty-somethings at the end of season one, and the persistent growth they’ve gone through since. All that has made the spell cast on them at the end of season three—one that wipes their memories and hands them false identities to keep them safe—hold a very intended weight.

Across the board, the development for the leads—and those who fill in the sidelines—has been welcome. Quentin has been perhaps the most crucial, transforming from an often insufferable “Nice Guy” and “Chosen One” archetype into an empathetically self-aware lead concerned mainly with the fact that he’s a mere rook on a chess board full of knights and queens.

Penny and Eliot change more gradually, with the latter being thrust into the role of High King of Fillory, forced to take ownership of a land he didn’t mean to inherit, like all adults who are suddenly finding themselves outside of the reasonably stabilized University lifestyle. His actions have real, substantial consequences now, and they aren’t ones he can run away from by diving headfirst into a bottle.

Despite all this welcome depth for the men, it’s the women of Fillory and Brakebills who elevate the series from typical fantastical fun into something greater and more inherently poignant. Too often, the Julias and Alices of a series would be labeled as Mary Sues, too perfect at everything and achieving their positions of power in unearned manners, or Tough Girls, women written as stereotypical male action hero types.

Both labels hold problematic baggage, and what The Magicians has done so remarkably is allow them to exist on the outskirts of those reviled labels while redefining what they mean. By all accounts, Quentin is the one who was unjustly chosen to be in the heroic role, while Julia and Alice both possess more natural power. Kady is the scrappy fighter who no one listens to, and Margo is the quiet tactical genius who plays sidekick to her male best friend who lucked his way into the position of High King at the end of season one. 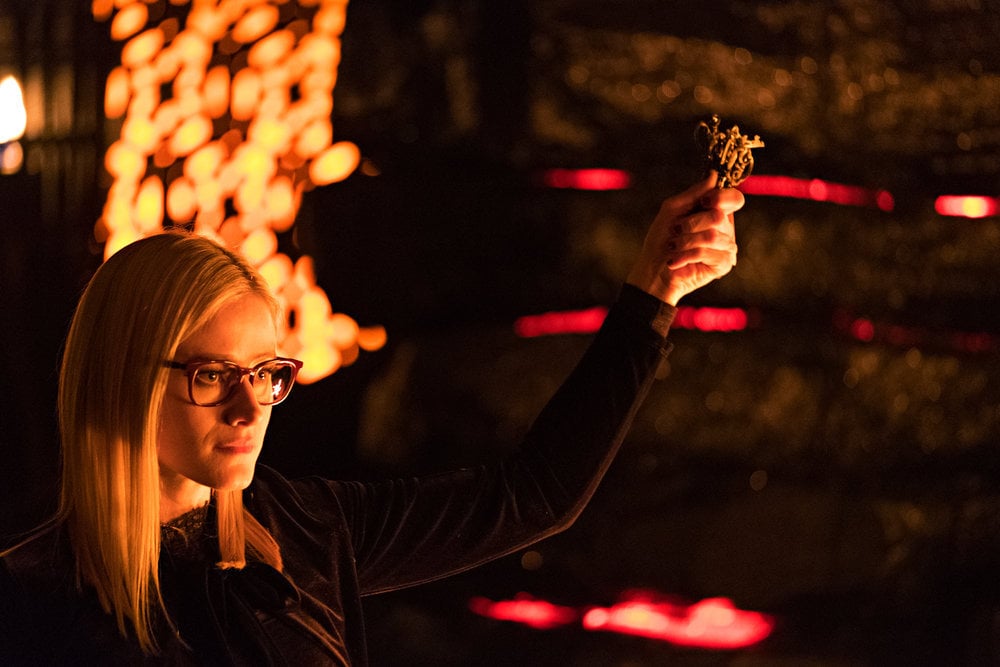 Olivia Taylor Dudley as Alice in The Magicians episode “Will You Play With Me?” (image: Eric Milner/Syfy)

Just the admission of these character traits would be enough to satisfy some, but the show goes further to break conventions. Alice is presented, at the start, to be Quentin’s love interest but rapidly grows from that label. It’s all but obliterated in season two, when the series pulls the rug out from under us with a clever move and kills her, bringing her back as a compassionless Niffin.

Quentin takes great pains to save her soul, but she returns different than before and furious with him, making her all the more intriguing as a character, acting on what she believes to be her—and magic’s—best interest. Her loyalty doesn’t lie with the group but with her intuition as the smartest character in the lot. Her connection with Quentin remains, but it’s changed to the fresh starting point of someone relearning to live her life and cooperate with those who share her goals

As season three progresses, more humanism rustles underneath her new, Magic-borne cold exterior, even after she’s endured so much and lost too many. For a character who, at the start, seemed destined to fulfill the “type A” personality, in contrast to the wild-child natures of the other women on the show, the writers have done superb work in upending expectations. 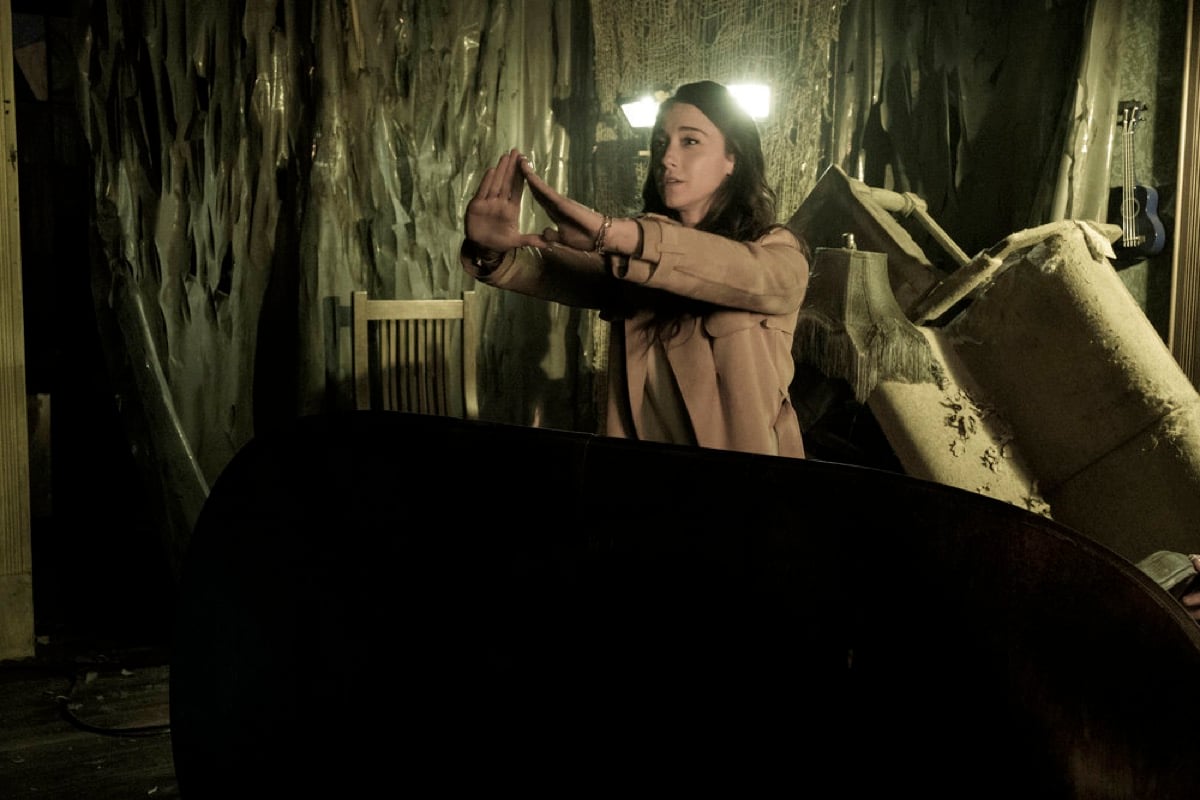 Similarly, Julia began the show positioned to be the one that got away—the dream girl to Quentin’s nice guy schtick—and was quickly saddled with her own side plots that ranged from addiction to finding faith in a higher power as a means to process an itch she couldn’t scratch (this being magic).

In the first season, she’s raped by the trickster God, and while sexual assault isn’t ever a plot device to be advocated for due to history proving that too few (male) creators can handle the topic with due consideration, The Magicians handled it with about as much care and tact as a wary viewer could hope for. It actively refused to be shot with a male gaze and wasn’t ever intended as a plot contrivance for masculine pain. Rather, it propelled our true heroine forward on an important journey of self-discovery.

It could’ve come off manipulative, but actress Stella Maeve and the writers wove in an incredible amount of humanity into every aspect. From wanting revenge and losing her shade (essentially her conscience and ability for empathy) to realizing that justice doesn’t simply come in the form of killing the being that hurt her, realizing her Goddess abilities, and further proving her altruistic courage in a demonstration of selfless self-sacrifice, Julia’s narrative has been one of hardships, trauma, and minimal victories. She has become the real hero of the story not because of what power she possesses and what she chooses to do with it, but because of how often she’s willing to let that power go for the sake of someone else’s happiness—even if it’s just the hope of it.

Julia and Margo have become the dual headliners of the series, as much as the rest remain favorites because the entire cast is wholly charismatic. Margo, while demonstrating moments of real warmth at the start, with Quentin and Eliot, was known more for her chilly exterior—the cool girl to Alice’s mousy personality. Her ability to read a room is acknowledged as a positive, though, when she’s proclaimed High King of Fillory in season three, unseating her best friend Eliot in the process. 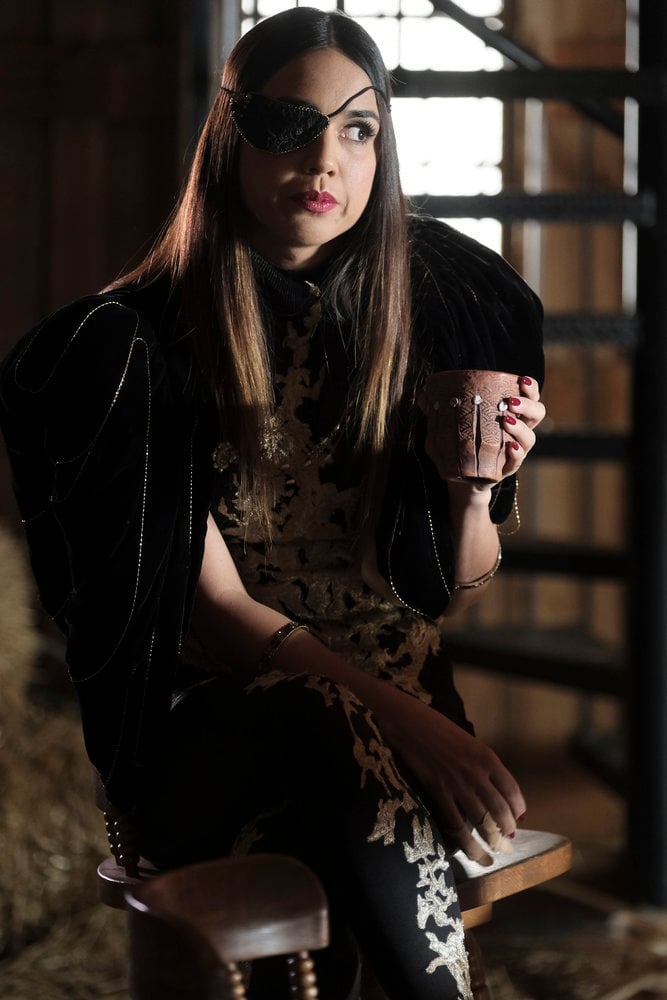 She goes toe-to-toe with the Fairy Queen and even finds an ally in her when a greater threat looms. She makes friends with a sentient ship meant to kill her. Under her cool approach lies a triumphant beating heart that is willing to lay it all on the line to save her friends, handling power with a much more effortless hand than Eliot ever did, silently ruling proceedings from the side while Eliot had more power.

Her intelligence and knowledge of Fillory was used primarily as a gag in season one, and her long-running interest in pop culture remains a humorous footnote to such an enriching character, but we’ve seen her, over each story arc, fully embrace her skill and power as her own, as something to be celebrated. If there’s one character to keep watch of going into season four with all the possibilities they possess, it’s her.

Though Margo, Julia and Alice are the big three when it comes to women characters, there’s been plenty supporting characters who prove the point that all the most powerful roles in this universe belong to women. Kady, part of the main group but still not as fleshed out as the rest, readily joins in fights even when she knows there’s little personal gain to be had, and Marina, a rebellious former Brakebells student, is shown to be a genius spell caster in both universes and led the group of Hedge Witches—magicians who studied out from under the university’s thumb.

Beyond that, there are characters such as the Fairy Queen and The Librarian, both of whom prove to be excellent adversaries who are drawn with just enough subtlety to be more than the caricatures they may have been.

Led by a male character, gawky and awkward and obsessed with all things fantastical (at the start, at least), The Magicians didn’t particularly present itself as being a rather ambitious series in terms of advocating female empowerment at the offset. As it progressed, and as women were allowed to learn from missteps and sorrow and apply that pain to become stronger, brighter, and more compassionate, it began to present itself as a series that knows its female characters are the ones who stun and perform demanding acts of strength that require every ounce of the human spirit.

They’re deeply flawed, but they are never written to be anything but, always striving to the best versions of themselves that they can be, even if it takes a messy and debris-ridden path to get there, in the end. They reach far beyond the archetypes laid out before them to embody and embolden women characters that we would be lucky to see more of in all areas of storytelling.