How Women in Video Games Saved My Life | The Mary Sue

How Women in Video Games Saved My Life 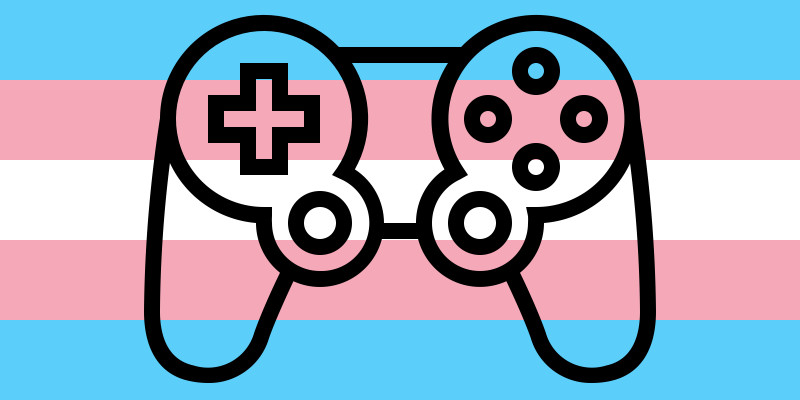 Once upon a time, I was a daily gamer, logging an unreal number of hours across a few favorite games. Recently, I sat down to play my first video game in a year. My break away from gaming wasn’t exactly planned, it just happened naturally. Before I began my gender transition at 34, video games were my go-to distraction to deal with the effects of my gender dysphoria. For years, the only expression of my true self that I had was with female video game characters.

I first knew I was really a girl at age eight, even though back then I didn’t know the term “transgender” or that transitioning was a thing that people could do. It was around then (1988) that my parents bought an NES for myself and my older brother. I remember we had the original Super Mario Bros./Duck Hunt/Track and Field triple cartridge because the system had come with a power pad. I preferred Mario Bros while my brother, an avid hunter and fisherman, gravitated more towards Duck Hunt. It wasn’t until a few months later when we got Super Mario Bros. 2 that video games became a vital piece of survival equipment for me.

Even at that young age, I was crying myself to sleep, praying to wake up as a girl, with no memory of being a boy. Outwardly, I was just your typical roughhousing little boy, I didn’t ask to play with Barbies, I didn’t insist on being called a girl, I didn’t demand girl’ clothes. Those things were much much too scary to ask for at the time. The only way someone would be able to tell something was amiss was if they paid close attention to the way I used to play Super Mario Bros. 2. I used Princess Peach obsessively. I still have muscle memory for her floaty jumps and the longer length of time to pull up turnips, even to this day.

Peach was the very first female character that I ever got to play, and allowed me a total escape. Even though she was just a 2D image on a grainy television, when I was playing her, I was the one in the red dress; I was the one with the long blonde hair. It was me floating through the air over her enemies. The game was difficult (I never beat it), but I spent hours at it. Beating the game became secondary to expressing my secret identity. 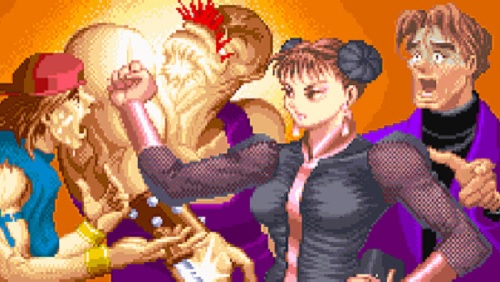 My cousin recently reminded me that we used to play Street Fighter 2 Turbo all day long when we would see each other (which wasn’t often, living across the country). I loved spending time with him because we were the two biggest gamers in the family, and we developed a bond despite the distance. When he brought up Street Fighter, I joked “Now you know why I was so good with Chun-Li!” Her lightning kick was so easy to pull off and her costume and hair was just perfect.

Chun-Li was a physically intimidating badass in a way that I knew I would never be. When I was Chun-Li, it wasn’t just opponents I was beating; my enemies became my bullies, the guys who called me “faggot” or taunted me by calling me a girl. A Chun-Li kick to the face was my way of letting them know that damn right I was a girl and I’d still kick their ass. In actuality, it was only in the virtual world that I was a tough chick. I rarely had the temerity to fully stand up to my bullies. It happened occasionally but I was always a gentle giant. Besides, when they were constantly calling me a girl and were actually right, who was I to argue? 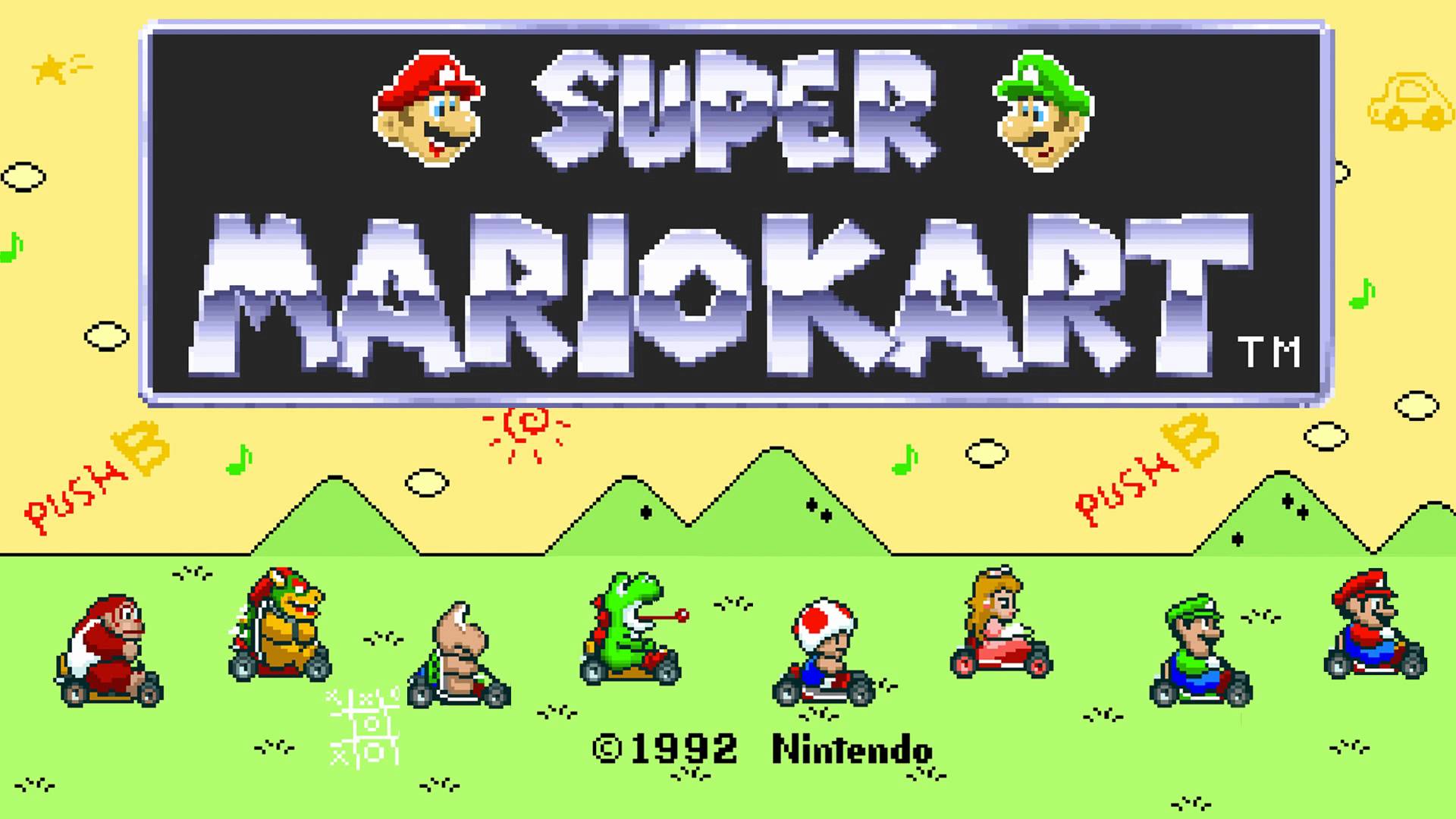 “If I win this race, I’m going to get you a pink, frilly dress for your birthday!” my brother taunted me right as our Super Mario Kart race began. I was twelve years old and it was a month before my February birthday and I was playing as Yoshi. My brother was trying to psych me out by trying to humiliate me. “Would he really get me a dress?” I thought to myself as I careened around the course. I lost badly.

The original Super Mario Kart was interesting in that the slight differences between characters were matched in pairs. Bowser and Donkey Kong had the slowest acceleration but the highest top speed, while Koopa and Toad had average speed and acceleration but great handling. Princess Peach and Yoshi were quick off the line and had better than average handling. Mario and Luigi were average at everything. This introduced, in essence, a second closet for me. I’d play Princess Peach obsessively in private, but when it came time to play with my brother, I’d hide by playing her analog Yoshi. I was becoming more aware of the stigma attached to little boys who were really secret girls.

In the end, I didn’t get the dress. A few weeks after, we were playing Mario Kart again; when the race ended in my brother’s victory, I put my controller down suddenly. He looked at me, confused, as I spoke. “I… thought you said you were going to get me a dress for my birthday?”

His eyes narrowed and then went wide as saucers and then narrowed again suspiciously. “You WANTED a dress, didn’t you?” he spat. I instantly regretted bringing it up. This is not how it was supposed to happen. I wanted the blue couch to turn into a blue dragon and swallow me whole.

“You WANT a dress, don’t you?” He was standing now, looking down at me menacingly. I couldn’t hold back the tears anymore and I cried my denials, my humiliation complete. “You’re SICK, you know that? You need a psychiatrist! You’re mentally ILL! You’re sick!” Each word ripped a successively larger hole in my heart. My brother stormed off to his room, leaving me crying in his wake.

My gender situation became a whole lot more complicated once I entered my teenage years. Puberty hit and my new body revolted me, but I tried to make the best of it. When I was 14, a flooded basement destroyed all my games. I repressed my gender identity, and gaming wouldn’t be my outlet again for many, many years.

Much later, as a thirty one-year-old, I was heavily back into gaming. I had glommed onto a clan of British gamers through Call of Duty 2, playing a tactical realism style that looked nothing like a stereotypical game of COD. As COD2 online play finally started to die out, we looked for new games to play; one of our favorites was a mod for Arma 2 called DayZ. 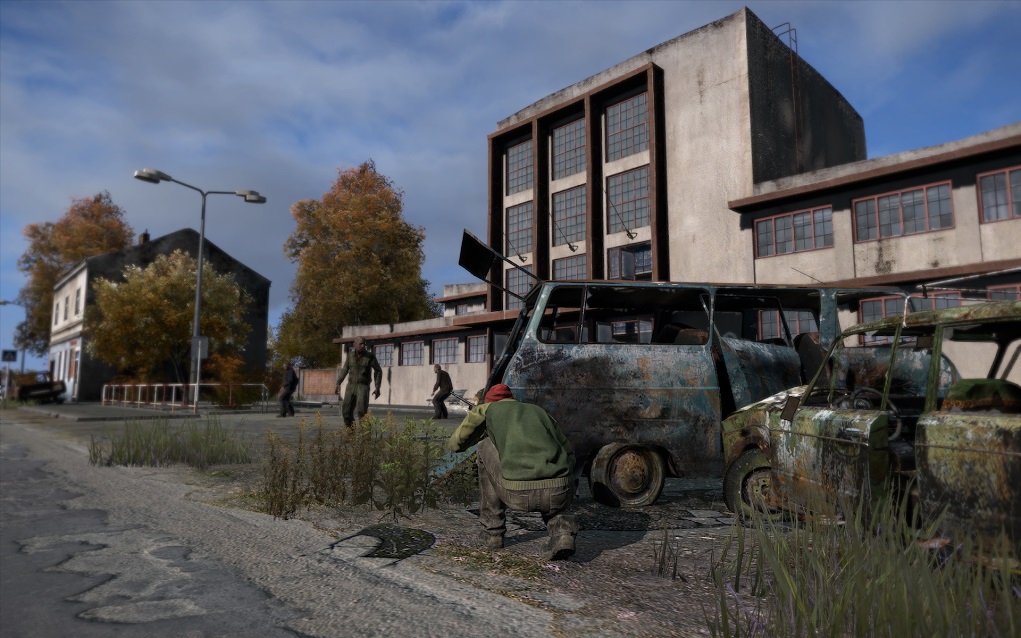 I’d been struggling with my gender again since my thirtieth birthday. I had bought a set of women’s clothes for the first time in a decade in an effort to find relief. I didn’t know then that my journey would lead me to transitioning, but I knew that the dysphoric attacks that I was suffering from were getting more severe by the day.

It seems like such a simple thing, the character select menu in DayZ. The first time I logged in with the group, I chose the girl character. My friends were confused. Using my nickname they’d ask me “Tabz, why are you always the girl, mate?” My response will sound familiar to any trans girl gamer: “I just want to stare at her ass while I play, lol!” (Side note: if a “guy” you play with says this to you, she’s probably trans. Just saying.)

It was odd to me that the women in the game were treated slightly better than the male characters. Strangers would sometimes try to befriend me rather than resorting to straight-up murder. Even when it was understood that most of the female characters were being played by people presenting as male in real life, there were slightly coded gender roles within this pretend world. It was odd and yet also a relief.

DayZ eventually died off, though people still play it in its standalone version, which I never liked as much as the mod. By the time the game reached its end, I was well on my way towards mentally preparing to transition in real life.

Overwatch is the game that drew me back to gaming regularly. My boyfriend had been raving about it for weeks, so over Thanksgiving, he finally had me try it out. The character select menu was a dream come true, with so many male and female characters to choose. And yet, now that I present as the woman I truly am all the time, I don’t feel any particular attraction to coding myself as female in an online form. In fact, Hanzo is my main simply because he fits my play style. Coming from my tactical realism background in COD2, I was used to using cover and moving deliberately while preserving my own life. Hanzo fits that best, though Widowmaker works as well (and her Rose skin is absolutely to die for).

Through the years, it was video games that saved me. After a hard day of dysphoria it was so relieving to just be able to melt into a virtual world and play as my true self. This is why representation in video gaming is so important, not just for trans people but for anybody. It’s important for people to be able to see themselves in the media they consume. They deserve to feel like an unattainable badass like Chun-Li, and they deserve to see themselves interacting with a virtual world in powerful and moving ways.

Katelyn Burns is a trans woman, essayist, parent and feminist from Maine. Her other work has appeared in VICE, The Establishment, Sports Illustrated and SheKnows. She’s looking forward to a winter without shoveling snow now that she lives in a condo. You can follow her on Twitter @transscribe.