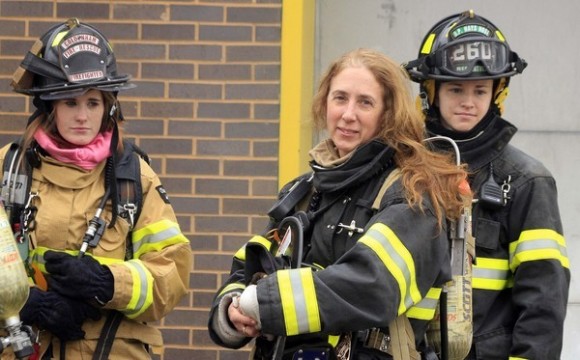 Being a firefighter is a difficult profession that not everyone is cut out for it. Society at large sees it as a job for men, but twenty women in New York state are skewing stereotypes by training to become firefighters. And no, they aren’t the first, we just want to take a moment to applaud them for it.

The ladies took part in the Westchester County Department of Emergency Services’ Women’s Weekend. It was the first time they held this particular 12-hour training course said the Scarsdale Patch. “As part of the course, the women—wearing 80 pounds of gear—had to run into a burning building (the fire set intentionally with propane) and not only extinguish the fire, but also locate and extricate dummy ‘victims.’ Many of the women who participated hardly weighed more than the gear they wore.”

“The main reason we decided to hold this course was to enhance our female firefighters’ abilities and give them the confidence they need when fighting fires in the real world,” said Luci Labriola-Cuffe, Armonk FD’s fire chief and training coordinator for Westchester County’s Department of Emergency Services. “Many people think women aren’t as physically capable as men to fight fires, and that just isn’t true.” 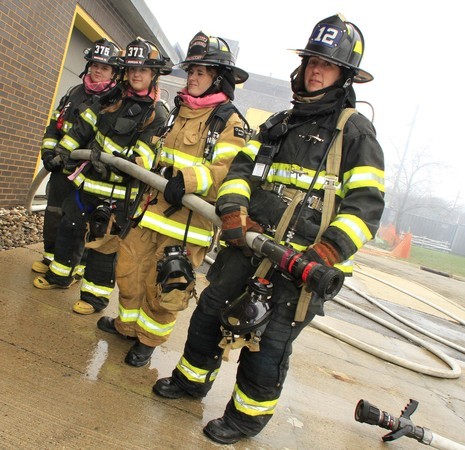 Five foot three Mara Halley told the paper her “‘sheer determination’ helps her keep up with the men in her department. Though the physical prowess she’s gained from kick boxing, running, horseback riding and Krav Maga—a form of Israeli self defense—can’t hurt either. ‘Regardless of gender, you have to be willing to do this job and show that you’re ready; that’s how you gain respect,'” she said.

Marissa Castellano told them the road to becoming a firefighter isn’t without it’s challenges. “There were three women who joined that year and the guys were kind of standoff-ish. It’s not that they were un-supportive, but it was as if their eyes were always on us. I think the greatest challenge for female firefighters isn’t gaining the respect of the men in their departments, but keeping it,” she said. “I love the rush of fighting fires; that’s why I do it. Besides, I grew up working on a fishing boat and now go to a quasi-military institution that’s made up of 90 percent guys. I’m just used to the regimented lifestyle.”

Some of the women admit that although they exercise and train hard, they may not have the same physical abilities as men. “That’s why I think this type of training is crucial,” said Shelly Florence-Glover. “With proper teamwork, six women can lift the roof off of a burning car and save a life as easily as four men. We just need to learn to work together. I’m not the type of person who wants to sit back and watch because I’m not strong enough to do something. I want to jump into the action.”

There is one area the ladies would like the job to be adapted however. They write, “[Caline] Friedli said she’d like to see some of the gear better tailored for women’s different body shapes. For example, many women have to wear suits that are too wide in the shoulders to accomadate for their chests.”

Makes sense to me. Find out more about this particular group of firefighters on the Scarsdale Patch website.