Women Are Better Physicians, So Why Do They Get Paid Less? | The Mary Sue

Women Are Statistically Better Physicians, So Why Do They Get Paid Less Than Their Male Counterparts? 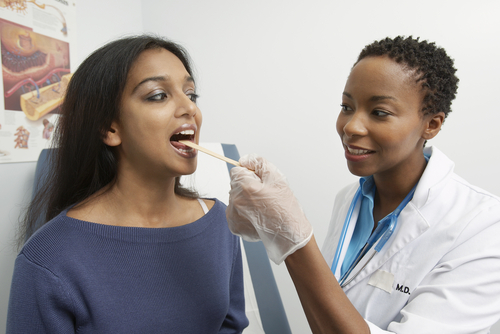 Though we usually deal with it around here in relation to pop culture, a gender-based wage gap exists in all fields. One of the places where it’s most stark is in medicine, where female physicians make almost $20,000 (8%) less a year than their male counterparts. What makes this more infuriating is that, despite the sexist “drawbacks” commonly cited when hiring women to justify lower pay (maternity leave and resulting part-time schedules that are perceived to undermine the quality of their work), JAMA Internal Medicine recently published research demonstrating that women actually make better doctors, and that fewer people die when under their care.

As reported by The Atlantic, “Researchers from Harvard University reviewed the records of 1,583,028 hospital visits among Medicare patients. Within 30 days of arriving at the hospital, rates of death and re-admission were significantly lower when the patient’s doctor was female.” This was true with patients with illnesses of varying severity, and even taking into account those patients who were randomly assigned to a doctor.

The study owed much of this discrepancy to the fact that female physicians provide higher-quality medical care and “have a more patient-centered communication style, are more encouraging and reassuring, and have longer visits than male physicians.” They are also more likely to provide patients preventive care as well as psychosocial counseling. Because of this, patients treated by a female doctor had a 4 percent lower risk of dying and 5 percent lower risk of being admitted to the hospital again in the following month.

This is one of many examples in which the menial and emotional labor that women generally provide for free in their day-to-day lives suddenly becomes “men’s work” the second you start offering a lot of money to do it. After all, how many mothers in heterosexual relationships are expected (even in an unspoken way) to care for their sick husbands/boyfriends and children, even if they themselves are sick? But send that woman to school and place the skills women acquire caring for the sick in a hospital setting, and they’re suddenly a liability that warrants getting paid less.

Cooking is “women’s work,” but take that task and put it into a restaurant setting, and suddenly all the top, highest-paid chefs are men. Hair styling is something that is considered the purview of women, but the second you can make serious money, suddenly dudes like Vidal Sassoon and Paul Mitchell are making bank and have brands. Women are considered functional, but few take into account the fact that women get a lot of practice doing these jobs. Why is there no pipeline from domestic life to a professional career?

This is not, however, to say that everyone should drop their male doctor and look for a woman. With only a third of the physician workforce being female, that would be hugely impractical. However, this research should encourage hospitals to pay their female physicians as much as their male doctors. It should also encourage male doctors to look at what their female counterparts are doing differently and seeing if there’s anything they can learn about how to do their jobs better.

Stereotypically “feminine” traits like nurturing and good communication are all-important when one is a doctor. Embracing one’s “feminine side” is something every doctor should be doing in order to provide better quality care for their patients.