Woman Loses A Breast Implant While Doing Pilates, We Cringe 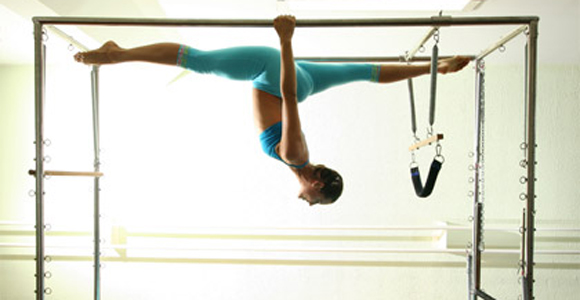 Hold on to your breasts. We know the human body works in mysterious ways but the most recent example? A 59-year old woman recently had one of her breast implants shift during a pilates session and wind up somewhere other than her chest.

This is such a bizarre case that it was published by Johns Hopkins’ University emergency medicine doctors in the New England Journal of Medicine. According to ABC, “The woman, who had not been identified, had a history of breast cancer and had undergone a bilateral mastectomy and breast reconstruction. But while forcefully exhaling while keeping her mouth closed and nose pinched shut — called the Valsalva maneuver — the woman lost her implant somewhere in her body.”

“I remember her saying, ‘My body swallowed my boob,'” Dr. Tiffany Fong, resident physician in the Department of Emergency Medicine at Johns Hopkins Hospital. After a ultrasound, they found the implant lodged between the lower part of the woman’s right lung and ribcage. And amazingly, it didn’t hurt her even though it was pressing against it.

“The woman described had also undergone a procedure to repair one of her heart valves, which required surgeons to re-enter from the same incision used for her reconstruction operation. The heart valve procedure required surgeons to create a tiny incision between her ribs. According to [Dr. Gedge] Rosson, the incision from the heart procedure, not the breast reconstruction, caused the implant to move out of place.”

“It made a tiny enough opening to make the breast implant fall through,” said Rosson. “If you just have breast reconstruction alone, this is highly unlikely.”

The woman waited an appropriate amount of time after her surgery to get back into pilates but Fong said, “Whenever you have a surgical procedure like this, it creates an opening that’s a source of weakness in the chest wall and even after healing, it isn’t going to be as strong as your native tissue.”

Luckily doctors were able reposition the implant and seal the incision area with mesh so it wouldn’t happen again. Fong recalled only three other instances where breast implants had been “lost.”