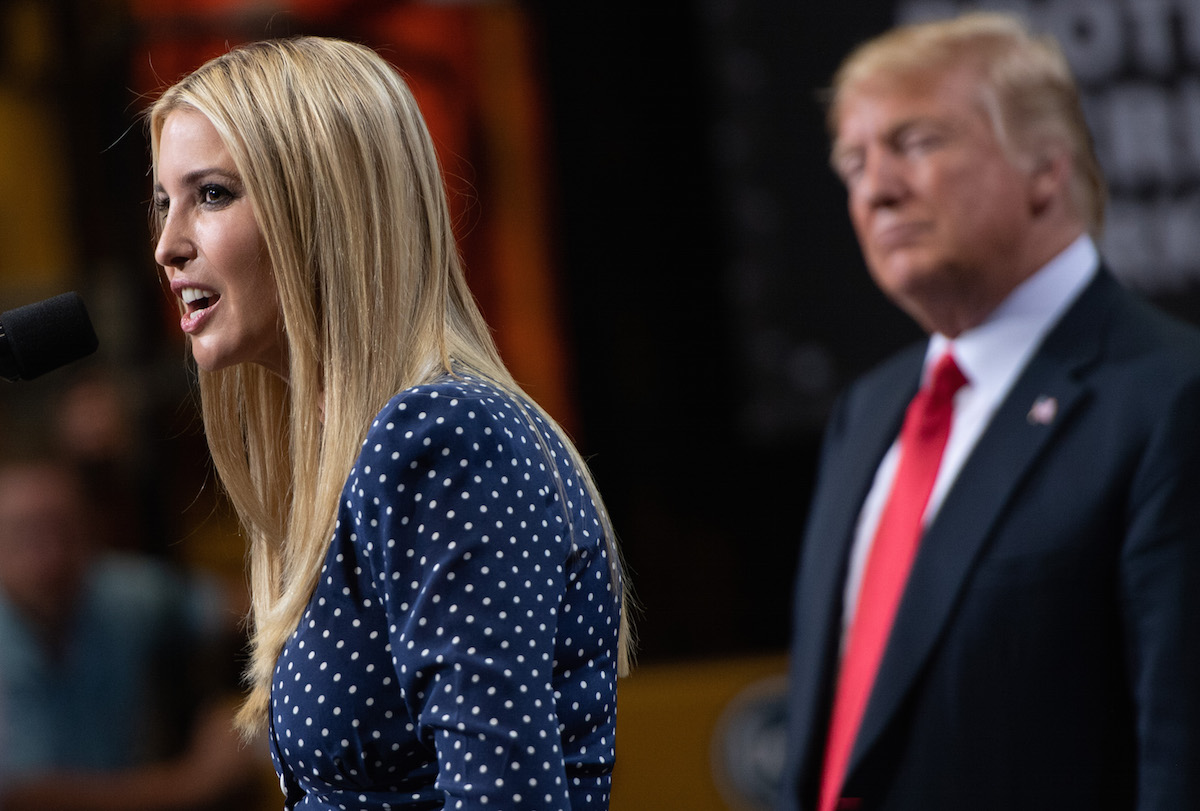 The night before the midterm elections, Donald Trump was at a rally in Ohio. Ostensibly, he was there to give a boost to Republican candidates, but because he’s Donald Trump, he also made time to be really gross about his daughter, Ivanka, and women in general.

“I don’t know, people will say this is nepotism,” he said, talking about Ivanka. “The truth is, she’s a very, very … you’re not allowed to use the word ‘beautiful’ anymore when you’re talking about women. You’re not allowed, no, no. It’s politically incorrect.” The statement was met with laughs and boos from the crowd.

“Every man, raise your hand. You will never, ever say your wife, your girlfriend, anybody is beautiful, ever again, right?” he continued. By this point, the crowd was out of control with their boos, apparently showing their genuine objection to the loss of a right no one is trying to take from them.

“I’m not allowed to say it, because it’s my daughter Ivanka,” he said, “but she’s really smart.”

I don’t know how Ivanka Trump feels about being presented as the symbol of such a deliberate misrepresentation of the #MeToo movement and a mockery of the idea of showing women even a small amount of respect. Probably fine, actually, considering how she regularly capitalizes on her complicity in her father’s anti-woman practices.

To Donald Trump and all those men so afraid we’re going to rob them of their ability to call their wives beautiful, just like they think we’re going to rob them of their guns: Literally no one is doing that. No one is saying you can’t call your daughter beautiful. (We do think it’s really creepy when Donald Trump talks about wanting to date his daughter, or how he was sexualizing his other daughter even as an infant. That’s gross, and we’d like to never have to hear that sort of comment again.)

There’s a giant difference between calling your daughter or your wife or girlfriend or any number of other women “beautiful” and, say, “grabbing them by the pussy” without consent, simply because you think you can. (Side note, because apparently some people are still debating this point: “and they let you do it” is not adequate justification, because freezing up, not screaming, or not calling the police ≠ consent.)

Calling your daughter beautiful is also very different than calling a stranger, a coworker, or anyone else beautiful in a sexually suggestive or otherwise unwanted manner. (And yes, men, we know you know the difference.) It’s also very different than viewing your sexual attraction to a woman as an important factor in anything other than a sexual relationship—like in considering them for business opportunities.

So yes, Donald Trump, obviously you can call your daughter beautiful. It’s nice that you also call her smart, though it would be great if the weren’t the punchline to your joke about not being able to comment on her appearance.