And Reese Witherspoon is awesome, no surprise. 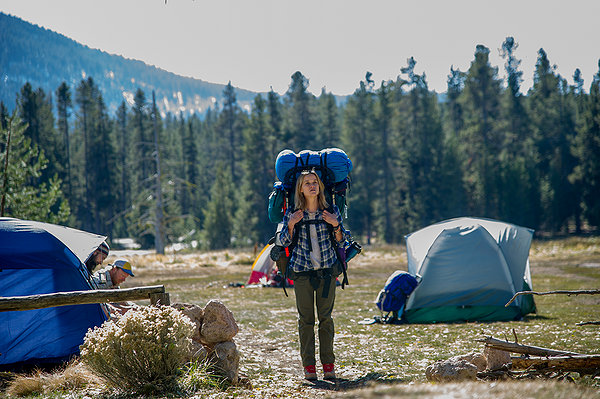 If you were like me, hearing that the director of Dallas Buyers Club was directing Wild, you were probably pretty nervous. Not that Jean-Marc Vallee is a terrible director, but Dallas Buyers Club certainly struggled to show specific, developed, deep female characters. Fortunately Wild, based on the memoir by Cheryl Strayed, starring Reese Witherspoon as Strayed features a very well developed, complex, damaged, and heroic women at the heart.

Wild’s story focuses on Strayed’s hike across the Pacific Crest Trail, which (like the book) intertwines the hike with stories of her youth, descent into drugs, and cheating on her husband. The heart of the film focuses on her grief over the loss of her mother when she was twenty-two. I don’t know exactly what convinces Strayed that walking the Pacific Crest alone would provide her with the coping skills to overcome these emotions, but that is the decision she makes. Even her husband seems curious as to what she is trying to accomplish. But her reasons are hers and hers alone, and the fact that she never bothers to address the rationale in narration or in conversations with others is a choice I respect. Internally and externally, the film is ultimately a movie about the lonely. She is lonely due to guilt, grief, and her inability to cope; Cheryl is a lonely person, one of the loneliest I’ve seen on film in a long time, and she can only take this kind of journey alone. 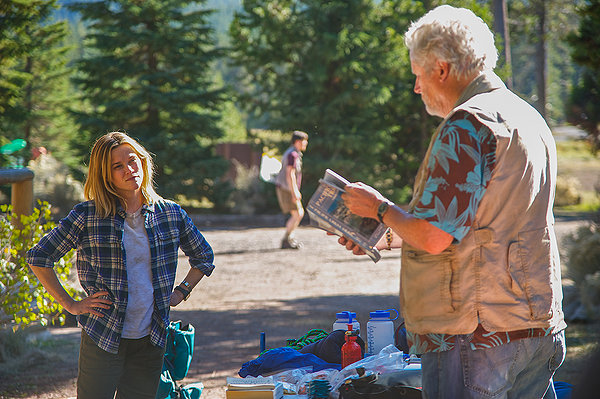 Reese Witherspoon is getting high praise for her performance, and it is deserved. She is keenly aware of how to encompass the character and make this real-life person her own. The divide between actor and character is seamless ,and she is oddly candid in scenes when completely alone on screen. Witherspoon avoids making Strayed too much a victim or hero, just a survivor. As for the “wild” of the title, Vallee shows a new strength to his directorial eye, enhanced by Yves Belanger’s landscape cinematography. The naturalistic elements of the setting, focusing on the pacific crest’s landscape and how it varies, are used to reflect Strayed’s mindset during the journey – but it does so without hitting the audience over the head. It is especially wonderful when she is in the snowy mountains. But this isn’t a thrilling adventure story in the style of Jack London; not much happens on Strayed’s journey except healing – but anything else would have felt fake.

I don’t want to assume anything, but considering the scripts he’s written, I think Nick Hornby might be even better at writing women than he is at writing men. The novelist behind About a Boy and High Fidelity adapted the book An Education and now Wild, both of which deeply understood the complexity of these women in completely unexpected ways. And kudos to Hornby and Strayed for retaining the feminist ideals, and not shying away from commenting on the fact that, yes, it is scary to be a woman all alone in the world, whether on city streets in her day-to-day life, or all alone in the wilderness.

While I liked all of the narration incorporated, I do feel it needed to be pared down. The movie has narration, flashbacks, and people Strayed meets along the way; but in doing all this throughout the film, the movie is a bit overwhelmed by reflection, instead of allowing the moment of being in the wild to happen in the moment. And because of all these elements, the film is never consumed by the loneliness of the character; we don’t experience the relief of finally being around people when Strayed makes her way to various rest stops. It’s too bad, because these moments could have provided their own reason for exposition delivered in a slightly more natural way; when the reflectiveness of the mountain, and finally having people to share, provides an opportunity for an authentic desire to share personal information with strangers. 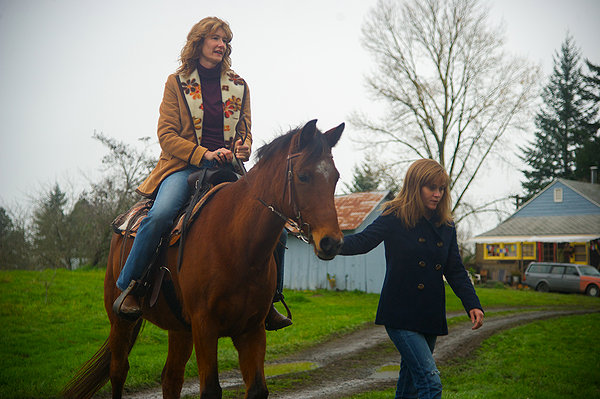 Part of me wishes the film had chosen to limit the flashbacks specifically to the memories of Strayed’s mother, played by Laura Dern, whose death seems to the defining moment in Strayed’s life. Had the focus of the flashbacks been on her, the idea that those memories are what she is trying to come to terms with would have come through and created a stronger connection between mother and daughter on screen. As far as a connection on screen, Dern and Witherspoon are surprisingly well suited to each other, and Dern is perfectly convincing as a mother who went from the victim of an abusive marriage to a strong independent woman who doesn’t simply want more for her children, but more for herself. Again, while these aspects come through, primarily because of the strength and chemistry between the two actresses, it would have anchored the film’s emotional core to limit the flashbacks. The scenes of Strayed losing control after her mother’s death really don’t add as much as the filmmaker may believe, besides Jean-Marc Vallee’s tendency to idealize misery.

Even with these structural problems, the film is still a visual and emotional experience worth seeing, and worth seeing on the big screen. When the film embraces Cheryl Strayed’s journey and growth as an individual, the movie is truly a rare cinematic experience. And by the time you feel you truly know, even if you never understand Strayed, she is a person whose company you’ll be glad you had.