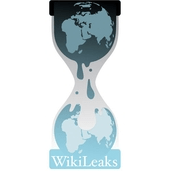 Beat that, Mark Zuckerberg: A Norwegian member of Parliament has nominated WikiLeaks for the 2011 Nobel Peace Prize, citing the organization’s important contributions to “freedom of speech and transparency.”

One day after the deadline for new nominations had expired, parliamentarian Snorre Valen announced that he had nominated WikiLeaks; MPs are not technically supposed to reveal their proposals, but there are no formal rules against their doing so.

The member of parliament for the Socialist Left Party, part of Norway’s ruling red-green coalition, also noted WikiLeaks publication of documents relating to corruption by authorities, governments and corporations as well as “illegal surveillance, war crimes and torture committed by a number of states”.

Last year, the editors of Wired‘s Italian edition proposed that the Internet receive a Nobel Peace Prize; however, whereas that nomination was suggestive and unofficial, as a member of a national assembly or state government, Snorre’s WikiLeaks nomination is a valid one, per the Nobel Foundation’s statutes, and will be considered by the Nobel Committee. According to the Nobel website, “The Committee seeks to achieve unanimity in its selection of the Peace Prize Laureate, [and] on the rare occasions when this proves impossible, the selection is decided by a simple majority vote,” so this likely controversial (and non-corporeal) pick may not have legs, though it remains quite a statement.