What Is This Feeling? Billy Elliot Director May Bring Wicked to the Big Screen in 2016 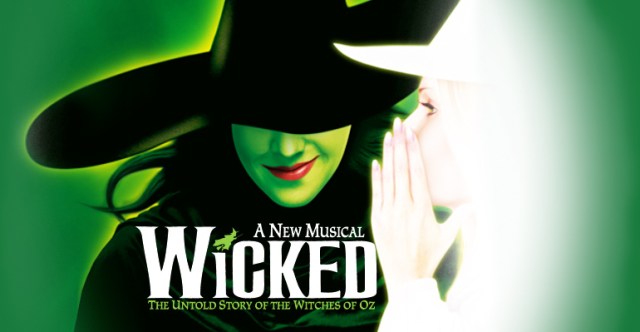 A film about Oz’s most detested resident has been discussed since Gregory Maguire first published Wicked: The Life and Times of the Wicked Witch of the West over a decade ago, but now it seems we may really and truly get an Elphaba movie.

Into the Woods producer Marc Platt, originally tasked with bringing Maguire’s book to the big screen in the early 2000s before Universal opted to create a stage adaptation instead, told FilmDivider in a recent interview that the movie is now being eyed for a 2016 release, with Academy Award-nominated director Stephen Daldry (The Hours, Billy Elliot) directing:

It’s not set in stone. The process of developing that movie has begun, we’re working on it, and whether it makes 2016 or not, I’m not so sure.

2016 is the goal, but I don’t know whether we’ll make that goal or not. We will make the movie, but like I said, the bar is really high. We’re going to scrutinise our work on the screenplay and our prep on the movie, and when we feel like it’s ready, okay. We’re not going to shoot a release date is what I’m saying. It’s in the works, it’s not in a rush. It took 27 years to make Into the Woods into a film from its original stage production, and 30 years with Les Mis. Some things take time for a reason.

Winnie Holzman, who wrote the book for The Wicked musical, is attached to adapt the screenplay.

Although I still feel like a film adaptation of Maguire’s book has potential, Wicked the musical is a celebration of female friendship, inner beauty, and smart ladies, and it’s important that young girls will get a chance to appreciate those messages even if they can’t afford the often-exorbitant price of seeing a live production.

What do you think, gang? Would you see a Wicked movie? Should Idina Menzel return in the lead role? Is James McAvoy available for Doctor Dillamond? (I don’t know if he can sing, but dude sure knows how to rock some hooves.)