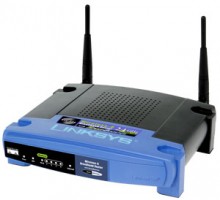 IEEE recently published the 802.22 standard for Wireless Regional Area Networks (WRAN), which uses “white space” frequencies left between television channels. Aimed to bring Internet connectivity to sparsely populated areas that did not previously have coverage, WRAN is said to be able to provide 22 Mbps without interfering with television broadcast stations.

This new standard for Wireless Regional Area Networks (WRANs) takes advantage of the favorable transmission characteristics of the VHF and UHF TV bands to provide broadband wireless access over a large area up to 100 km from the transmitter. Each WRAN will deliver up to 22 Mbps per channel without interfering with reception of existing TV broadcast stations, using the so-called white spaces between the occupied TV channels. This technology is especially useful for serving less densely populated areas, such as rural areas, and developing countries where most vacant TV channels can be found.

With the wireless reach of the new standard, maybe now we’ll be able to keep the router on the opposite side of the house and still get a signal over 40% strength.