Why Are There Only Two Original Songs Nominated For Oscars? | The Mary Sue

Why Are There Only Two Original Songs Nominated For Oscars? 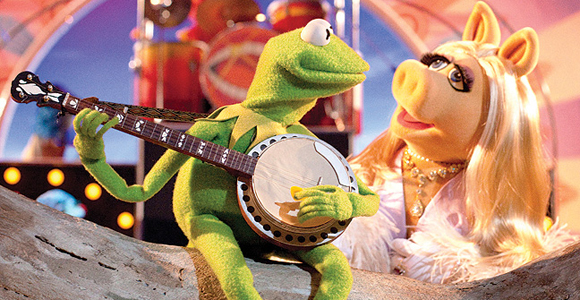 If you looked through our list of Academy Award nominees for 2012, you may have noticed something odd. The category for Best Original Song only had two nominees – Man or Muppets from The Muppets and Real in Rio from Rio. Now, while here at The Mary Sue were very excited at the prospect of Kermit getting an Oscar, I know when I saw the short list I thought to myself, “There had to have been more original songs this year.” So what gives? Well, turns out you can put the blame squarely on the Academy of Motion Pictures Arts and Sciences’ stupid rules.

A little history first. Originally, the requirement was only that the original song have appeared in a film the previous year but after Jerome Kern won an Oscar in 1941 for the song The Last Time I Saw Paris, it was he who actually complained and had the rule changed. See, he had produced and charted the song a year earlier after the Germans occupied Paris at the beginning of the war and did not create it specifically for the film Lady Be Good. So the rules where altered to “original and written specifically for the film” and everyone went on their way. If a previously produced (and most likely hit) song was used in a movie, it wasn’t eligible, and neither was a song that used sampled or reworked material. Also ineligible where songs from stage musicals transferred to the big screen.

The system the Academy uses to select nominees for Best Original Song was more recently altered back in 2009 when the Academy of Motion Pictures Arts and Sciences raised the number of best picture nominees to 10. According to The Hollywood Reporter, the new rules meant, “song nominees are determined by voting members of the music branch who watch sections of films where songs are played — and nothing else. Since instituted, it has resulted in performance clips and animated songs being nominated but no end credit or background songs.” How that makes any kind of sense, I have no idea.

“The music branch voters chose to honor Bret McKenzie of Flight of the Conchords for his Jason Segel-sung “Man or Muppet” and the songwriting trio of Sergio Mendes, Carlinhos Brown and Siedah Garrett,” wrote The Hollywood Reporter who also pointed out the Academy shut out “Elton John‘s work on Gnomeo & Juliet, Pink‘s song in Happy Feet 2 and Zooey Deschanel‘s track from Winnie the Pooh. Masterpiece, Madonna’s song from W.E. that won a Golden Globe earlier this month, had already been ruled ineligible.”

Now, Kermit won’t actually win an Oscar if The Muppet song is chosen, performers of a song are not given an Oscar unless they contributed either to music, lyrics or both, but we hope they let him accept it on their behalf anyway. Last year, Randy Newman won for his Toy Story 3 song We Belong Together, but if nothing else, this year will certainly be exciting with a 50/50 shot for an Oscar on the line.