Is There Any Chance at All of a 2016 Election Do-Over? 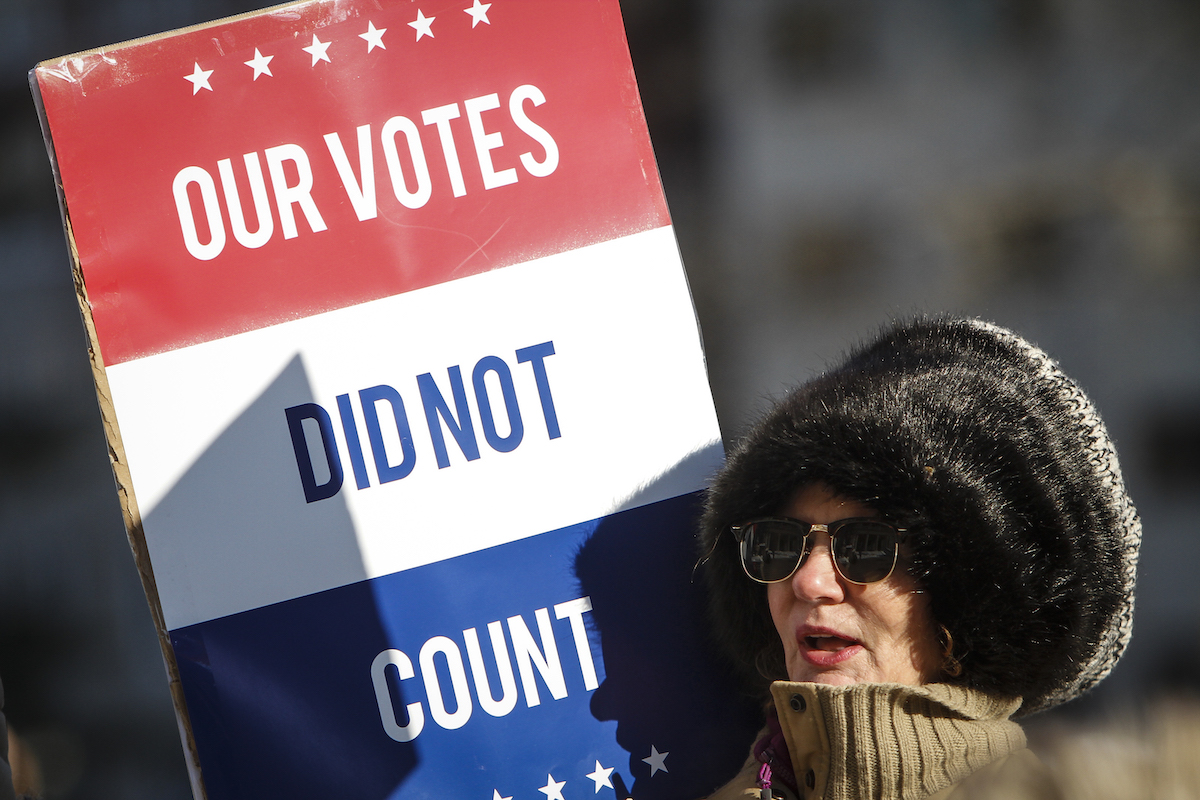 There is a lot to take in from the full Mueller report, released in a redacted form today. It’s overwhelming, really, and we’ll likely be spending the next few days reading it in full and poring over the many, many screenshots being shared. But of all the important information included in the report, the whole document starts off with a big, bold statement, as Mueller states: “The Russian government interfered in the 2016 presidential election in sweeping and systematic fashion.”

Now, this is not a new piece of information, and the questions that we’re focused on pertain more to who knew about the interference and whether Trump or anyone in his orbit was involved. And much of the discussion around Mueller’s findings is in regard to whether Trump’s offenses are impeachable and/or indictable. (Spoiler: They are. Or at least should be.)

I don’t know how you can read this report and not conclude that an impeachment inquiry is warranted.

But I’m sure there are a lot of people wondering (as maybe you’ve been wondering for the last two years)–impeachment aside, and Trump’s involvement aside, if Russian operatives are known to have not just tried but succeeded in tampering with our presidential election, why are the results of that election still being honored as valid?

Just after the election, when talk of Russian interference was just starting to surface, many legal experts were scoffing at the idea of an election re-do, though as one said at the time, there’s no precedent for that kind of discussion, but if there were actual evidence of foreign election tampering, then perhaps a redo “could be a conceivable basis for a remedy.”

Well, we do now evidence of that sort of tampering. It is stated very clearly in Mueller’s report. And yet, a redo of the presidential election remains extremely unlikely. But why? For one thing, there are no guidelines for a reelection due to fraud laid out in the constitution. (Weird that the founding fathers didn’t foresee the need to create a contingency plan in case of foreign cyberattacks but okay.)

Election do-overs aren’t unheard of. The 2018 midterms were plagued by widespread reports of election fraud. In most of those cases, the should-have-been-winners were forced to let the matter go. But in North Carolina, the State Board of Elections voted to throw out the results of a congressional election after the “winner,” Mark Harris, agreed to a new election after fraud was perpetrated on his behalf. (North Carolina also had to redo a previous election because of illegal racial gerrymandering. Sorry North Carolina, but you need to get your shit together, election-wise.)

But a presidential election is an entirely different case, in large part because of that damn electoral college. A helpful article from FiveThirtyEight explains, “The framers gave the Electoral College broad discretion to resolve disputes as it saw fit: The text of the Constitution pretty much says an election is legitimate when the Electoral College says it is. It doesn’t lay out a process for do-overs.”

Even with the election tampering, Hillary Clinton won the popular vote by a wide margin. The electoral college still granted the election to Trump, and it’s not likely that that decision will be undone. Which leaves impeachment–and a Mike Pence presidency–as the most realistic option for action. (That’s not to say impeachment will happen, just that it’s more likely than declaring the election results null and void.)

For anyone holding out hope that Democracy would prevail and the rightful winner of the 2018 election would get to move her things into the White House, we’ll have to just trust there’s some other timeline out there that looks that bright. In our timeline, with low voter turnout and our constantly deteriorating faith in the voting process, this debacle sure doesn’t help.