Prepare to be angry 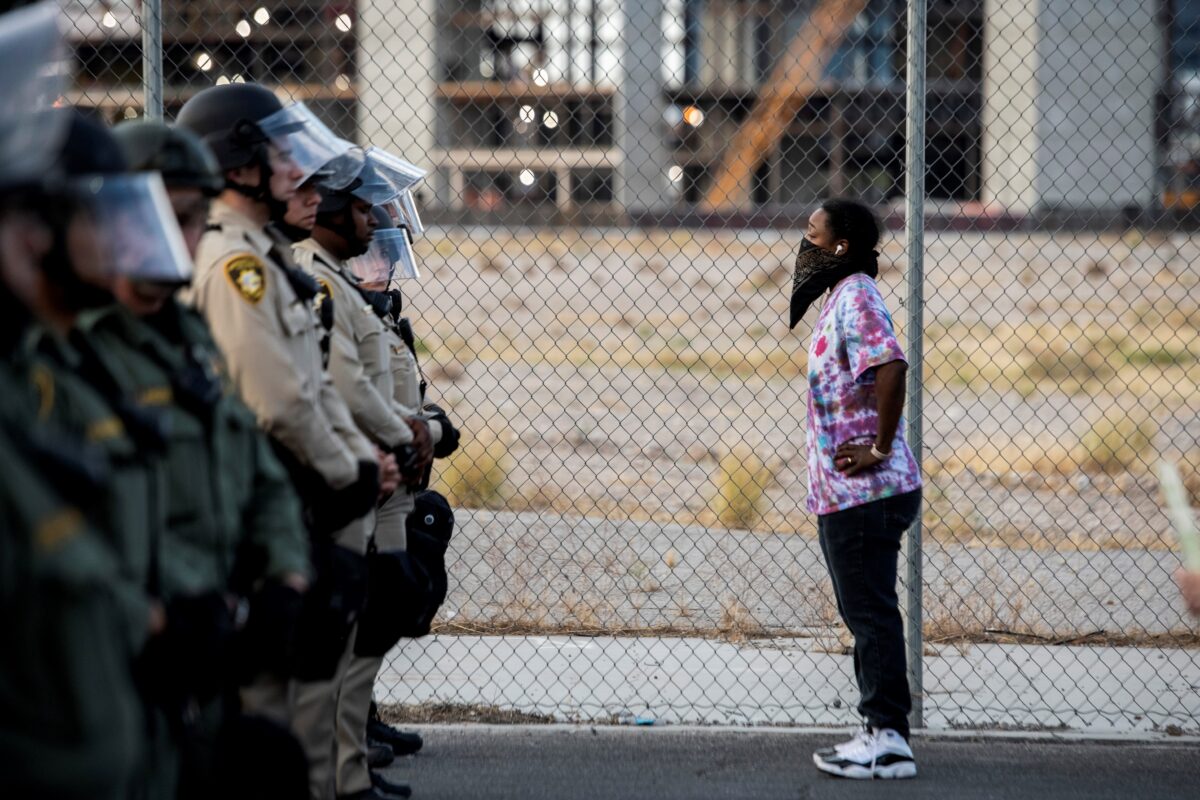 At the center of many of the protests by Black Americans is not just the killing of unarmed Black people by police, but the failure of prosecutors and other law enforcement to charge the officers that commit these acts. While it’s apparently very easy for cops to arrest protesters, it’s incredibly hard to get law enforcement to arrest and prosecute their own. We know the political and systemic reasons cops and DAs don’t want to turn on other cops, but what are the legal reasons behind this huge problem?

There are many barriers to prosecuting cops, as well as suing them in civil court. We’ll go through in as chronological an order as possible.

There is a difference between being arrested and being charged with a crime. People are often arrested and prosecutors will decline to charge them. A charge filed by a prosecutor is called an indictment, but it’s often more complicated than that. For one, there’s a thing called prosecutorial discretion whereby a prosecutor can decide whether or not to bring charges. This can be both good and bad. We don’t necessarily want every person arrested charged with a crime. Think about it: with many protesters that are arrested for disturbing the peace, they get bailed out and sent home, and that’s good.

But in other cases, prosecutorial discretion can be very bad, especially when it comes to police. If you have a racist DA or even just one assistant DA that’s committed to protecting law enforcement at all costs, cops won’t face charges. It depends on the individual DAs and that can lead, as it has so many times in recent years, to delay in charging officers who kill people or no charges at all.

But even when a prosecutor does decide to bring charges, there is often another hurdle: the grand jury. The fifth amendment of the US Constitution requires that in federal cases, felony indictments must be brought to a grand jury, which us a specially convened jury of normal folks that decide whether or not to prosecute. This generally the case in state courts as well.

Grand juries are generally not the friend of defendants because the only side they hear is a prosecutor’s, and they are often shut out entirely from the process. Defense attorneys don’t like grand juries for this very reason, because they almost always decide in favor of prosecution … except for cops. It was a big deal for the grand jury to return an indictment for Darren Wilson for the killing of Michael Brown in Ferguson. And it’s still the case that the only cases where grand juries tend not to indict is when the defendant is a police officer.

In the case of Derek Chauvin, it took way too long for charges to be filed, and charges have still not be filed against the officers that stood by as George Floyd died. Minnesota attorney general Keith Ellison, who has taken over the case personally, is considering charges against them, but there is no guarantee of those charges, or of convictions.

In terms of prosecutors and grand juries, it is incredibly important to go local to get solutions. District attorneys are elected officials, meaning they can be voted out or even recalled with enough organization. Look at your own county and community, see what the statistics are and how those district attorneys stand. Look at the actions of local judge and vote for those that are on the side of defendants, not prosecutors.

Problem: Convicting Cops and Use of Force

Getting a cop charged is hard enough, but it’s even harder to convict them. Conviction rates for police are much lower than for civilians. In some cases, up to 50% lower. In one study, only 33% of cops were convicted. Why?

There are many factors that get into the legal weeds, but we can break down a few. A key element of any conviction for murder on manslaughter is the state of mind of the defendant. It’s called mens rea, and it’s often what distinguishes one degree of manslaughter or murder from another. Let’s look at Minnesota law as an example. Derek Chauvin has been charged with murder in the third degree, which is defined thusly:

Whoever, without intent to effect the death of any person, causes the death of another by perpetrating an act eminently dangerous to others and evincing a depraved mind, without regard for human life, is guilty of murder in the third degree and may be sentenced to imprisonment for not more than 25 years.

The key here is intent, and the lack of intent to cause death is key. In second degree murder in Minnesota, there must be intent to commit murder, or intent to commit another felony. It’s all about proving what was in the mind of the defendant, and with cops there are many defenses available to them to “justify” their state of mind.

Cops are given serious leeway to use force in the line of duty, and juries in these cases will hear testimony about if a cop felt they were in danger, and juries will decide whether they reasonably feared for their lives in that moment. A supreme court case, Graham v. Connor, states that juries and courts can’t look at the objective reality of the situation, only what the cop thought at the time. That’s a huge legal hurdle to overcome.

Cops argue that they need to be able to make split-second decisions about the use of force to protect themselves, and courts and court precedent support that. That’s why it’s so incredibly hard to convict a cop of murder—because a jury will often find them to have been acting reasonably in their own mind.

Many reforms which have been beneficial to defendants, and thus the marginalized communities they often come from, are once again a double-edged sword here. For instance, the requirement of unanimous juries. It’s incredibly important for juries to be unanimous and now it’s required, but in the case of a cop, that means that if even one juror thinks they were justified, they won’t be convicted.

Does this mean we apply the law differently to police? We sort of already do—in their favor—and it will take major reform and changes in legal precedent and laws to shift the balance. We need to educate legislators and the public who will serve on these juries, but that’s incredibly hard given that we are going against centuries of pro-cop legal precedent and sentiment. The progress will be slow but greater awareness will help.

Say that an officer is not convicted of a crime beyond a reasonable doubt. Well, then victims or families of victims can sue them civilly. The standard of evidence in civil court is more likely than not, right? It’s gotta be easier. Well … no.

There are many actions that can be brought against law enforcement in civil court, but perhaps the most well-known is what we lawyers call a 1983 suit. And it’s not just against the police, it’s against the government or a branch of it. Under 42 U.S.C. § 1983, plaintiffs can bring a suit for deprivation of civil rights. This law is the major vehicle for most suits which seek redress for violations of civil rights by the state, including violations of the 14th amendment, which prohibits discrimination by the state. It’s a big deal and it’s very useful.

But there are limits and one of those is qualified immunity. The doctrine of qualified immunity is complex and vexing, but in short, it means that even if it’s found that a law enforcement officer violated someone’s civil rights, if that right is not clearly established by existing case law, they cannot be liable for the violation. This doctrine protects “all but the plainly incompetent or those who knowingly violate the law” according to the Supreme Court. It’s infuriating.

This one is tough. Much like with the use fo force, qualified immunity is a doctrine that exists because the courts and legal systems want to give police as much leeway as possible in doing their job, because they see that as the only way police can be effective. Changing this mindset and these laws requires, like everything else, massive systemic change that will be slow and frustrating.

But it is possible. Contact your reps. Run for office. Donate or volunteer for civil rights groups. Talk to people. The narrative needs to change from one of “cops need to be able to take any life to protect us” to one where we question and educate law enforcement and the public, and that actually causes change. We cannot tolerate a system that empowers and protects police at the expense of Black lives.

Angry and want to do something right now? Keep reading, keep learning, keep helping, and if you can, start here for donations to organizations doing the hard work of changing things as they stand now.