Why GoldieBlox Should Be a Video Game

The real problem with GoldbieBlox. 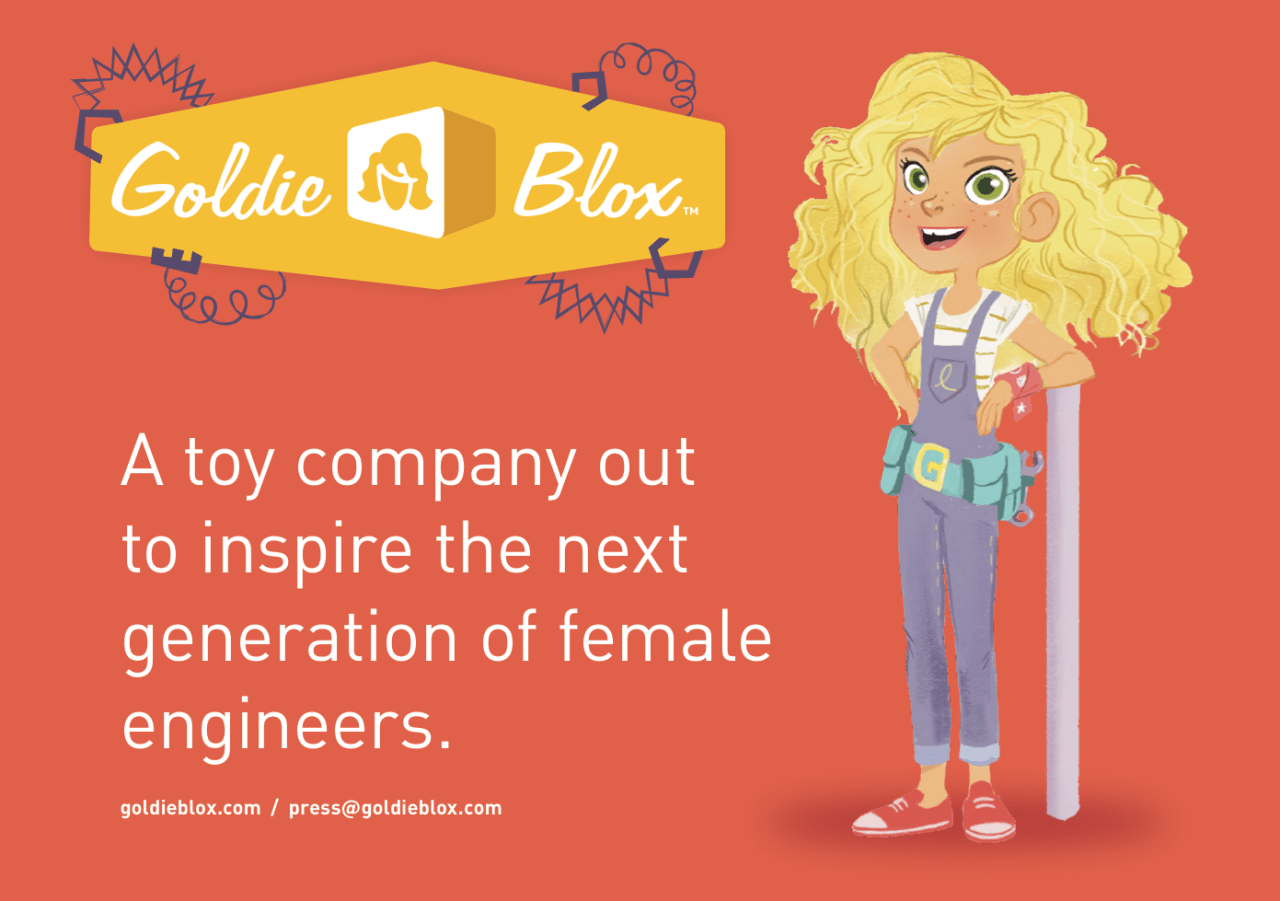 The following was originally posted on The Story Campaign and has been republished here with permission.

“Boys like building and girls like reading.” This is a direct quote from Debbie Sterling, the founder and CEO of the relatively new toy line for girls called GoldieBlox. In her initial Kickstarter video for her girl’s engineering toy, she said that her research into children’s play habits lead her to this conclusion. 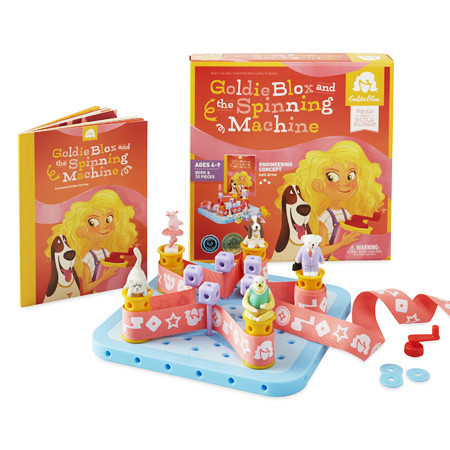 Therefore, each GoldieBlox construction toy set is packaged with a companion storybook that shows the toy’s mascot character, a young inventor named Goldie, designing and building each contraption to solve her and her friends’ problems. Girls are encouraged to follow along in the storybook and replicate the steps that Goldie took to create the finished product. This merging of verbal and spatial knowledge is intended to cater towards young girls’ sensibilities, thus endearing them to the idea of engineering and building more than largely male-oriented toys like LEGOs tend to do. After all, research has shown that three-dimensional spatial knowledge is integral to developing the skills needed to become an engineer, and construction toys have been proven to improve those abilities.

Do you see anything wrong with this picture? Because to me, it’s clear as day. Just because girls tend to like to read doesn’t mean that shoving a narrative onto a construction toy is going to make them like it any better. In fact, this approach ends up being very detrimental to the nature of the toy itself.

You see, toys aren’t supposed to have a goal. They’re not supposed to have stakes or a plotline. That’s what makes them toys instead of games. A toy like Bionicle might have a storyline behind its characters, but that has precisely nothing to do with how a child interacts with the figures. And when a child gets a LEGO spaceship set, there’s nothing but the token instructions to tell them what to do with the pile of cool new pieces they just got. Even if they do make the spaceship, you can bet it won’t stay like that for long. And as far as traditional girl’s toys go, even the accessories for the main line of American Girl dolls (not just the very popular customizable ones) encourage girls to take the characters on new adventures that aren’t dictated by the accompanying storybooks.

Professor Jeffrey Trawick-Smith at the Education Department of Eastern Connecticut State University observed preschoolers of both genders as they played with different toys, testing the “quality of play” (a combination of problem solving, social interaction, and creative expression) with each toy. His results over a period of five years found that, for both boys and girls, the highest score was for a basic set of wooden blocks. Unlike the more complicated toys, the blocks allowed for the most open-ended play and creativity. 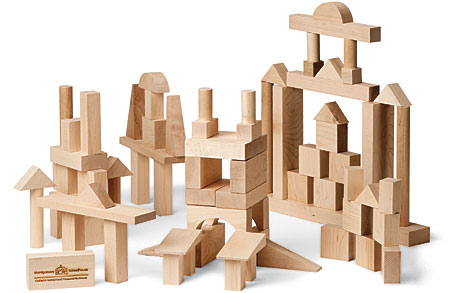 So by putting a narrative that explicitly details each set’s design and purpose onto a construction toy, and not providing many extra pieces with which to create new arrangements, GoldieBlox has shot itself in the foot. One Amazon reviewer said, “After my child figured it out, she thinks she is done with it, and why do it again. I think I will just stick to the gender neutral building toys she spends lots of time with.” Toys are supposed to be about pure, open-minded imagination and creativity, and judging from the reviews, GoldieBlox isn’t offering that.

So the concept of GoldieBlox doesn’t particularly work as a toy. But what if it was redesigned as a game? Video games are perfect for setting up goals and stakes in a way that feels natural. Also, in the GoldieBlox storybooks, it’s Goldie who is creating contraptions and solving problems, leaving the girl playing with the toy to simply replicate her process. That doesn’t give the girl much agency or make her feel like she solved the puzzle on her own. But in a game, she could tackle the problems on her own and feel much more accomplished because she was in control of the situation the entire time.

This video game could be a specially designed experience to teach the young player about engineering and creativity. There would be many different puzzles, ranging in difficulty and complexity, plus a separate sandbox mode that would be available after completing a few puzzles. After all, when the player gets the hang of how the basic mechanics work, they should be allowed to experiment on their own without restrictions if they want to. They could create their own unique contraptions, or even design puzzles for their friends to solve. Games like Scribblenauts and (to an extent) Minecraft already do this, and are quite popular with kids. 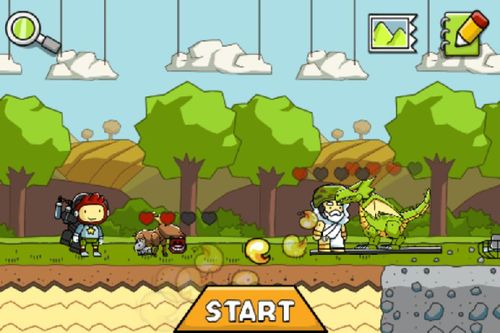 Lastly, we would have to go back to the drawing board and playtest much more rigorously than Sterling did. In her Kickstarter video, she said that she tested her prototype with over 100 girls and their families. This is a great sample size, but the problem is that she only playtested once her prototype was completed, and doesn’t seem to have iterated on her design after the testing. She used a “waterfall” method of production, wherein playtesting only happens after all design is finished.

Instead of this, our video game would use a “player-centric” design model and have multiple playtesting sessions, starting as early as its initial concept with paper prototypes, and the game would change based on player feedback after every stage of the design process. This would allow us to create a product that girls would actually want to use, not just something that we love, but we can only hope they will like with little to no alterations. 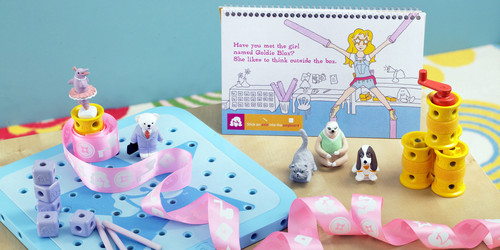 Let it be said that GoldieBlox is not a bad experiment. We need more girls in STEM fields, and today’s toys force gender stereotypes onto children at a very early age. Sterling has gotten plenty of flack for her toy line being too exclusively feminine, but I think the real problem lies in its failure to provide girls with the kind of open-ended environment for creativity that they need to develop the skills to be in jobs like engineering and architecture.

But if the basic concept of GoldieBlox was reinvented as a video game, I believe it would be vastly more successful and finally deliver on the verbal-spatial fusion type of learning that Sterling wanted to create with her construction toys. Games are a wonderful new medium for education, and they’re perfectly suited for what she was trying to achieve, so why not? And maybe we can let up a bit on the princess dresses and sparkles while we’re at it.