Proof that Magical Boys are just as lovable as Magical Girls. 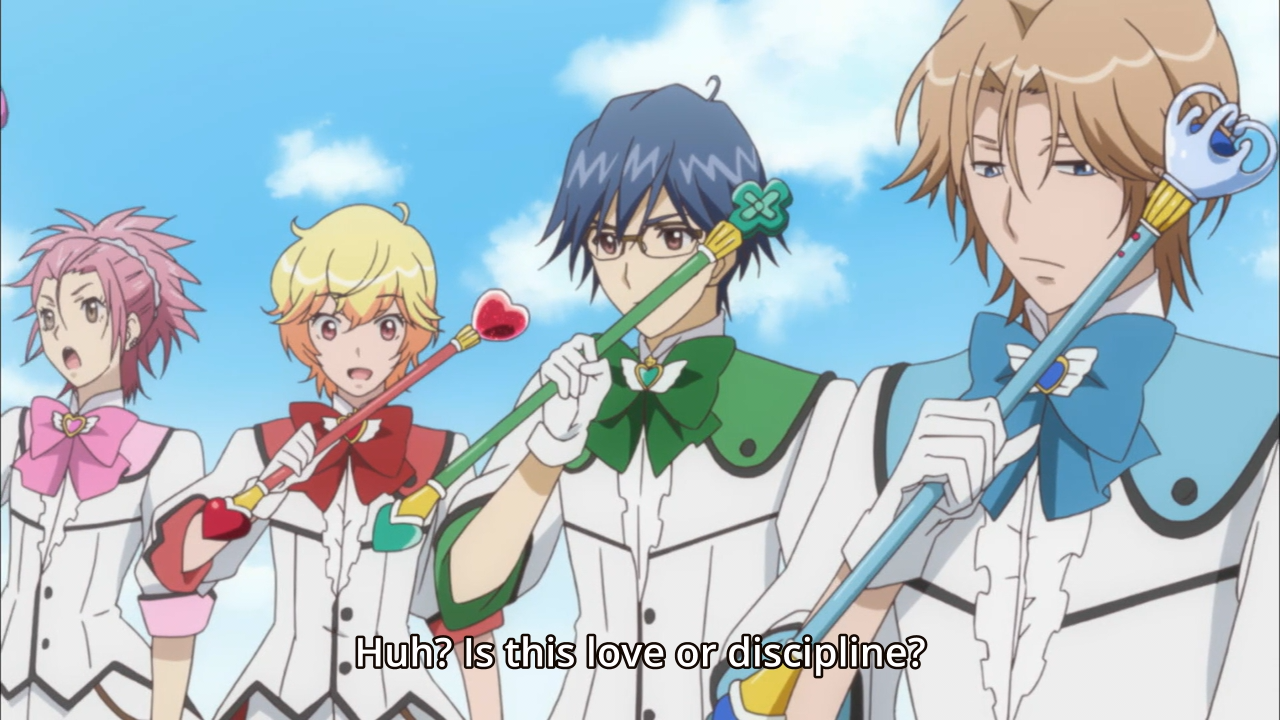 Like many growing up in the 90s, my transformation into an otaku began with Sailor Moon. As a result, the entire mahou shoujo (magical girl) genre is very near and dear to me.

So I was a little wary tuning into Binan Koukou Chikyuu Bouei-bu LOVE! for the first time. Billed as a parody to the mahou shoujo genre, the show features five high-school guys who one day receive the power to transform into Battle Lovers thanks to a mysterious pink wombat. While the synopsis was benign enough, I was concerned that the show would just be a cynical mockery of the shows I love most.

What I didn’t expect was to fall in love with a show that was equal parts love ballad and parody. 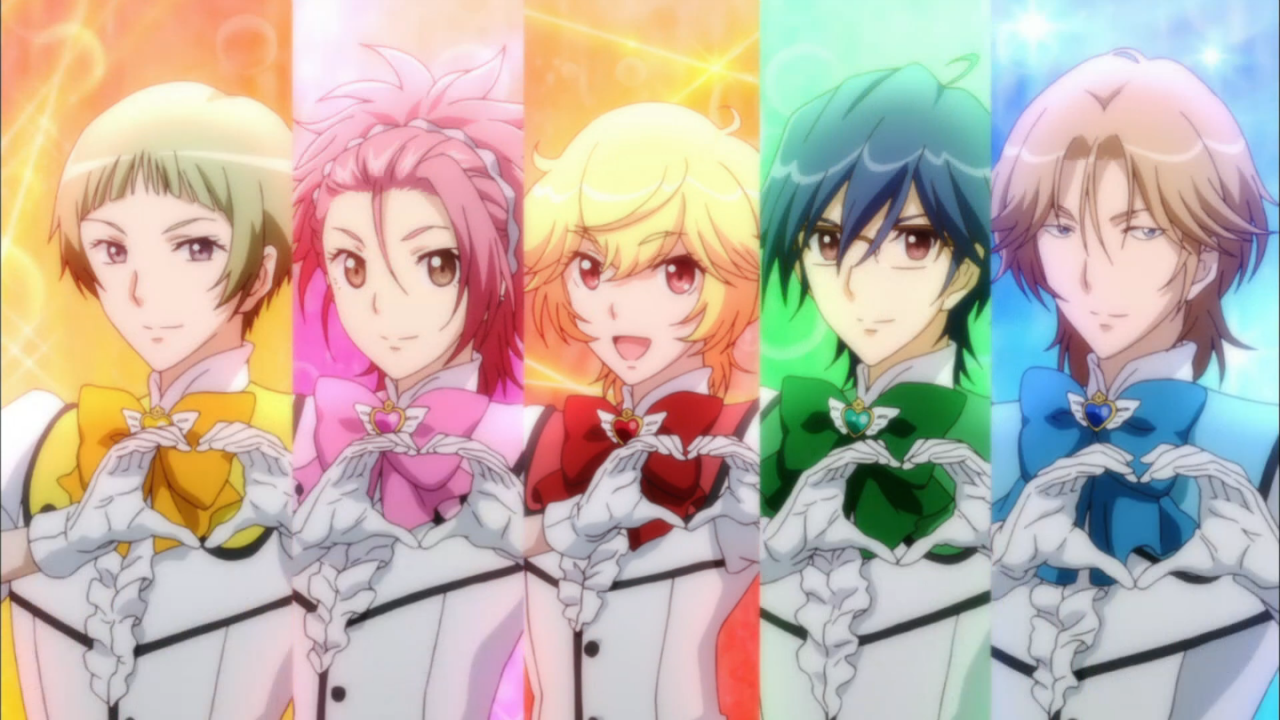 Things do tend to get a little ridiculous in the magical girl world. The crazy posing, random impassioned speeches, talking animals, and over-the-top, strangely named attacks (*cough*Starlight Honeymoon Therapy Kiss*cough*). Binan tackles each of these beautifully, never maliciously mocks, and always left me with a desire to reconnect with my favorite mahou shoujo animes.

Our heros are cynical and reluctant, and our magical power-granting wombat is frustrated by their apathy. This is the crucial formula for any magical girl anime, but what makes Binan so special is that the show takes a very real stance on what most people would think if thrown into a similar situation: “WTF is going on, why did I get picked for this, and can’t I just go home?”

Take, for instance, the classic mahou shoujo speech. Every character has one, somehow ready to recite when facing their first enemy. The boys in Binan have it too, but not by choice. Their mysterious pink wombat had programmed their catchphrases into their transformation tool, the loveracelets, and each Battle Lover is forced to say them when facing a monster. Which, if you think about it, is a bit more plausible than our heros being able to make up impassioned speeches on their own. When the Battle Lovers are left to their own devices, it goes a little something like this… 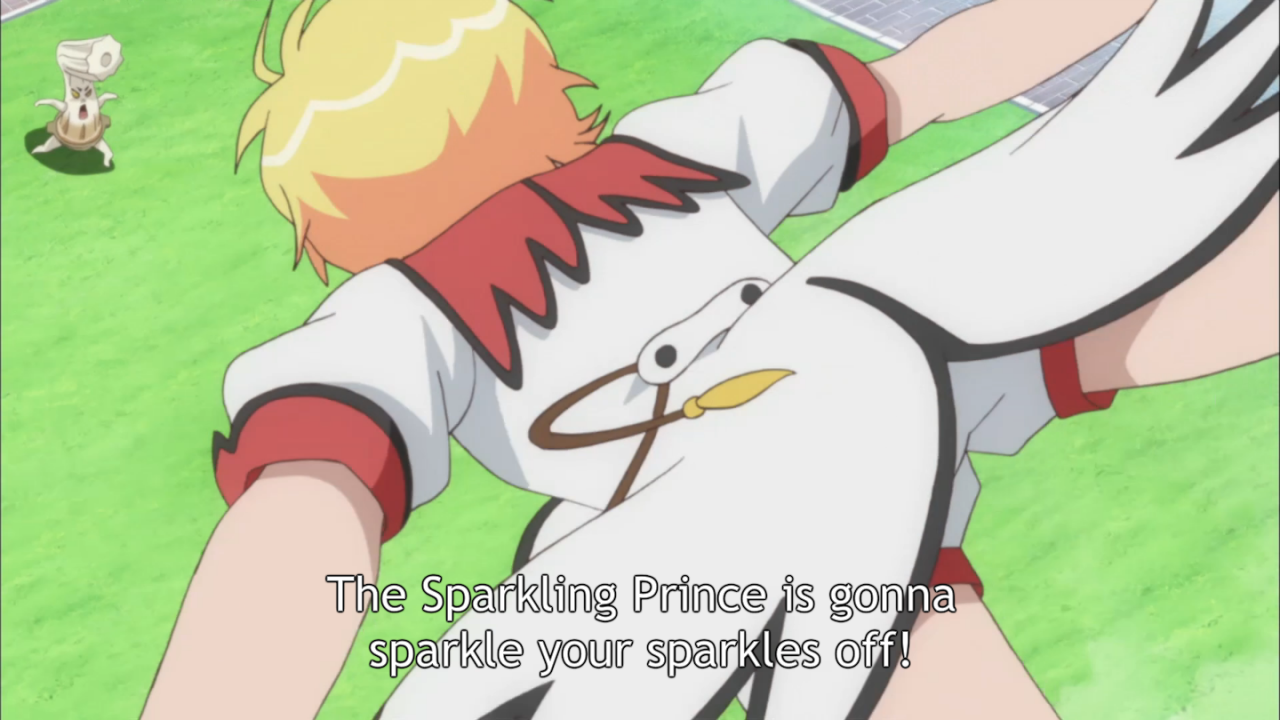 The monsters-of-the-week are perhaps slightly more over-the-top than you’d get in your average mahou shoujo anime, but they’re still entertaining as heck. Take, for example, my favorite monster: Glasses Monster. Originally the baseball club’s manager and “cute kouhai” Megawa Rui, he becomes a monster when he’s replaced as club manager. Glasses Monster reluctantly fights the Battle Lovers, though his true desire is to be protected by them, as a true kouhai should. It’s completely non-sensical but thoroughly enjoyable. 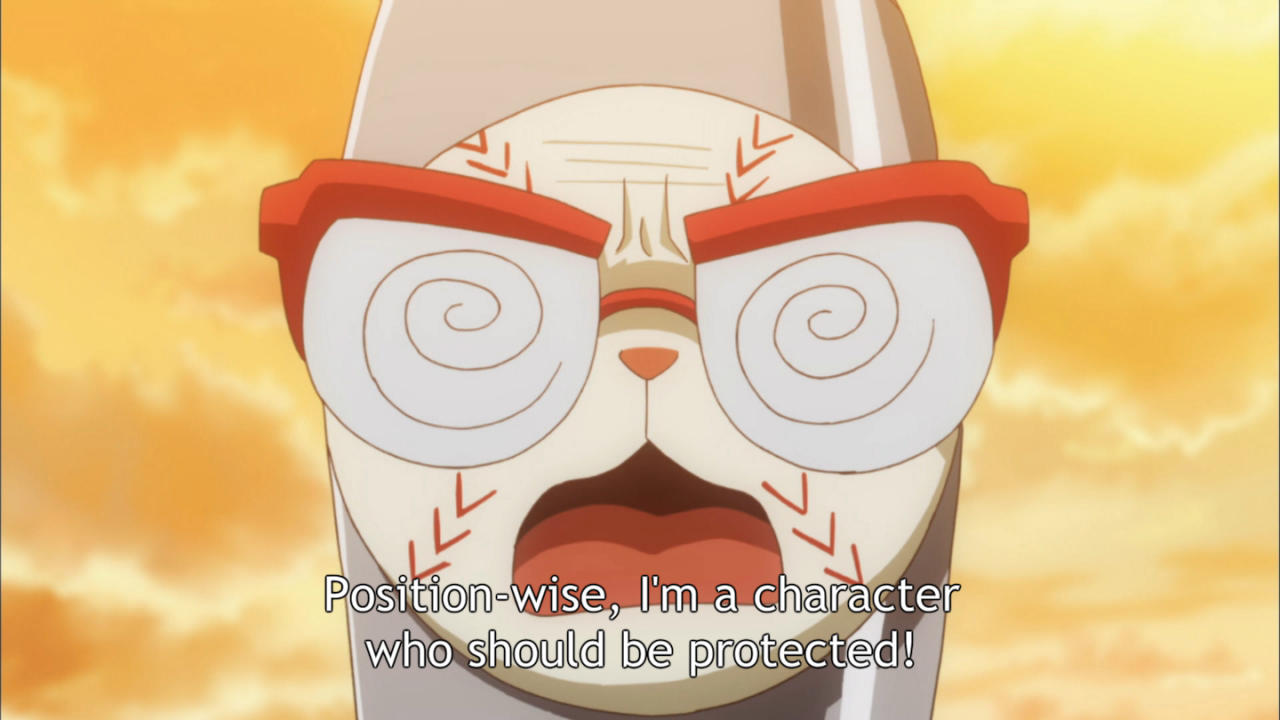 Though perhaps my favorite part of the entire show is each Battle Lover’s henshin sequence. The show spared no expense in making them just as suggestive and revealing as those in mahou shoujo animes. It also makes you giggle, because, you know… boy parts.

While a parody, Binan Koukou Chikyuu Bouei-bu LOVE! contains all the elements we love in mahou shoujo: strong bonds of friendship, whimsy, and cool poses. You enjoy watching the Battle Lovers as much in civilian life as you do watching them fight the monster-of-the-week. The show is cynical and witty, yet heartfelt, and always leaves you wanting more.

Start your own love affair with Binan Kouku Chikyuu Bouei-bu LOVE! with all episodes streaming on Crunchyroll.