And you thought YOU were being weird about that New Year's resolution. 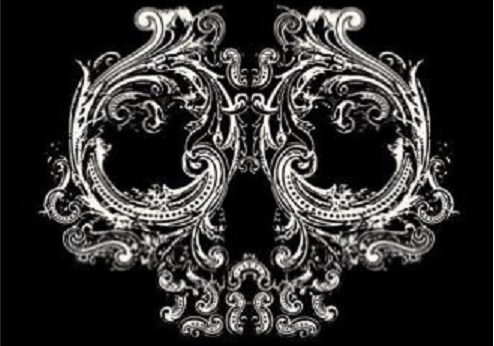 Sensuality. Sexuality. Warped self-perception. Enough neuroses and anxiety that would make a sloth OD on valium. From neglected housewives to depressed boxers to creepy businessmen, these are the threads that bind five distinctly dysfunctional people whose stories are anthologized in this collection of horror fables about the human body, and all of the quirks that come with having to deal with your physical form when pitted against everything from repressed sexuality to a gravely misunderstood sense of self.

While all five stories are cautionary tales, simply conglomerated in the book Body (Navel, Blood, Whorl, Buttocks, and Jaw, all at around 50 pages a pop), each segment dissects a new but non-exclusive statement of how facets of physical appearance and the self-perception that comes from that are derivative of some very poorly understood maladies, all of which become all-consuming of each main character in the background. In other words, each character has a sickly canary screaming in the background, and some pretty scary stuff happens when they neglect the seeping gas in favor of what they desperately want to be the solution for their problems.

Something that I think is important to understand about this book—and one top-heavy way to look at it—is how there’s something bizarrely essentialist, yet not, on how these characters experience their own psychosis. Two stories focus on women, both of whom are obsessed with keeping an image that, in short, helps them to identify with “cool, beautiful” people, while the three men want to change themselves to be in a position of sexual/social power and respect—not exactly subtle. Still, the subcutaneous grit and grime that manifest into those feelings are certainly not gendered or culturally unique in any way, and this type of universality is really what makes these characters resonant and powerful.

They all become bizarrely estranged from their bodies (and subsequently themselves), and they’re all viscerally, horrifyingly lonely. It’s a pretty pertinent reasoning for the anthology structure, and it’s all something that binds together beautifully in the end through some pretty ingenious formatting.
What’s unique about the author is her primary claim to fame in pulpy horror detective novels and short stories, most joining in the tradition of English translation and local publication. This resume is no surprise when reading this particular work. Each segment is snappily paced, opening up with a slowly unravelling mystery, meticulously leading into each revealing bit of characterization, and ending in hard-hitting epiphany that usually serves as some form of dramatic irony for each character. So yeah, it’s suuuuppperr reminiscent of the Twilight Zone.

Prose-wise, a consistent run of quick sentences creates slight, appropriate tension (even when the “big epiphany” happens in the end), leaves little to examine, and always leads into bizarrely quiet charter dialogue, rarely doing much for characterization. But where there may be a slight lack in voice and color between characters, there’s certainly enough hard-hitting thematic stuff that, again, melds wonderfully into the anthological, slightly pulpy nature of the book, giving a quiet but memorable burn that follows well from the Japanese horror tradition.

None of these stories shy away from some pretty blatant foreshadowing, giving clues and slowly unraveling the why to everyone’s eventual fate, but the depths that some characters reach and how quickly it happens in some cases can be somewhat jarring. In addition to this, each individual story minces no words in the overall didactic meat it’s trying to fling, with the narration itself (the entire thing’s in third person) foraying into introspective platitudes (sometimes from the characters, sometimes not) that we’re used to in short, easy to chew anthologies in the tradition of Ray Bradbury/Twilight Zone and the like.

It’s a merciless compendium of self-loathing cautionary tales, and at a grand total of 192 pages in paperback, with each story segmented into six parts, it couldn’t be a quicker read, with just enough intrigue to easily make the story work for anyone looking for a memorable, engaging but quick, semi-tense read along with those who may find certain portrayed stories and characters a tad too close for comfort. You may find it a bit gut-churning on how easily those two can overlap. I know I did.

Rachael’s a student at a Florida university that frolics regularly in Disney parks and has an entirely too extensive collection of stuffed animals. If you wanna follow her other random musings on cartoons (or just stop by to say hi) there’s her blog, https://lotsofframes.wordpress.com.