Who Will Buy Twitter? No One, It Turns Out | The Mary Sue

The “Who Will Buy Twitter” Honeymoon Period Is Over, and Twitter’s Shares Are Plummeting

Twitter is the lonely wallflower of the school dance. 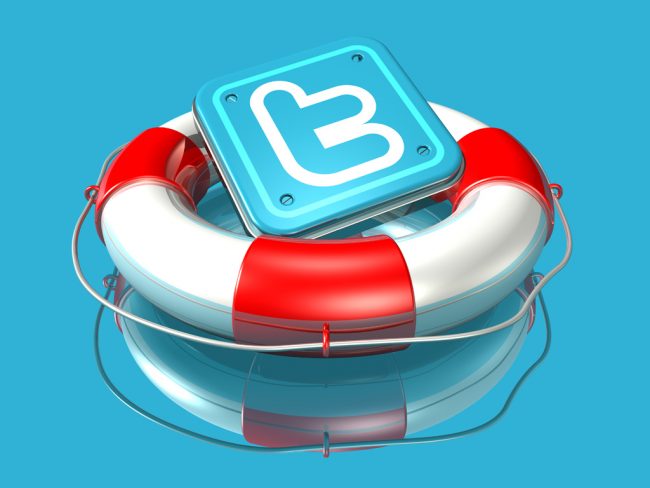 A couple weeks ago, Twitter was the talk of the tech industry town, with multiple companies vying to buy the social media platform. A successful buyout could be the best case scenario for Twitter at this point, since the company has been struggling with user growth and retention for the past year or so, not to mention dealing with an ongoing reputation for harboring harassers. (I mean, harassment happens all over the internet, but Twitter’s had several high-profile cases.)

During the initial buyout buzz, Twitter’s stock went up, with investors excited about the prospect of the site getting a change of hands. Unfortunately, all that buzz went absolutely nowhere (at least, not yet)–and now that it’s been a couple weeks with no news of a big buyer picking up the network, investors have pulled back out. Stocks plummeted 17% at Twitter today, according to Forbes, who reports that the slide happened in after-hours trading last night.

Speculation has it that the stock price plummet happened in the wake of a Recode article yesterday reporting that sources close to Twitter’s high-profile potential buyers–Google, Disney, and Apple–stated that none of those companies intend to make an offer to buy Twitter after all. Another potential buyer, Salesforce, has started responding “no comment” to any questions about their rumored interest in buying Twitter. It doesn’t look good, folks.

Why don’t any of these companies want to buy Twitter, though? Perhaps their investigations into the social network led them to discover something that we don’t know, something that turned them off. It does seem like many of these buyers were interested initially, with many hiring financial analysts to help them draw up official offers.

I have no idea why these companies wouldn’t be interested in purchasing a relatively popular social network with a huge user-base, lots of data and potential ad sales opportunities attached. I’ll indulge in my own speculation, though: perhaps the problem is that Twitter’s higher-ups are notoriously picky about their own company and how it’s run. Maybe they heard the terms of these offers and they just weren’t willing to make compromises, even for a big-name buyer who could save them from their current financial concerns.

As Buzzfeed revealed in their extensive reporting on Twitter harassment this year, Twitter’s founders don’t want to make big sweeping changes to the way that their platform works. Twitter has indeed noticed that harassment targets tend to go viral and that users’ experience can become very unpleasant as a result, but no significant changes to the structure of Twitter have ever unfolded to address that issue. It also doesn’t seem like Twitter’s planning to make any large-scale changes to address that, either, beyond cursory alterations to harassment reporting. As a result, online harassment hasn’t actually decreased since 2014, even though media coverage of the issue has increased in spades since then, with Twitter often cited as the main offender. So, Twitter’s got a lot of pressure from media outlets (including this one). None of that seems to have resulted in any big differences, though.

What’s even stranger is that Twitter’s struggle with money and with user retention doesn’t seem to have motivated them to make big changes, either. And, if my speculation is correct, the company also hasn’t been willing to make whatever compromises would be necessary in order to intrigue a high-profile buyer.

Twitter seems to be taking New Hampshire’s motto to heart: “Live Free or Die.” Staying indie is cool, and all, but perhaps Twitter should try a more business-minded motto–such as, “Change or Die“?

If Twitter does go out of business, at least they’ll die on their own terms. Let’s not forget that their terms were “ignoring harassment even though it has resulted in users leaving.” Not exactly a noble way to go out.