Why Haven’t We Gotten a Proper Onscreen Version of Felicia Hardy, A.K.A. the Black Cat? 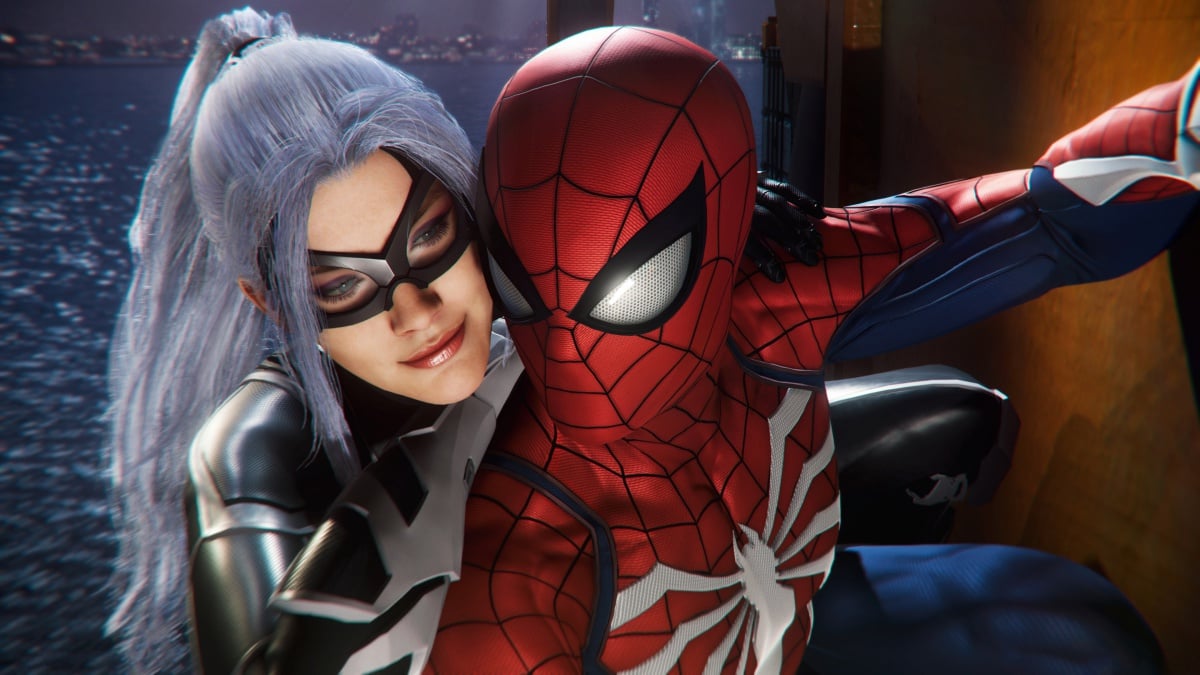 There are a lot of characters who are similar between Marvel and DC comics, not only because the companies have shared creative talent before, but also because imitation causes conversation, and of all the characters considered “copies” of another character, I think Felicia Hardy, a.k.a. Black Cat, gets the worst rap.

Considering that Catwoman has been a staple of DC Comics and Batman history since the ’40s, there’s no doubt in anyone’s mind that Marvel’s Black Cat, who was created in 1979, is based on that character. So where are they similar, where are they different, and what is Felicia Hardy as a character that can stand on her own without the Selena Kyle influence? 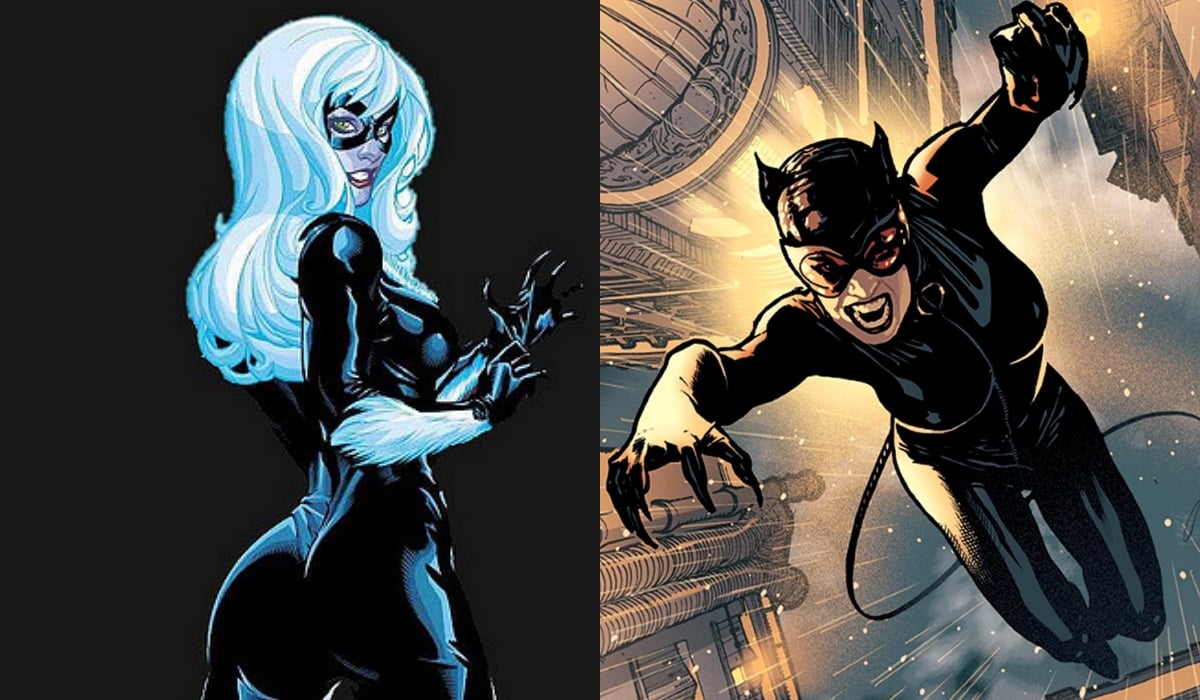 Felicia Hardy is also a cat-themed burglar who loves the thrill and adrenaline rush of being a thief. Both of them have pasts that involve abusive men.

Felicia, in comparison, was raped by her boyfriend when she was a freshman in college and began to train in martial arts and acrobatics with the ultimate goal of killing her rapist. Now, this backstory is a lot, and as someone who despises rape-as-backstory overall, I wish it was different. Felicia doesn’t get to kill her rapist because he dies in a drunk driving accident, and feeling robbed of her opportunity for revenge, she decides to take her skills and be a better thief than even her dad.

Overall, the two cat women share three core things: cat motif, love interest role, and sex appeal with a dash of trauma, but how they function within those characteristics is what makes them different. 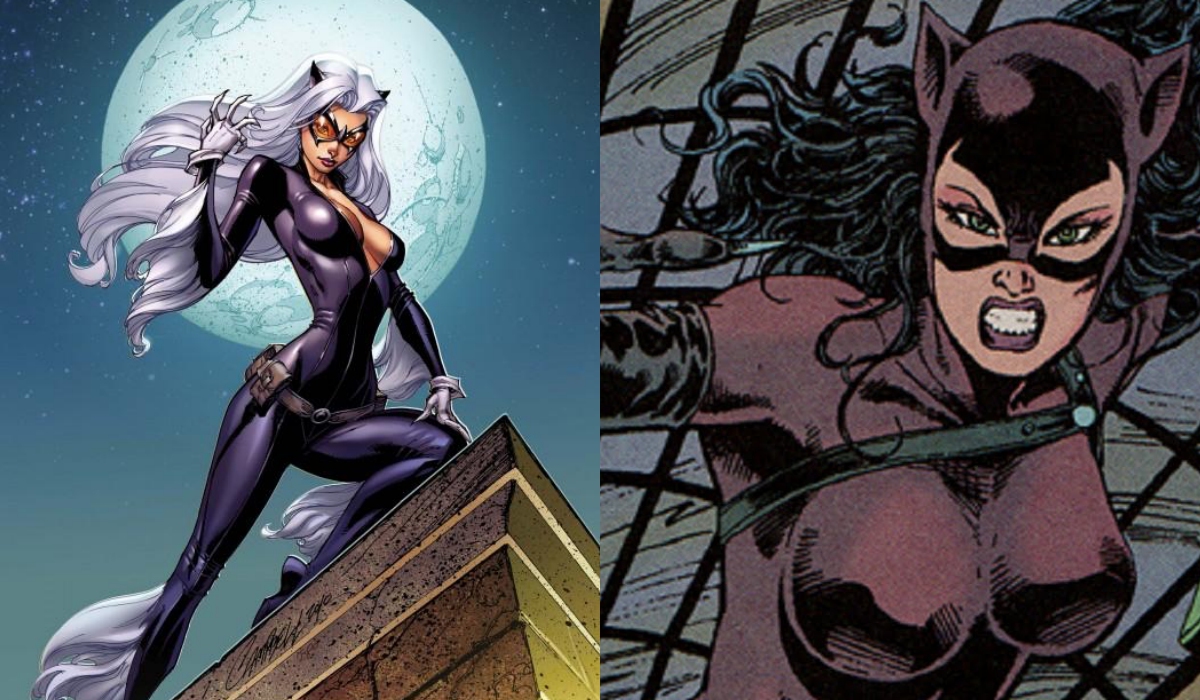 Unlike Selina, who grew up mostly on the streets according to more modern incarnations of her character, Felicia grew up as the daughter of a world-famous cat burglar named Walter Hardy. Walter taught his daughter that if she was going to do anything, she should do it to be the best, which is a mindset she took into becoming a thief.

Until her rape, it seems like Felicia had a lot of stability in her life, and her becoming a thief was less “I do this to survive on the streets” and more an “I just like to steal shit” kind of vibe. She also doesn’t have the same affinity for actual cats and animals that Selina has.

I would also say that, while they serve a similar function in being love interests to masked heroes, the way those relationships work is very different. Selena loves Bruce and Batman, with them being able to find the security to be themselves with each other in their relationship. Felicia, on the other hand, is full on Chaotic Neutral and is really into the thrill of Spider-Man, and not so much into the mundane life of Peter Parker.

In that way, Felicia is more like Batman’s other big love interest, Talia Al Ghul, than Selina.

Felicia isn’t really a giving lover and lacks the sort of empathy that Peter needs. Funny enough, the most recent issue of The Amazing Spider-Man has Mary Jane Watson in a support group talking about her relationship with Peter and saying that he should be with “Someone who could be out there with him, instead of sitting at home worrying. Someone who he wouldn’t need to worry about either, because they could protect themselves.”

However, as Jarvis later tells Mary Jane in that issue, what makes MJ a great partner is her “impeccable character and strength.” I’d argue that Felicia rarely has that. What makes Felicia a fun character is that she’s kind of a bitch. She has no sense of real loyalty to anyone, whereas Catwoman has always had supporting characters or creatures in her life to show empathy.

Felicia really doesn’t have kin beyond her dad and is really into life for the thrills, and that means being unattached to people. The closest attachment she has is Spider-Man, and while that will sometimes stop her from going full “Evil-Mob-Boss Felicia,” that line is very narrow, and not even her affection for Peter would keep her there.

Oh yeah, also Felicia has powers because of the Kingpin. Felicia can negatively affect the fortunes of her enemies. Basically, she gives out bad vibes (we all have friends like that) where she can cause someone to trip, miss an attack, fall down, or hurt themselves, keeping her opponents from harming her in battle. That couples with her reflexes make her a really strong powerhouse for someone who doesn’t have better powers or super strength.

Is Felicia her own cat person? 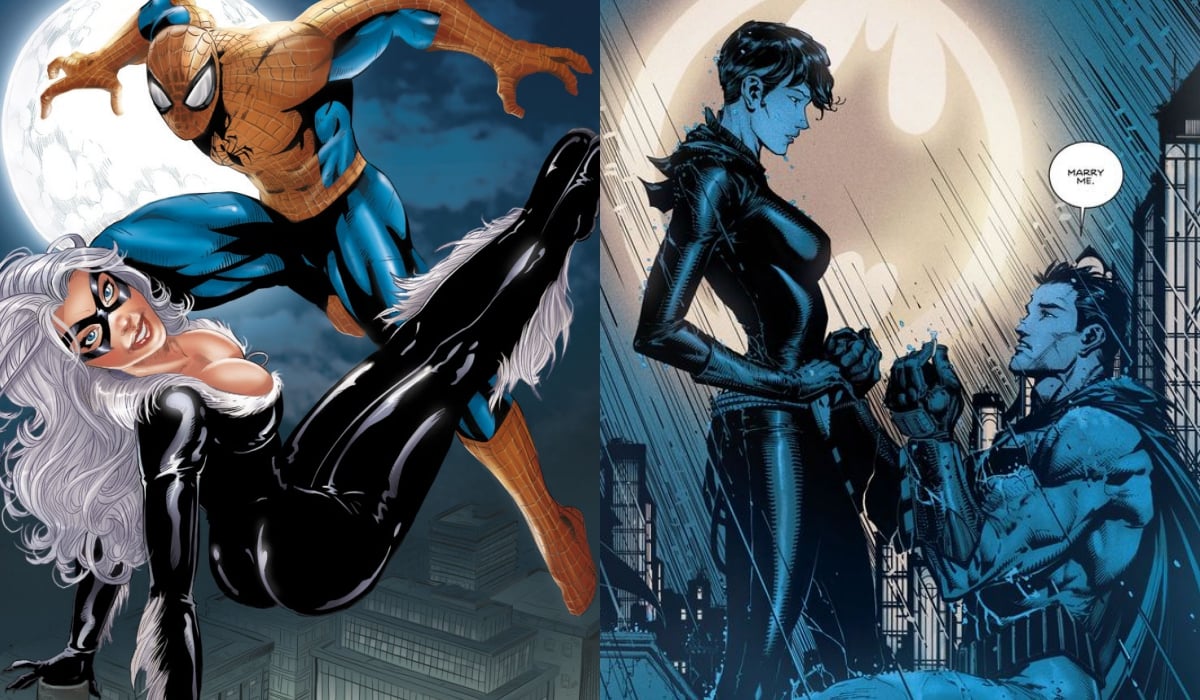 There is just something about cat women that make great bad girl love interests. Spider-Man has Felicia, Batman has Selina, and Wonder Woman has Cheetah. Yes, Cheetah.

With an all-female Spider-Women movie in the works due to the amazing success of Into the Spider-Verse, it got me thinking of Felicia Hardy and whether there is a place for her in a big Spider-Man movie. She was part of a DLC storyline in the 2018 Spider-Man game and has been in animated versions of the narrative, but never plays as big of a role as Gwen Stacey or Mary Jane.

To me, that oversight is mainly because she is too similar, onscreen, to Catwoman.

Yes, they are very similar, but despite their similarities, they have had two very different trajectories, as characters and in their relationships to their romantic partners. Having Spider-Man face off against the mob boss version of Felicia, or really make her powers work in an action setting the way Deadpool 2 did for Domino, would be a really excellent way to have the character appear onscreen and do her own thing.

The similarities have been discussed, and at this point, the only thing keeping people from seeing Black Cat as her own character is the lack of a definitive onscreen persona.

Felicia is absolutely her own character, despite the obvious shoutout, but imitation is the highest form of flattery, and there is no reason Felicia and Selina can’t be their best catselves in their own universes.

What do you guys think? Do you like Felicia, or will she just always be Selena 2.0 to you?