Little Women and Who Gets Adaptations of Girlhood 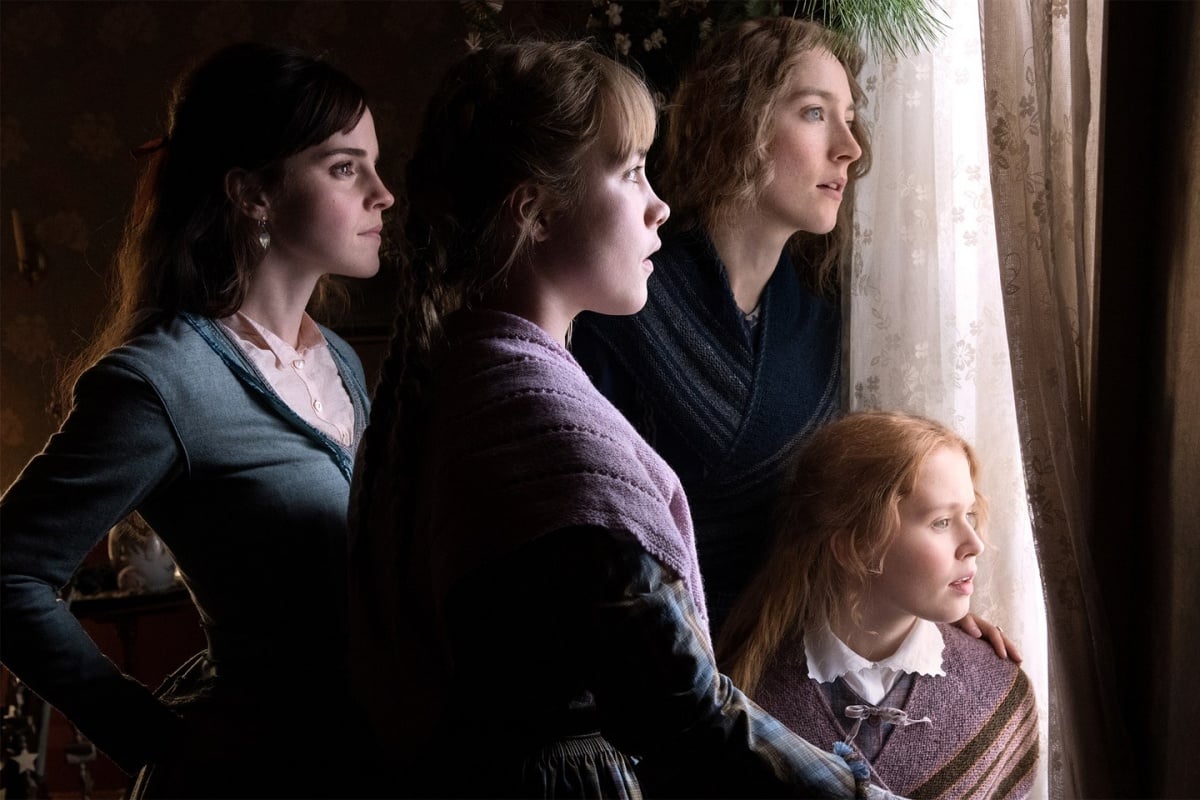 I loved Greta Gerwig’s Little Women and sang its praises happily in my review. I thought it was a well-acted, well written, delightfully modern adaptation of Louisa May Alcott’s novel. Yet I’ve had longstanding problems with how white the movie is that have not changed in the week since I’ve seen it. As been discussed, male critics are avoiding the film, and women of color, mainly Latinx women, are not getting access to screenings. This reminds me of why I find the whiteness of these “girlhood” movie so aggravating: it assumes that only white women can have a drama-free youth.

While reading Anne Boyd Rioux’s book on Little Women’s enduring literary impact, I found myself really disturbed about how all the positive examples of modern-day Jo Marches, and books/media that have been inspired by Little Women, are all white. Hermione from Harry Potter, Katniss from The Hunger Games, Lorelei and Rory from Gilmore Girls, and the cast of HBO’s Girls.

There is a chapter that shows how despite its whiteness, Little Women has touched female readers all around the world. In that I see a lot of the truth; my favorite characters from childhood are Sara Crewe (A Little Princess) and Anne Shirley (Anne of Green Gables).

What is frequently missed, while mentioning that Black women and other women of color are not forced into the same gender norms, is that Black girls are often denied their girlhood. We are labeled as “fast” the moment our body changes, and we are not seen, even, to be inherently feminine or delicate. Black girl are expected to be strong Black women from the moment we are old enough to walk alone. We are denied innocence and a genuine sense of wonder. White women get to have the assumption of innocence and ignorance, while non-white girls, especially Black and Native, are never young enough to make mistakes.

I remain critical of an all-white Little Women because a show like Anne With an E and multiple other films have been showing how you can incorporate people of color into these stories if you want to tell their stories, too. With all the work Gerwig did to integrate Alcott’s own feelings into the text, there is no reason she could not do the same for issues of race beyond one scene. Does that mean I think every white novel should be race bent on screen? No. But there is something exhausting about seeing movies about girlhood that we are all supposed to rally behind be depictions of white women.

Gerwig’s earlier film Lady Bird and Oliva Wilde’s Booksmart both are coming of age stories that center around white women. Meanwhile, when Black creators and directors do get to make movies about Black women, they are mostly treated as educational films to teach non-Black people about racism. This isn’t to discount the amazing work that people are doing, but the reality is that when men don’t watch Booksmart or Lady Bird, and minimize them because they are about young women, we are supposed to rally around them.

Yet where is the support for non-white female creators when they are making films about their own girlhood and experiences? Even Christopher Nolan has a Black lead in his next film. Christopher. Nolan.

We are finally getting an adaptation of Octavia E. Butler’s work with Ava DuVernay as a producer. One of the most important science-fiction writers ever, and it’s taken this long to see her on-screen. How many non-white classic novels have been adapted three times, two times, hell even once, in comparison to the eighth time?

I don’t begrudge Little Women‘s success, not at all—it is a book I have loved and the film adaptation is one I have genuinely loved as well. However, it doesn’t mean I’m not frustrated at the fact that Little Women can be a sentimental image of girlhood for all girls, while stories about the realities of non-white girls are treated as stories to educate. The books are out there, yet we are still waiting to see them on the big screen.