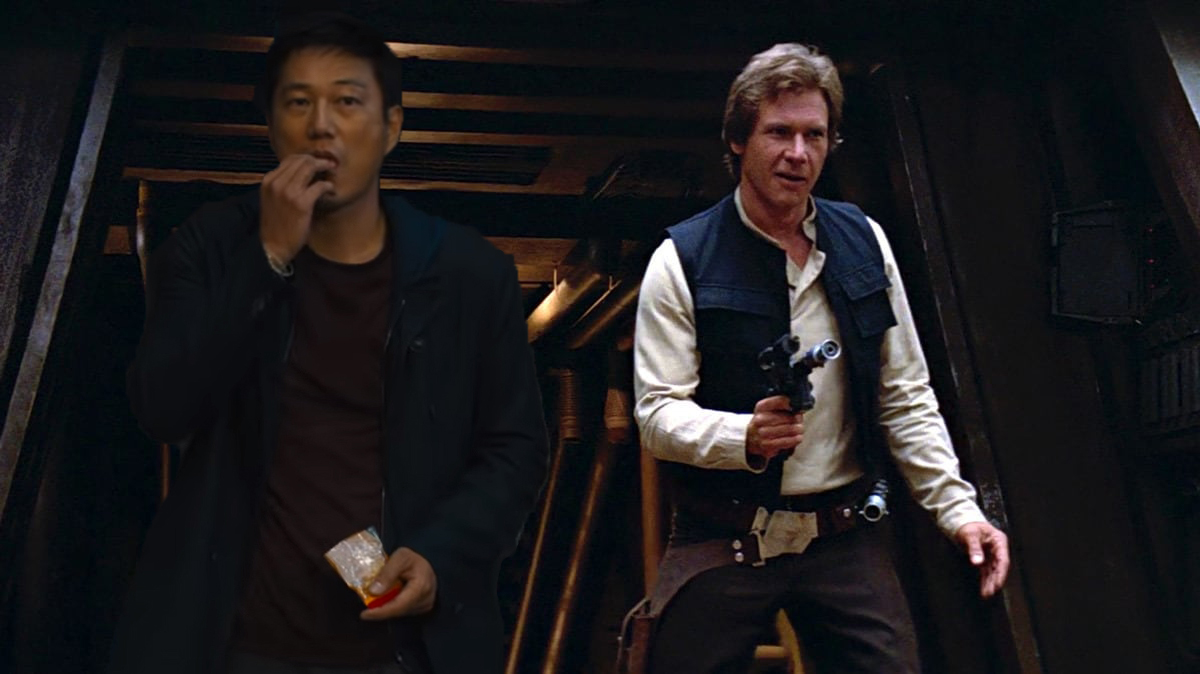 In our excitement of Han returning to the Fast & Furious franchise, many took to Twitter to share their happiness. What ended up happening, though, was that Star Wars fans thought that Han Solo was somehow back (and not just in memory). First of all, a couple of things. 1. Did they think it was just announced on Twitter that he was fine? Just hanging with a hole in his chest? and 2. Did that many people not know that the Fast franchise’s Han was a character?

Still, the break of Han Lue coming back confused Twitter-goers, and the results were a hilarious mix of heartbreak over Han Solo still remaining dead and the excitement that Han Lue has risen from the dead.

You absolute bastards, you really got “HAN IS ALIVE” trending and it had nothing to do with Star Wars pic.twitter.com/2pMUb8zyv2

When you see HAN IS ALIVE is trending, then realize its because of Fast & Furious…. pic.twitter.com/ztM5tyhILZ

When you see “Han is Alive” and “Han is Back” trending: pic.twitter.com/oQzYsYt5oz

Han is alive? He did not look well when I saw him recently. pic.twitter.com/yAxBGdMkRb

>”HAN IS ALIVE” is trending

Me: “OH MY GOD HAN SOLO IS ALIVE?! YOU MEAN #DISNEY FINALLY CAVED AND ADMITTED THAT #STARWARS EPISODES 7 THROUGH 9 WERE MISTAKES AND THEY’RE GOING TO REWRITE THEM AGAI-”

Han is Alive is trending and it’s nothing about Han Solo pic.twitter.com/Rf1nq5eXpY

This website trended “Han is alive”and it had nothing to do with Han Solo. You’re trending “Han is alive,”and it’s about the Fast and Furious movies? pic.twitter.com/UsD11aQI0c

“HAN IS ALIVE” is only allowed to trend if it has to do with Han Solo!!! pic.twitter.com/qlLuDIn382

When you find out “Han is alive” is not referring to Han Solo. #StarWars pic.twitter.com/eVXAxuZmnm

HAN IS ALIVE is trending and it’s not Han Solo! Wtf man 🤬😡🤬😡🤬😡 pic.twitter.com/aQSPppKrfA

HAN IS ALIVE is trending and it has nothing to do with Han Solo? pic.twitter.com/67H2CPBk4S

Would I take a movie about Han Solo and “Han Seoul-Oh” racing cars and the Millenium Falcon? Why, yes I would. Still, I’m very excited that Han Lue is coming back for Fast 9 and I can’t wait to see where they’re going to take his character now that he’s back from the dead.