Where We Left off With Westworld 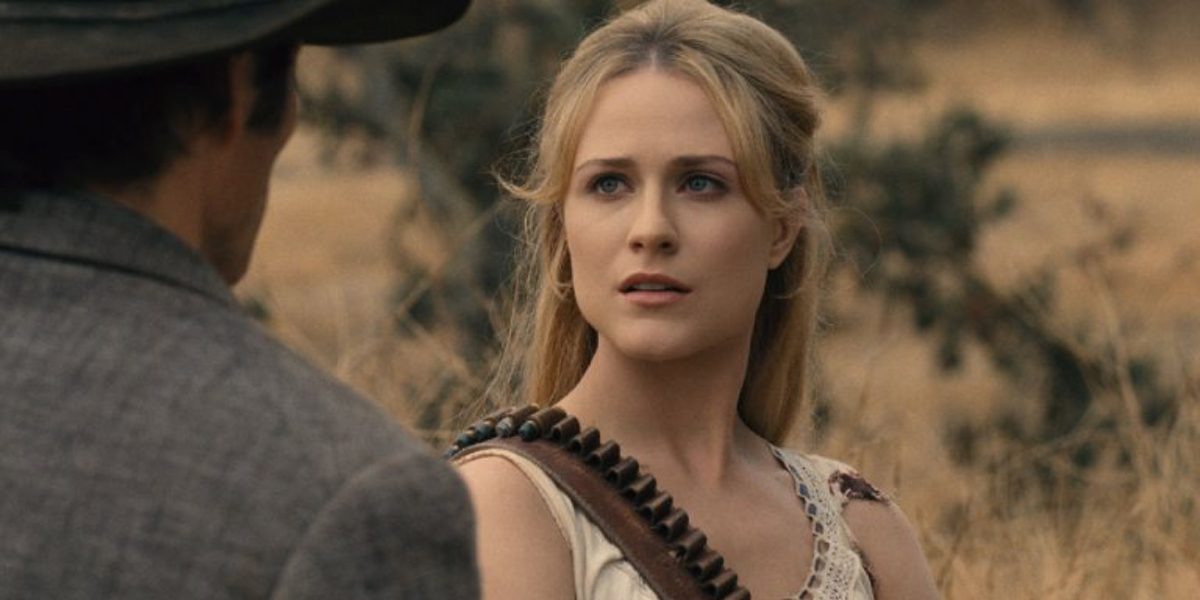 We’re just a few days away from the return of Westworld on HBO. Season three will see Dolores in the “real” world alongside Aaron Paul’s new character, Caleb. But, since it might have been a while since season two ended nearly two years ago, we figured that you might need a reboot of your memory before you resume motor functions with season three.

Things did not look good for Delos and their destination island resort parks at the end of season two. A huge number of hosts uploaded their consciousness to “the Valley Beyond”–a sort of host Heaven created by Ford where they could finally be free, while many others were just killed. Delos is back in control but has a lot of explaining to do for their stockholders and the families of the hundreds of guests who were killed and maimed in the host uprising in the last two seasons.

Will Westworld be rebuilt? What about the other parks? We saw Shogun World and The Raj in season two, which also had bloody host attacks, but not to the scale of Westworld. Will they or the other parks be operating when we start season three? It looks from the trailers like a World War 2 themed park is still going strong, with a familiar face …

At the end of last season, things were not looking good for our favorite Madame-turned-Messiah. Maeve succeeded in finding her daughter only to discover she had a new mother. In an act of compassion and sacrifice, Maeve saved them both and allowed them to pass into the Valley Beyond, but then was “killed” herself.

Of course, Maeve is impossible to keep down. Her body and unique code were salvaged by her technician friends, Felix and Sylvester, and it looks like she’ll be back in season three with a new mission and a new enemy: Dolores.

After a bloody and tumultuous journey, the led them to The Forge–the place where all the park’s information on its human guests was stored–Dolores determined she had learned all that she needed from the record and attempted to destroy them. Along with the Valley Beyond, but was taken out by Bernard, who was dealing with his own consciousness issues.

That wasn’t the end for her, however, Bernard built a host copy of corporate head Charlotte Hale’s body and placed Dolores’ brain pearl into it, and that copy killed the real Charlotte. Dolores and Charlotte finished her work, and instead of destroying the Valley, moved it to a secret location where the hosts that made it in would be safe. She also uploaded her lover Teddy’s consciousness to the Valley. She also killed Bernard.

In Charlotte’s body, Dolores made it past QA head Ashley Stubbs, who may also be a host, and got on a boat to the mainland. Once there, she rebuilt a Dolores body for herself and rebuilt Bernard, as he represented a different part of her and different paths. The Charlotte body was there as well with an unknown host inside her.

Dolores and Bernard both ended the season on different sides of Dolores’ coming war to end humanity.

The Man in Black

William, after killing his own daughter who he assumed was a host, wanted to destroy the Forge as well, so he might fully die without any virtual copies of him continuing. This didn’t work out for him, as Dolores injured him and knocked him out before she and Bernard entered the Forge.

Despite his injuries, he was seen being retrieved by human authorities at the end of season two. He was in bad shape, but he was also human.

In the most mind-bending of twists, an after-credits scene in the season two finale showed William getting up after Dolores knocked him out and walking into The Forge. But it was a ruined, crumbling version of the facility where he met a host version of his daughter, Emily. He was being tested for “fidelity” which means that at some point in the future, in the war between host and humans, the host may have won?

We hope this catches you up on where we are going into season three.  For more great, detailed Westworld content, I can’t recommend Kim Renfro’s comprehensive work over on Business Insider enough, including her detailed chronological timeline of the series. Essential reading.