Where Was the Feminism in 'Funny Girl'? | The Mary Sue

Retro Rewatch: Where Was the Feminism in Funny Girl? 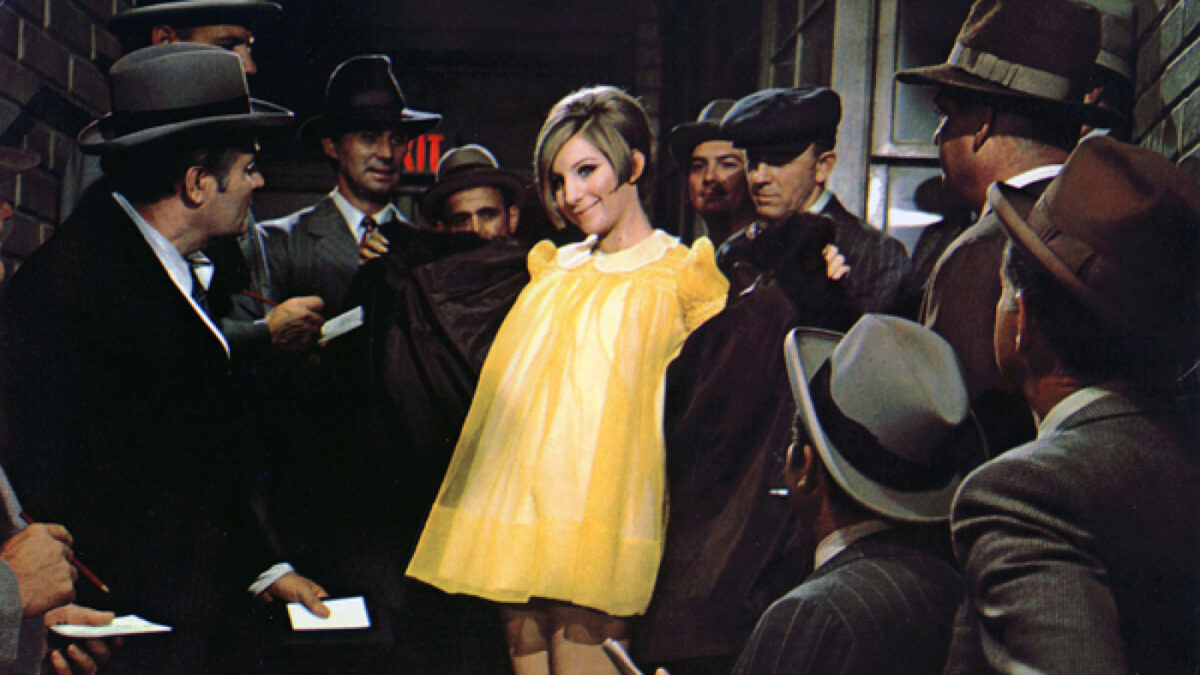 In my need for nostalgia during the stress of the election, I went with old movies I remember watching with my grandmother. Started with White Christmas, moved on to Auntie Mame, and then finished up with Funny Girl. And while I still loved the music and iconic performance by Barbara Streisand, I was left so disappointed by the fact that the whole movie was chained down by a story that reduces Fanny Brice only to her relationship with one incredibly crappy man.

First off, and it will not surprise you to hear this, Funny Girl is not an accurate picture of the life of Fanny Brice. Her relationship with Nick Arnstein (played in the film by Omar Shariff) was certainly dramatic and chaotic, with Arnstein going to prison multiple times and eventually disappearing from Fanny’s life.

But in the movie, Nicky Arnstein is somehow both Fanny’s savior and her downfall and it’s all because Fanny, despite all her success, only cares about the opinion of the one man who makes her feel pretty.

From the start of the film, so much of the narrative is obsessed with the idea that Fanny is funny because she’s not pretty. And sure, that’s fine, I guess(?) but Barbara Streisand is extremely beautiful, just in an unconventional way. Still, despite showing us in the blockbuster’s first song “I’m the Greatest Star” that Fanny is destined for the stage and loves it like nothing else, the story takes a hard right turn the second Fanny finds success because what. She’s got her career! But what she really wants is a boy. Why?

And yeah romance and relationships are big, but Fanny Brice wasn’t in actuality a virgin who had never been kissed when she met Nick Arnstein. She was already married and divorced by that point, but I guess that’s not an interesting enough story. The stage musical and movie had to reduce this incredibly successful and influential woman to spending her whole biography mooning over a garbage guy.

And Nick is garbage. Sure he’s pretty (as the film reminds us many, many times) but he’s also emotionally unavailable, sexist (he wants to be the big earner cause he’s a MAN!) and, oh yeah, a compulsive gambler and a criminal. Fanny doesn’t need anything from this guy, but the film wants us to believe that because he’s the first guy that ever smiled at her (which is absurd!) Fanny is willing to throw away her everything for him.

Eventually, Fanny and the film come to the correct conclusion that Nick is a bad guy and bad for her and they are both better off apart, but it’s played as a tragedy, not a liberation. As Streisand belts out Brice’s own most famous song, “My Man,” it does touch on the bittersweet edge of a woman who was so famous and successful who was mixed up with such a loser. But I still hate that this movie places all of Brice’s self-esteem and self-worth in the hands of a man who never truly valued her.

I guess this is what happens when we look back at a lot of older films, however. There are endless examples of biographical movies and shows that rely on a love store as their central plot rather than the more interesting aspects of someone’s life. I just wish that a movie full of so many great songs was more concerned with the ways that this remarkable woman succeeded, rather than the miracle of any man loving a woman who wasn’t conventionally pretty and her nearly ruining her life for him.

Still a great movie, though, despite everything.