Where Are the Female Werewolves in Television and Movies? 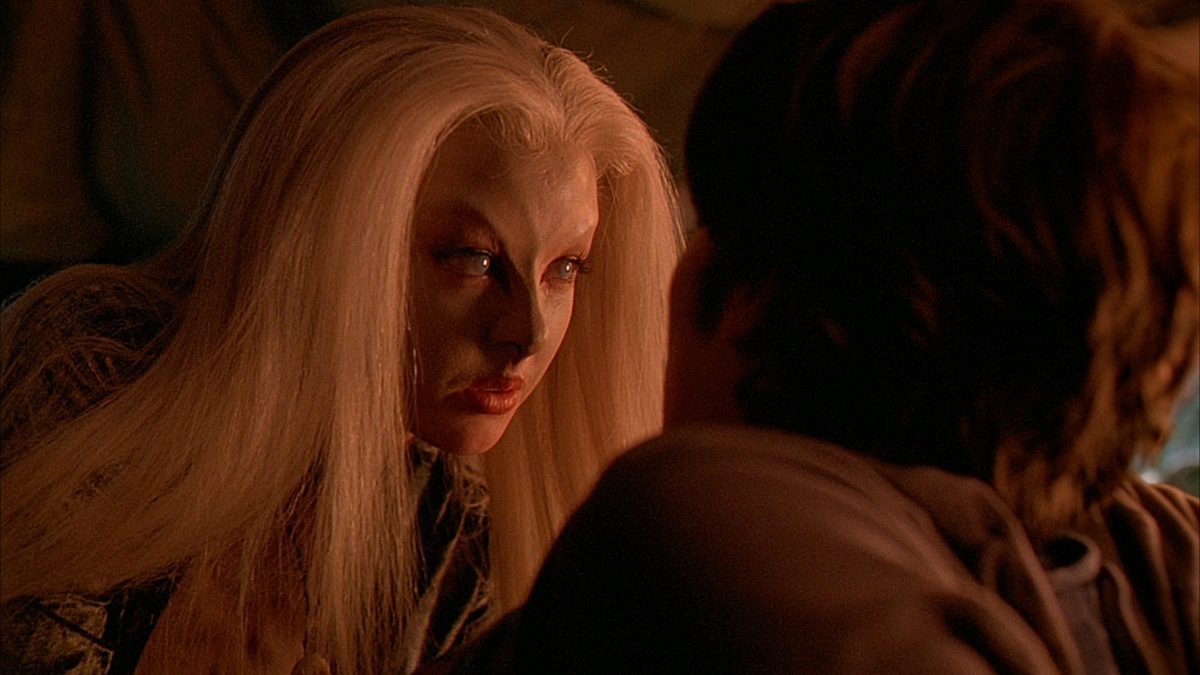 Yes, Halloween is over, but though we spent the month talking about our favorite female witches and vampires, there’s one supernatural bad girl that still doesn’t get a lot of love and attention, and that’s female werewolves.

One exception is the genre of urban fantasy, in which there are plenty of female werewolves, as in the Mercedes Thompson Series, Otherworld series, Blood and Chocolate, and so on, but when it comes to the screen, whether it be the big or small one, there’s a lot less—not to mention that a lot of times, when we do get female werewolves, they often don’t get a lot of respect.

Though there are gems like Ginger Snaps and Trick r Treat, there is also a lot of sexism when female werewolves are onscreen. That includes a lot of implications of an inherent bitchiness and due to there usually being more men than women represented, they are usually talked down to by other male werewolves.

Bitten, based on the Kelley Armstrong series, is one of the few series that actually revolves around a female werewolf. The main character, Elena, is the world’s only female werewolf because hereditary werewolves are always male, with lycanthropy passed from father to son. Elena was forced to become a werewolf when she was bitten by her ex-boyfriend. Her early major emotional conflict is, as you guessed, that she wants to be “normal” and resents, in many ways rightfully, becoming a werewolf.

Among the many deaths that happened during Teen Wolf, one of the most disappointing was the female werewolf, Erica. Not only was she one of the few female werewolves we had early on, but her death was also unceremonious, as her body was left in a storage closet in season three. Erica’s death was a big deal because, in season two, there had been three werewolves created by Derek Hale to form his new Pack: Erica, a woman; Vernon, a black teen; and Isaac, a cute white dude.

Guess which one survived the slaughter of the Hale pack? Yup. Just Isaac.

In True Blood, Debbie Pelt is a drug addict, as well as a pathologically jealous and evil person who both cheats on and emotionally abuses Alcide Herveaux. She is one of the very few female werewolves on the show, and she embodies every trope: bitchy, aggressive, jealous, and manipulative. While she does briefly “reform,” she eventually turns on Alcide because of her desire to be a mother.

On that note, gender roles particularly relating to motherhood come up a lot in werewolf stories.

Twilight‘s Leah Clearwater (an unsung hero of the series in my humble opinion) is the only female werewolf in the Quileute pack and functions as Jacob’s second. She spends most of the series being portrayed as petty and resentful because her boyfriend Sam left her for her cousin Emily, because of imprinting. She’s angry (rightfully so), and because she can’t handle her ex’s “true love” gracefully, most of the pack mistreats her.

The other issue that causes Leah to lash out is the fact that turning into a werewolf means that her menstrual cycle stops. (Why? Wolves are mammals, some female wolves never even go through menopause, and male werewolves can still reproduce … I do not know). She tells Jacob in Breaking Dawn, “I’m a genetic dead end and we both know it.”

Ginger Snaps has Ginger’s first period coincide with her being bitten and subsequently transformed into a werewolf. As her menstruation begins in connection to her lycanthropy, she becomes sexually and physically aggressive towards others.

Why do these tropes exist? Well, it has to do with the role that the wolf has played in supernatural fiction, because wolves in Europe and the Americas were seen as a threat to young people, livestock, etc., they became synonymous with predators. Sexually predatory men were called wolves because they preyed on “sheep,” metaphors for innocent (white) women.

So when you code a creature as male in fiction, even though there have always been stories of female werewolves, there is a tendency to always view them as such. Vampires have always leaned towards the feminine, and while there are not as many female vampires as I’d like, they are usually at least present.

Werewolves are usually big, hard-bodied, hairy, raw uncut males. As a result, the women are often given the worst traits from wolf lore. Wolves are highly territorial and mate for life? Jealous and bitchy. Sexual aggression is usually not a thing in most wolves, outside of their own mate, but that’ll still be a thing because of “heat.”

One trope that is very exhausting is that female werewolves are hardly ever as powerful as any male in the story. On The Vampire Diaries and The Originals, despite a werewolf bite being able to kill a vampire, it was very much only during a certain time, and most female werewolves were relegated to the back burner in some way.

I’d love for there to be more well-rounded female werewolves in media simply because werewolves are badass. Let a woman have ownership of that power, that strength, that animal magnetism without shaming her or writing her to be the constant token woman trying to rise up in a male-dominated pack (hello, movie adaptation of Blood and Chocolate).

We’ve gotten some great vampire series, witches have their time here and there, but with some rare exceptions, the werewolf remains the bridesmaid, never the bride of the the supernatural creature family. I mean, they don’t even have any on American Horror Story.

At least we have Anna Paquin in Trick r Treat and Ginger.

Of the female werewolves you’ve seen, which are you favorites?