WHERE IS THE 'ALADDIN' TV SHOW, DISNEY+? | The Mary Sue

WHERE IS THE ALADDIN TV SHOW, DISNEY+?

And The Legend of Tarzan, and Cinderella 1997? 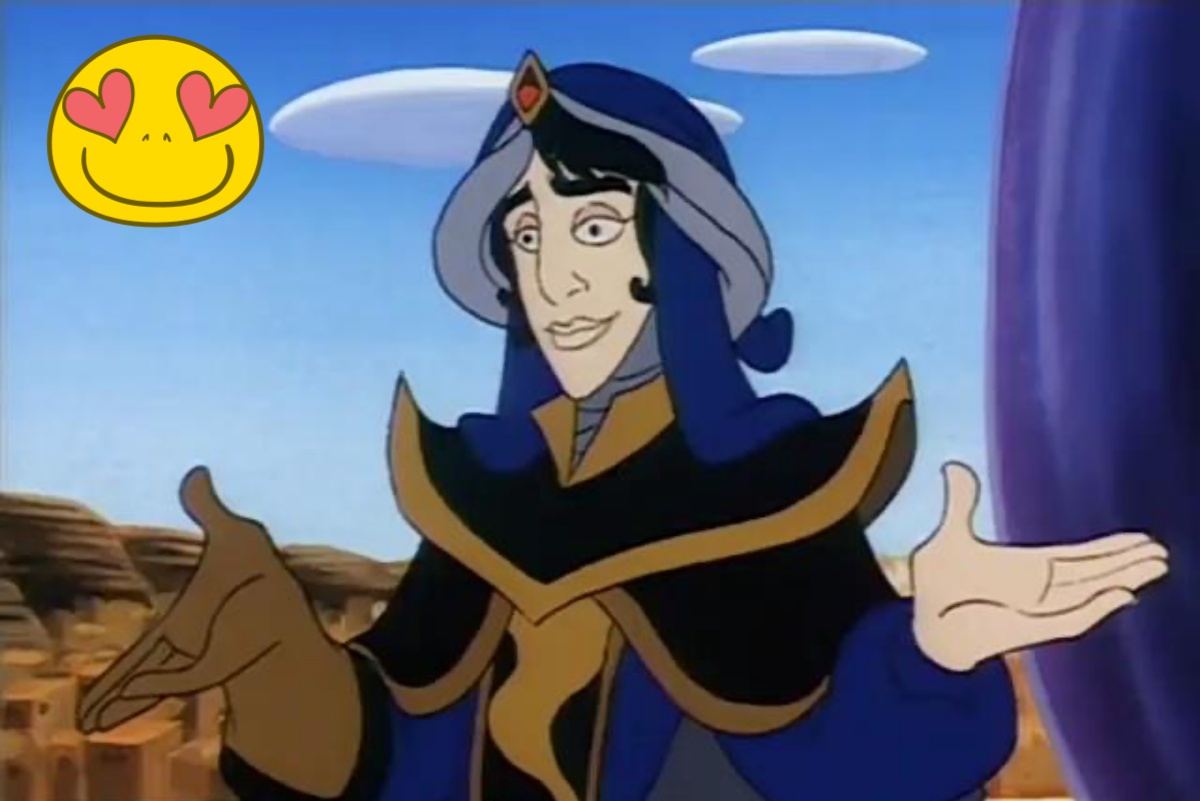 One of my favorite memories as a young pop culture watcher was when we got cable and I was able to watch Disney’s Princess Power Hour, which had The Little Mermaid and Aladdin animated series. Both of these series added layers to their source material, broadened the world-building, and in the case of The Little Mermaid series, actually got me to like Ariel.

So, when I handed over my money to Disney and they promised me the vault, I expected the whole plate. Imagine my chagrin when I log into Disney+ and see that they have Timon and Pumba, The Little Mermaid, and Hercules, but the Aladdin TV show is missing.

You let me down, and I don’t deserve this.

The show aired from February 6, 1994, to November 25, 1995, and it featured Dan Castellaneta taking on the role of the Genie, since Robin Williams was upset about the way that his involvement was used in marketing for Aladdin despite his wishes. It was sandwiched in the canon between Return of Jafar (1994) and Aladdin and the King of Thieves (1996). What I loved about the series was that it showed the cast of Aladdin going on adventures—especially Princess Jasmine.

One of the things about Jasmine is that, due to plot reasons, she doesn’t as much to do as we’d like in the original movie, but she has a ton of personality and spunk. The animated series delivers on that, allowing Jasmine to be the hero of several episodes, shown to be equally as capable as Aladdin, if not more. Also, due to the timeline and the events of The Return of Jafar, the decision to just date for a while rather than just get married right away factors in. Because they are engaged, Aladdin spends time learning how to be a leader, and Jasmine gets to enjoy the newfound independence she wanted at the beginning of the 1992 movie.

Within the 86 episodes, they created a bunch of fun original characters like Mozenrath, the evil sorcerer who was initially going to be Aladdin’s half brother, though that was revamped to bring in Aladdin’s father (release the Mozenrath cut!); Sadira, a street rat like Aladdin who becomes sand witch (and one of my personal favorite characters); and Mirage (voiced by Bebe Neuwirth) as this cat-like enchantress holding powers over illusions, dreams, and shadows. She was amazing.

I loved this show, and I love (despite the voice acting) that it was a show with a lot of brown characters, good and bad, and that it gave us a fuller look at Jasmine. Disney+ has seemingly taken over everything right now, but I’m saddened by this omission of this series, as well as The Legend of Tarzan animated series, which introduce the Waziri tribe from the Tarzan novels and gave them dignity (it helped the tribe leaders were voiced by James Avery and Phil LaMarr, and Queen La was voiced by the Diahann Carroll), and Rodgers & Hammerstein’s Cinderella with Brandy.

We let you take over the entire world media, Disney, so you are supposed to give us all the media. Now, release The Weekenders and Pepper Ann!