Joss Whedon Won’t Have To Screen Much Ado About Nothing In His Backyard! Lionsgate To Distribute. 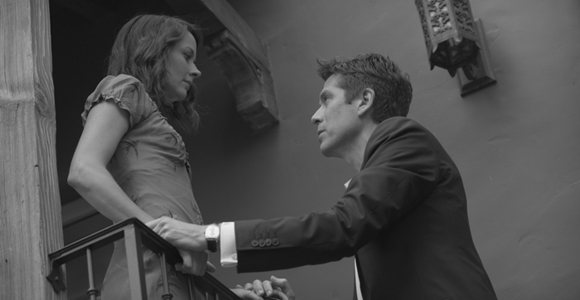 Frankly, I wouldn’t put it past our pal Joss Whedon to premiere his Shakespeare film, Much Ado About Nothing, in his own backyard. We knew it wouldn’t come to that of course, but he did film it all at his house while shooting The Avengers, and he’s not a stranger to unusual distribution in tough times. Regardless, Roadside Attractions and Lionsgate have bought the North American rights to the film. All is well.

It’s not too much of a stretch. Roadside/Lionsgate were the ones who release Drew Goddard and Whedon’s Cabin in the Woods this year.

“I’m thrilled to be working with my cronies at Lionsgate again, and with the Roadside team,” Whedon told The Hollywood Reporter. “That they all embrace a Shakespearean romance with the same enthusiasm they had for Cabin in the Woods shows that they’re exactly the mad fools we want to be partying — I mean working — with.”

Granted, they’d be stupid not to. Whedon has always been a treasure to us but now when Hollywood looks his way, all they see is dollar signs. You can thank the $1.5 billion Avengers box office for that.

“We’re so happy to once again be working with Joss Whedon after our great experience on Cabin in the Woods,” said Lionsgate’s president of acquisitions and co-productions, Jason Constantine. “Who else can tackle horror, superheroes and Shakespeare all in one year? We look forward to working closely with Bellwether Pictures to help audiences discover this wonderful and timeless comedy.”

Much Ado features Whedon favorites Amy Acker, Alexis Denisof, Nathan Fillion, Fran Kranz, Jillian Morgese, Sean Maher, Clark Gregg and Reed Diamon. Now that this side project is all but settled, the creator can focus on everything Marvel for the next two years.