Whedon Snuck A Whedonverse Actor Into The Avengers | The Mary Sue

Joss Whedon Snuck One Of His Whedonverse Actors Into The Avengers 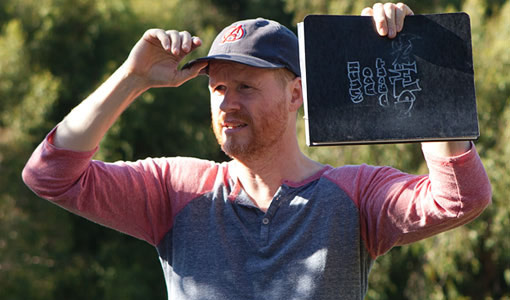 Joss Whedon is well known for re-using his favorite actors in multiple projects. We’ve seen crossover between Buffy the Vampire Slayer, Doctor Horrible, Dollhouse, and most recently, The Cabin in the Woods (plus lots more). But what we were really hoping for was one of those oft-used actors to wind up in Marvel’s The Avengers. Well, it’s happened. We’ll narrow it down for you, this particular actor was on Buffy but Whedon has used the person elsewhere, too…

Got your guesses in? The answer is…

That’s right, Wesley Wyndam-Pryce from Buffy (and Angel), also Senator Daniel Perrin from Dollhouse, and Benedick from Whedon’s upcoming Much Ado About Nothing adaptation.

So who is Denisof playing in The Avengers? Well, no one, really. He’s listed as “The Other,” which most likely has no bearing on the story. Then again, there was a Spider-Man crossover story called “The Other,” so who knows? Maybe Whedon is planting little Marvel easter eggs throughout the film.

But Denisof isn’t the only Whedonverse actor in The Avengers, Enver Gjokaj from Dollhouse also has a small role in the film as a “Young Cop.” You might also count Thor himself, Chris Hemsworth, since he recently starred in The Cabin in the Woods (and I know I wasn’t the only one hoping for a SMG cameo in that film!). Edit: Jeremy Renner (aka Hawkeye) was in an episode of Angel once, so he counts too!

We still aren’t sure when we’ll get to see Denisof in Much Ado About Nothing but the film also features Amy Acker, Clark Gregg, Nathan Fillion, and Sean Maher.